An aerial view of the stunning property, which is on the Tragumna side of Skibbereen Whitty/pictureitsold.ie)

From Orange County in LA, the new owners of the celebrity favourite, Liss Ard outside Skibbereen, have reopened the estate after a five-month closure for a massive renovation

THE new co-owner of Liss Ard in Skibbereen, like a lot of people, enjoys starting his day with a 10-minute meditation.

Except Michael Johnston gets to do it in the world-famous man-made crater on the grounds of the 163-acre estate on the edge of the West Cork town.

That’s better known as the Sky Garden installed by US artist James Turrell in 1992, and specially designed as an inspirational place to stretch out and sky watch.

It’s one of the ‘gems’ that Michael, and his business partner and pal of over 20 years Colin Best fell in love with when they first visited Liss Ard.

From Orange County in LA, Michael and Colin have just reopened the estate after a five-month closure to allow for multi-million euro renovations.

The pair bought the Victorian pile in January 2021 for €3.5m, and Michael said they’ve put ‘more than what we spent back in.’

His enthusiasm and respect for the 26-bed property is obvious.

‘They just don’t make buildings like Liss Ard anymore,’ he said. ‘The bottom line can drive things and the same focus isn’t put on things like the grounds anymore.’

As well as the Sky Garden, it was in fact the grounds – a mix of manicured gardens, woodlands and 40 acre lake – which also convinced Michael and Colin that Liss Ard was the property for them. 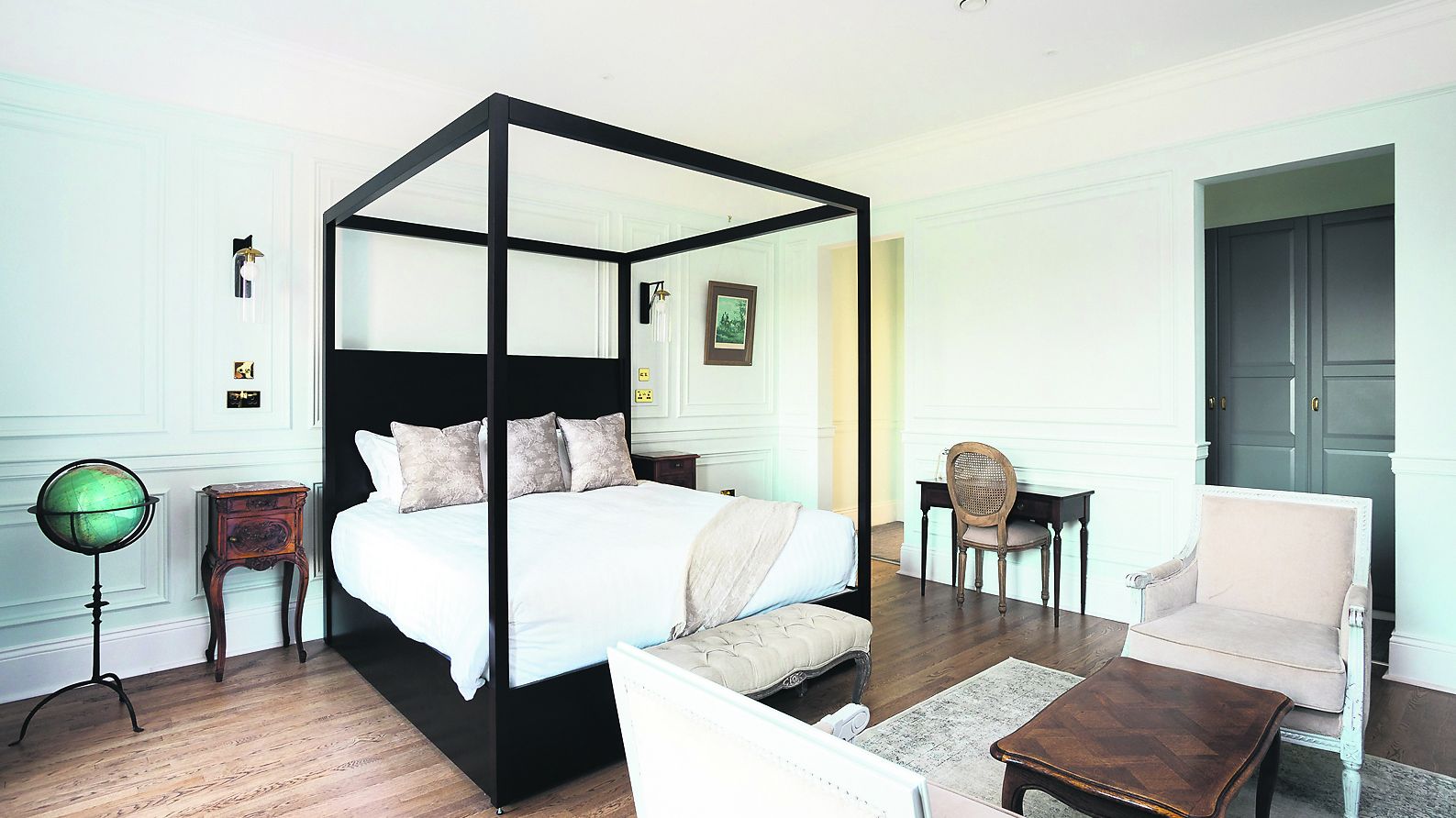 The 12km of trails on the grounds have also been a big hit with avid runner Michael, who has spent the majority of his time living in Liss Ard for the past two years.

The estate opened for a time under their management last year when Covid restrictions lifted.

‘We were short on time to get renovations done so we concentrated on the common areas, but the property was very tired, the interiors were tragic,’ said Michael.

The overhaul was a real family affair with Michael’s dad consulted on the relocation of the bar, while Colin’s wife Evelyn, a lawyer, oversaw the interiors.

Architect was Marc Ó Riain at Kinsale-based RUA Architects with all local trades people involved, and working round-the-clock to get the doors open last weekend.

The vibe is elegant, understated and calm. Michael said they didn’t want the refresh to overshadow the natural beauty and character that was already there. 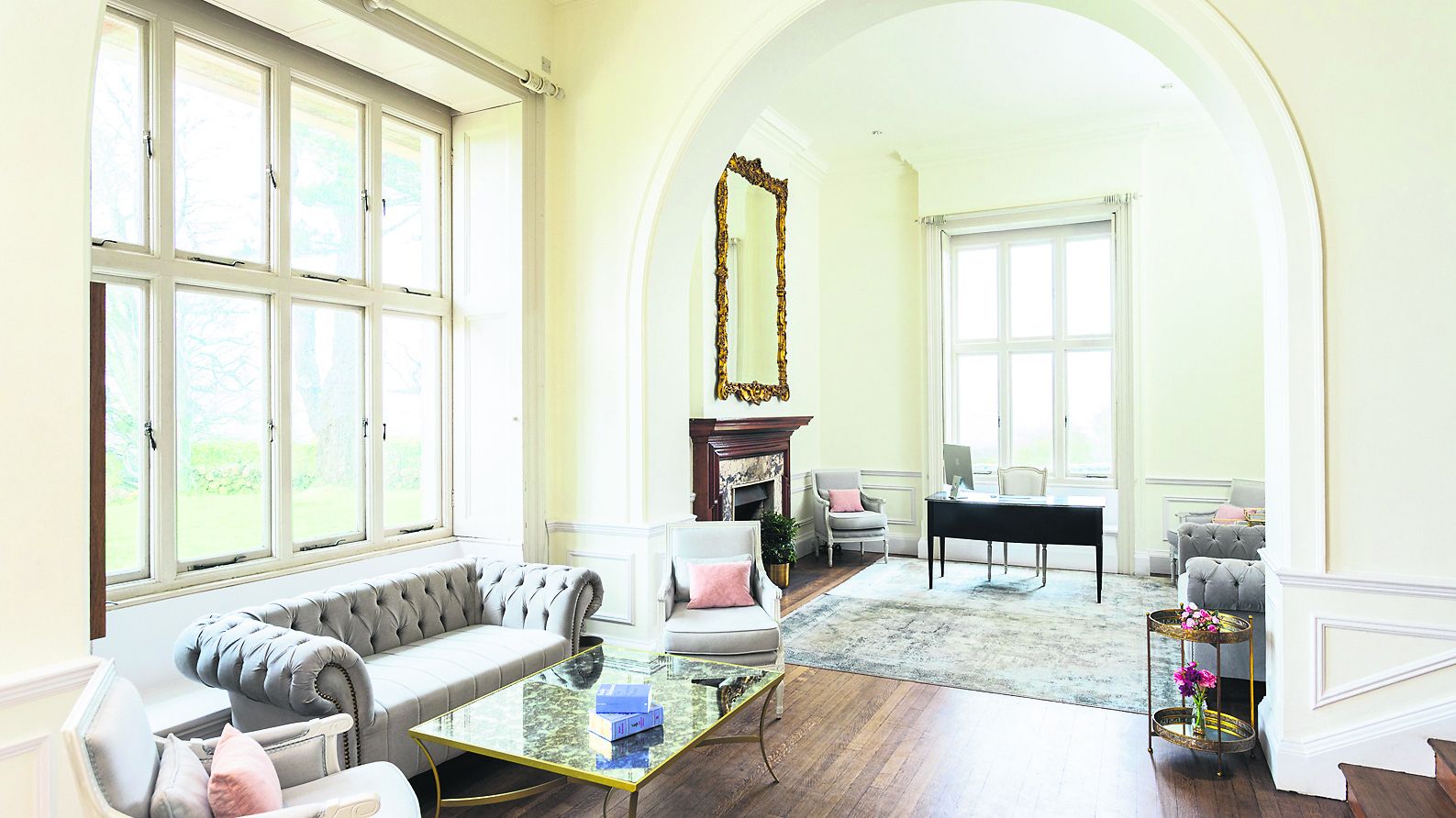 Stripping back carpets revealed original tiles and herringbone flooring which have been restored to their former glory.

The Southern Star enjoyed a tour a few days before the reopening and it was a case of all hands-on-deck.

But Michael was impossibly relaxed – you could tell he’s done this kind of thing in lots of places before.

And relaxation is what he wants Liss Ard to be all about, plugging-out and switching off even if the place is Instagram friendly (a bath tub in the bedroom couldn’t be more picture perfect!).

A beautiful library complete with a record player and vinyl is designed to help guests wind down with a mix of communal and more intimate spaces.

There are also cabins where guests can enjoy an inspirational yoga session or workout overlooking the lake. These spaces will open in early summer, along with the Lake House.

Robert Collander, formerly of Baltimore’s Michelin restaurant Mews is a partner in Liss Ard’s restaurant where head chef is Alex Petit, who needs little introduction in West Cork. The clientele includes locals, (and Michael is very keen for them to be a part of Liss Ard), and Wild Atlantic Way visitors, ‘anyone looking to escape the world for a while.’

And he doesn’t just want them to have a good time in Liss Ard, he wants the same for his staff. Like everyone in hospitality, the challenge to find staff is real and relevant, he noted.

‘When Covid hit, people left the industry and they’re not coming back which is a pity. The hospitality sector really helps keep the community together,’ he said.

He is also offering accommodation to two up-and-coming artists to come and ‘be inspired in Liss Ard.’

‘There’s no mandate. It’s our way of helping them make a living, and giving back.’

Overall he’s feeling ‘bullish’ for what’s ahead and he and Colin are already searching for their next ‘gem’ of a property to bring back to life.

Manor home with a colourful history

The manor was built in the 1850s, and was associated for many years with the O’Donovan Clan.

It has had several international owners, and at the end of the Cold War era was acquired by a Swiss spymaster, Colonel Albert Bachmann for his government, in the event of a Soviet invasion or nuclear drift coming to Switzerland. That’s when the estate’s much talked about nuclear bunker was installed which Michael now believes is used as a water tank. 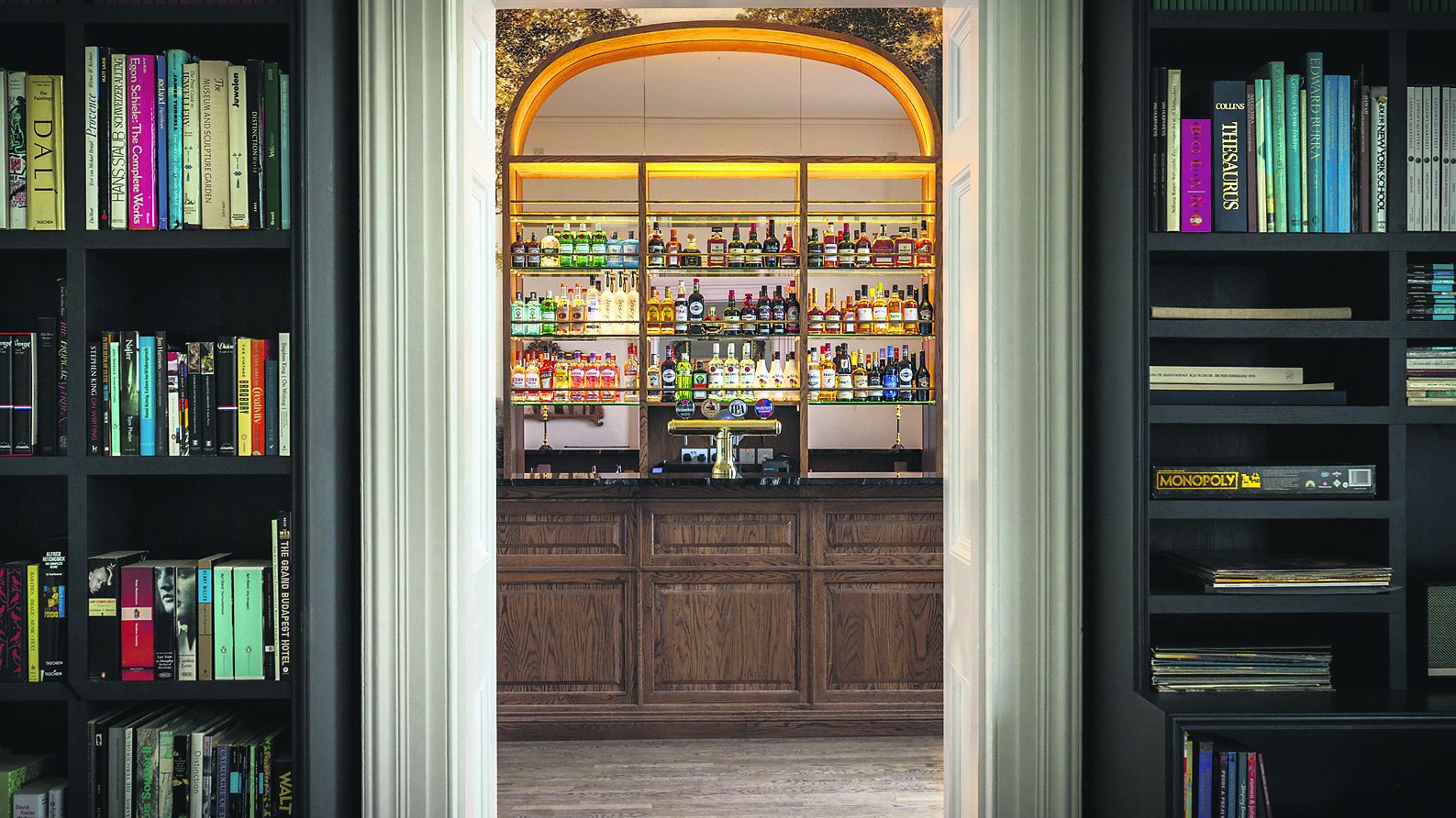 The attractive bar and libray in the recently reopened hotel. (Photo: Niamh Whitty/www.pictureitsold.ie)

The estate has been a favourite of celebrities including Lou Reed, Sting, the Gallagher brothers from Oasis, Van Morrison and U2’s Bono – the latter celebrated his birthday there in 2016. The piano these musicians played on is still in the hotel. The cast of the most recent Star Wars instalments also stayed there when they were filming at Skellig Michael with star Daisy Ridley gushing in her love for the place.

Owned by the Swiss Stern family for the past 25 years, it went on the market in 2016, with an asking price of €7.5m, before dropping to €5m, and was bought by Michael and Colin for closer to €3m.