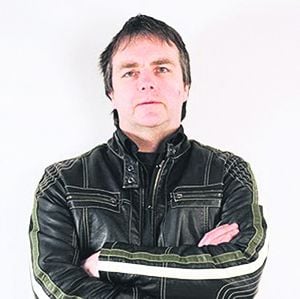 THE Biblical phrase: ‘There is no greater love than to lay down one's life for one's friends’ described Barry Ryan’s final actions in life, but also how he lived his life.

On behalf of the Ryan family of Foxrock and the Davis family of Lackahane in the Parish of Rath, near Baltimore, Danny Kenny, his brother-in-law, read the eulogies at the requiem mass on Sunday, July 5th.

Eulogies are meant to honour the dead, but both of the family tributes, and a personal message from Danny Kenny, revealed details about Barry Ryan’s life that others might not have known.

Barry, who died trying to save Barry Davis Ryan, his son, and his son’s girlfriend, Niamh O’Connor, on the evening of Tuesday, June 30th last, had also saved another man’s life, a total stranger, on the streets of London.

The Davis family said: ‘Barry became part of our family as far back as 1988. He was working in London at the time and befriended our brother, Donal, who had fallen on hard times.

‘Barry contacted the family and within three weeks, had organised and reunited Donal with his family. Our mother, Hannah, was overjoyed to have her eldest son back home. Our family was indebted to Barry for his kindness and compassion.

‘Barry was a very spiritual person and a free spirit who always put others first, especially those in greatest need. Barry came home to Dublin and through our dear, since departed, brother met Ann and was immediately besotted.

‘Their relationship grew and they brought three beautiful children into the world: Arthur (24), Barry (20) and Charlotte (12). Barry was a kind, generous father and partner.

‘He had a keen intellect and he loved poetry and literature. He himself wrote a children’s storybook called ‘Puffer the Tugboat’. His dearest wish was to have it published and he did. Barry had great faith: every week he practiced with the Dundrum Church Choir and he sang at Sunday mass.

‘Baltimore was Barry’s second home. He worked in Dublin and commuted every week to his family. He was much loved and respected in the community. Our heartfelt thanks to close relatives, neighbours and friends in this wonderful community for their support to Ann, Arthur, Charlotte and all the family.

‘A special thanks to Pauline Reid, the Garda Liaison Officer, for assisting the family in this very difficult time and to all the emergency services. Baile o Dhia ar an obair iontach, iontach go leir! Agus go raibh mile maith agaibh!

‘Our prayers are now for Barry Junior that he may be brought home safe to rest in peace with his beloved Niamh O’Connor.’

Three things that stood out

IN his own personal tribute, Danny Kenny said: ‘Of the many interesting and wonderful things Barry did in his life, three in particular stand out for all to witness: He loved Ann, Arthur, Barry and Charlotte completely and faithfully; as a Good Samaritan and true Christian, he was the key to bringing Donal home to his mother, Hannah; and on Tuesday, June 30th, without any regard for his own well being and personal safety, and without hesitation, he sacrificed his own life in an effort to save his son, Barry Junior, and the lovely Niamh O’Connor. And any one of these three things made him a great man!’

Reading some special words from the Ryan family, Danny Kenny said: ‘We are deeply grateful to the RNLI, the Irish Coast Guards, Naval Services, Baltimore Rescue Services, the Gardai, and every volunteer for all their commitment, tireless work and support throughout our family tragedy.’

The Ryan family also thanked Garda Pauline Reid saying: ‘without her we would not have got through the last few days’ and they send their ‘condolences to the O’Connor family: Catherine, Paul and Clodagh. May Niamh rest in peace.’

They thanked Fr Michael Kelleher and Fr Chris O’Donovan of the Sacred Heart Church in the Parish of Rath for ‘allowing us to say our goodbyes to Barry at this beautiful church’ and they thanked Bishop John Buckley for attending Sunday’s requiem mass.

The Ryan family also wanted to say ‘a huge thank you to everyone in the local community of West Cork and beyond for their many messages of support, which have been overwhelming.

‘We would particularly like to thank everyone who has travelled here today from the local community, from all over Ireland, the UK and America. We really appreciate that you are here with us at this very difficult time.’

A free spirit who could do no wrong

READING from the Ryan family eulogy, Danny Kenny explained that ‘Barry St John Ryan was born in Foxrock, schooled in St Gerard’s, and worked on the management team in Penney’s, Dundrum, but loved and lived for the beautiful Baltimore, West Cork.

‘Barry was a beautiful child: quiet and thoughtful and the apple of his mother, Rose’s, eye. Rose never had any hesitation in telling Colin and Arthur, his brothers, that Barry was her favourite. He was patient and kind and, according to Rose, he could do no wrong. Barry was a free spirit.

‘Our Barry was special; he loved anything to do with nature. In the garden at home, he planted beautiful shrubs and trees over the years and, in fact, if he had his way, Foxrock would have resembled the Killarney National Park.

‘His other great passions was poetry, photography and, of course, literature. If you went into Barry’s room, you would find endless books on all his interests and papers piled high of his writings and illustrations, including a beautiful children’s book called “Puffer the Tugboat”, which he published. This is not to mention an array of books on horse breeding, aviation and of course cricket. Many of his old friends will remember his trademark cricket jumpers.

‘He travelled, living in London, New York, and Los Angeles. All were great experiences for him. He did all types of jobs but he did one thing better than anything else and that was enjoying and taking an interest in the cultures and people of wherever he went.

‘Over the last few days we have received some amazing messages from his old friends, expressing how much they loved him and telling us many stories – some we hadn’t heard of, about how he helped people out along the way.

‘That was Barry, caring and affectionate and when it came to his sister, Alison, he went out of his way to spend many hours with her – taking her out on day trips and even the odd pint.

‘Speaking of affection, Ann and Barry had three amazing children: Arthur, Barry and Charlotte. He was a devoted father and lived to spend every minute he had to spare in beautiful Baltimore. There is nothing Barry wouldn’t do for his children.’

Danny said: ‘Rose, Barry’s mother, wanted to say: ‘I will always think of you and I will see you in heaven. Thanks for the great memories, good fun, for helping with Alison and for all your support in the house, your every loving mother, Rose Ryan.’

His father, Arthur, had this to say: ‘You were my hero, Barry. We love you, and we will miss you. You will always be in our hearts.’