HEGARTY’S Boatyard at Old Court outside Skibbereen is the subject of a major photography exhibition at the National Maritime Museum in Falmouth in Cornwall.

The exhibition by West Cork documentary photographer Kevin O’Farrell opened on May 17th – the same day that Covid-19 restrictions on galleries and museums were lifted in the UK –but what’s more remarkable is that it is the first exhibition to leave Ireland under the new Brexit regulations.

The Uillinn West Cork Arts Centre in Skibbereen should have been the first to host the exhibition in April 2020, but the pandemic put paid to that. Now, it won’t be shown in Irish galleries until 2023.

Such is the interest in the truly unique workings of Hegarty’s Boatyard that a number of people from West Cork, who have a passion for the subject, are planning to make the journey across the Irish Sea to see it before it closes on September 5th. 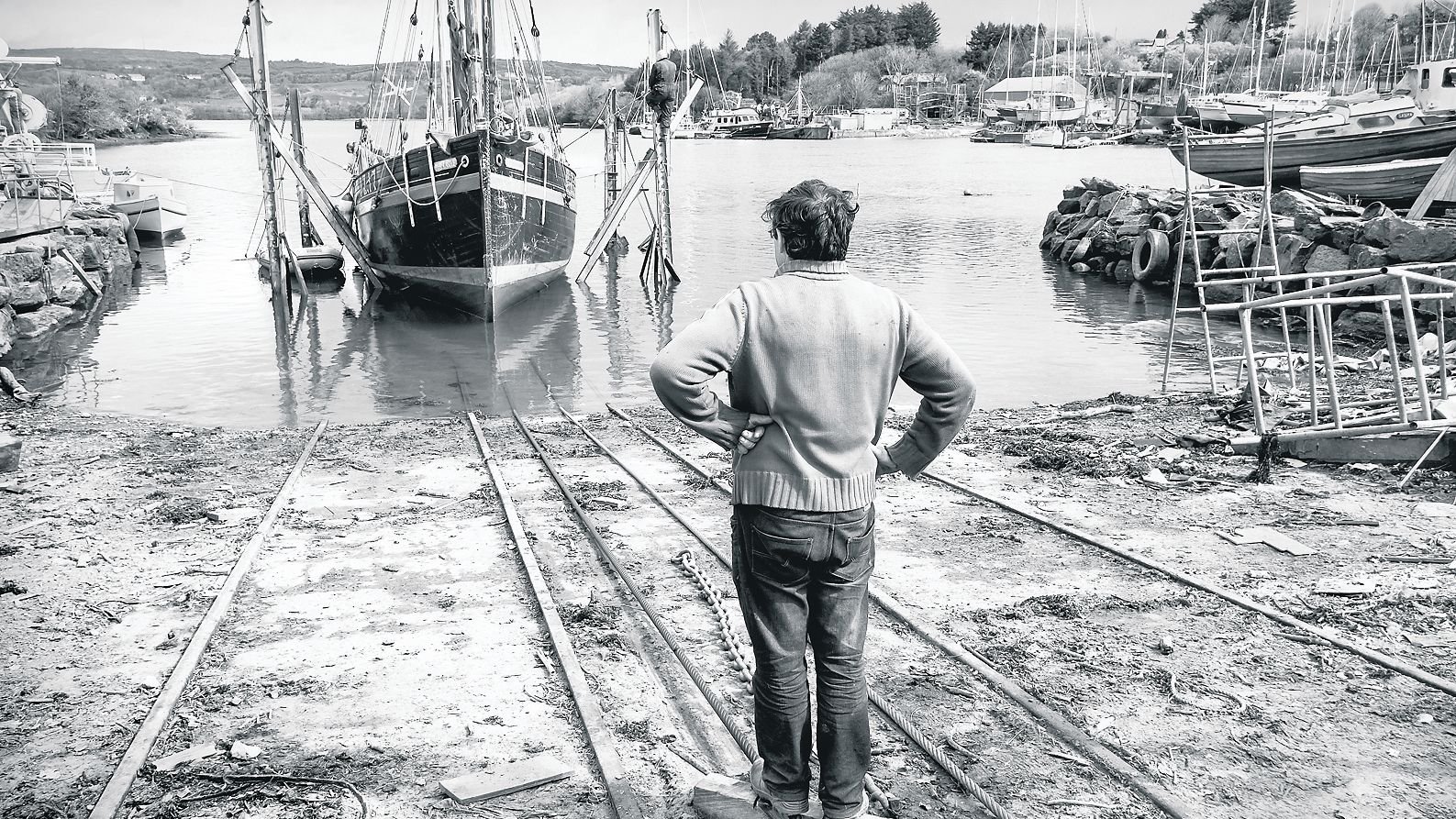 The Peel Castle being slipped for annual maintenance. She had been restored and fitted out with a Bisquine rig, at Hegarty’s, by her owner Graham Bailey (2013).

Hegarty’s Boatyard is a passion for Kevin O’Farrell, too – after all he has dedicated two decades to photographing its people and the work.

In true documentary style, Kevin’s images tell the story of a skillset, and indeed a style of doing business, that has all but disappeared because Hegarty’s is the last surviving traditional wooden boatyard in Ireland.

It was with the support of Culture Ireland that the exhibition was made possible and already it is being hailed as ‘documentary photography at its best.’ 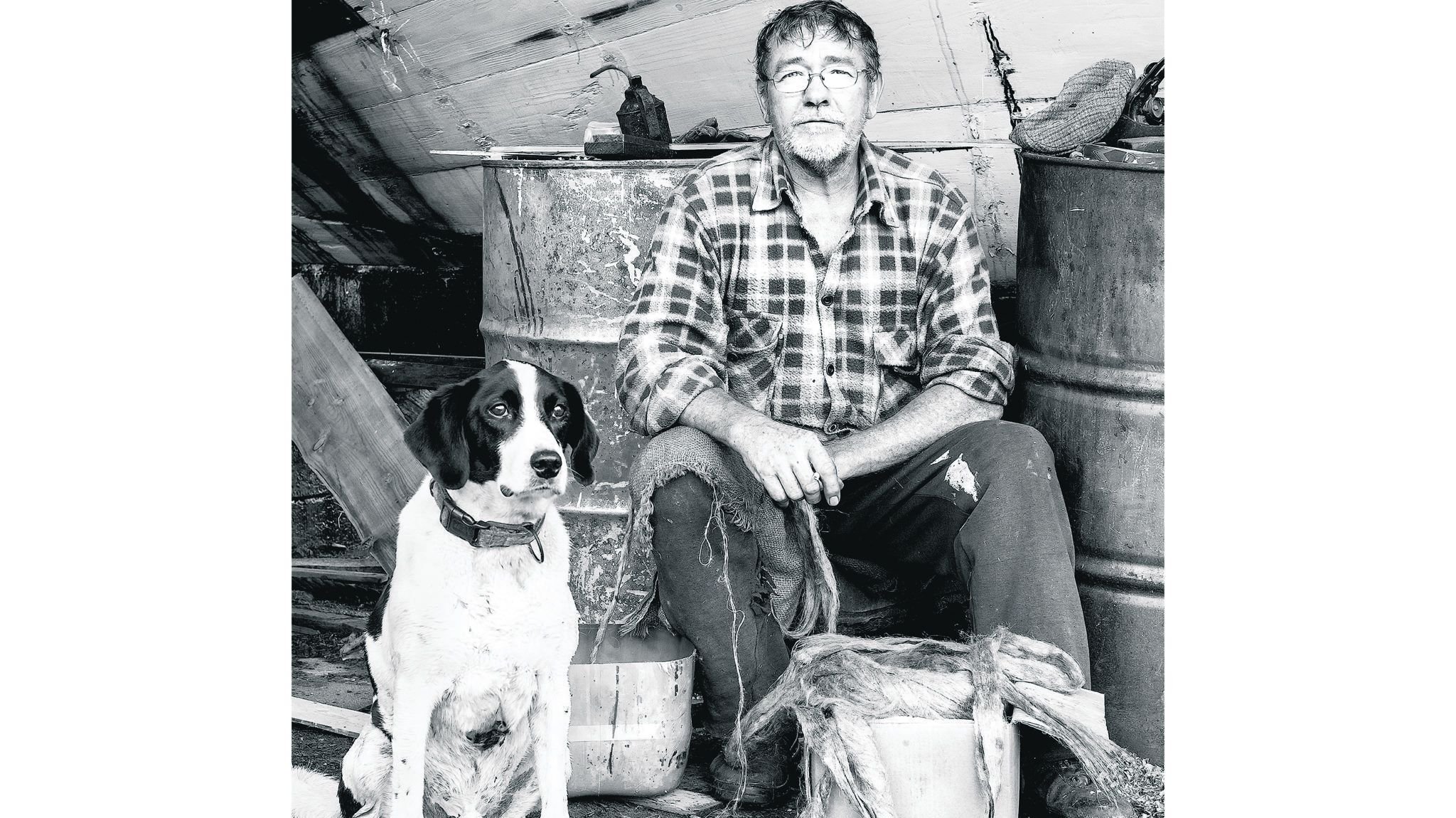 Kevin took a circuitous route to where he now lives at Church Cross, near Skibbereen. He was born in Africa to Irish parents, and lived in the UK for much of his youth.

He said it was one of his lecturers, John Charity, who made him understand that quality of life and the way one lives and works is so important. 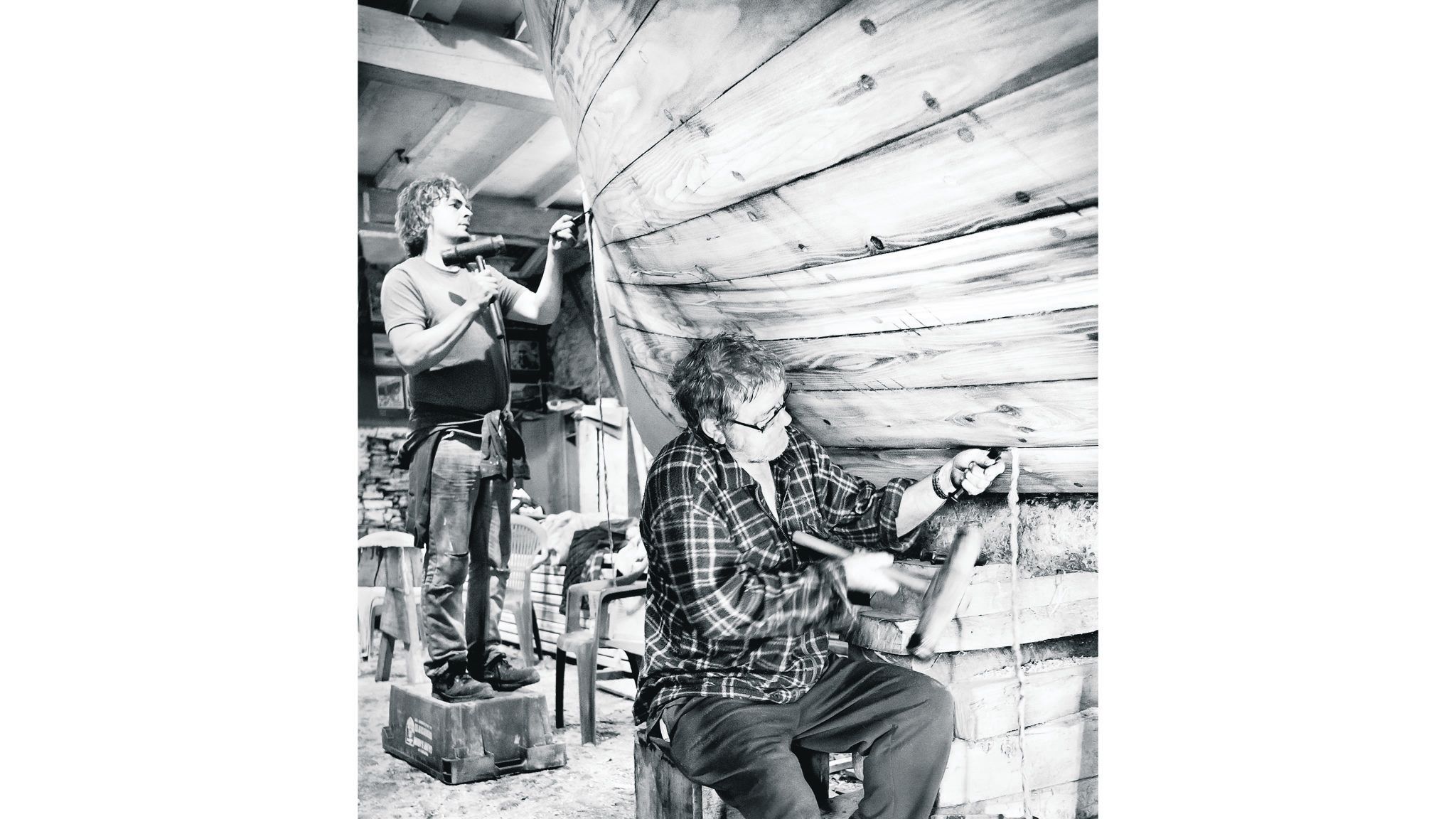 It led him back to Ireland in 1980 and a base that has allowed him to publish widely and exhibit throughout Ireland and Europe.

To accompany this photographic exhibition, Kevin also made a short video, which can be seen on The Southern Star’s website. It shows the workings of a yard that was established by Paddy Hegarty, shortly after the Second World War.

The lineage continues because his grandson, also Paddy Hegarty, is the third generation of boat builders to work in the building located on the banks of the River Ilen.

Hegarty’s has built a wide range of hand-crafted wooden boats, all of which led to the revival of the once-lost fishing yawls of West Cork.

‘It is the last echo of the tradition of boat building that once took place all around our coast,’ said Kevin. ‘The majority would have been timber built and used for fishing or cargo transportation, though a few were for pleasure use. Sadly, all the largescale commercial wooden boat builders in Ireland are now gone.’

Kevin’s images offer an insight into generations of craft workers as their tools and skills have remain unchanged. They are images that will endure as a fitting tribute to the extraordinary maritime heritage practised daily at the Hegarty yard. 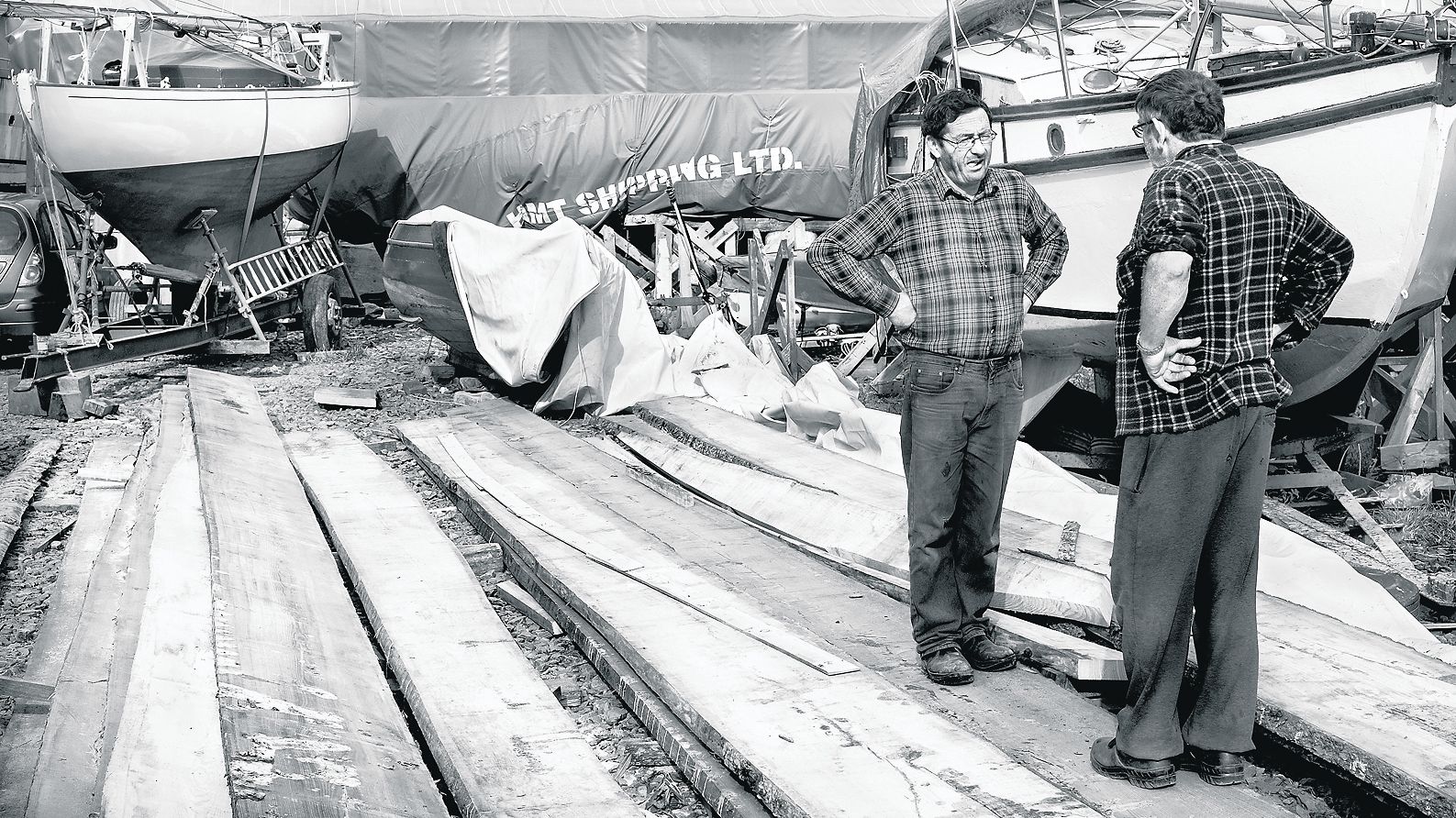 Liam Hegarty and Fachtna O’Sullivan deciding the order of work. In the background on the left is an Alfred Mylne, Scottish Island One Design, Cara built in 1929. (2013)

THE exhibition has been selected as the first exhibition to leave Ireland under the new Brexit regulations.

‘Taking an exhibition into the UK is an onerous task,’ the documentary photographer Kevin O’Farrell explained.

‘You have to get an ATA Carnet, which is essentially a passport for goods, from Dublin Chamber of Commerce and then you have to pay the Chamber a 30% deposit of the total value of the exhibition, and that will only be returned to you when the ATA Carnet is returned with the exhibition intact and signed.

‘That’s quite a financial burden for any artist or performer,’ he added. ‘Before Brexit, you could just travel to the UK and tour, but now there is a whole series of paperwork and Vat requirements that have to be fulfilled.’

In the future, Kevin said, he will be looking to do exhibitions in France and Germany because ‘it is as easy as hopping on a ferry’.

But it’s not just photographers, artists and performers that have to deal with these issues, he said.

‘Any small business is going to have the same problem dealing with the UK now,’ he added.