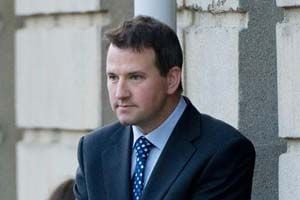 ‘I DON’T know what’s up with him,’ said Mr Justice Tony Hunt when imposing the mandatory life sentence on Graham Dwyer for the murder of Elaine O’Hara, saying it was a sentence ‘he richly deserves.’

‘It’s difficult to look beyond the chilling and premeditated murder, execution almost, carried out after a protracted campaign of the most vile manipulation and abuse of a woman too weak to resist, and who made the fatal mistake of trusting Mr Dwyer and that he wasn’t going to go any further than he indicated,’ the judge said. ‘That’s the tragedy.’

The only emotion the killer, originally from Bandon, displayed was to let out a deep breath and look to the heavens as he was jailed for life on Monday afternoon at the Central Criminal Court in Dublin. Dwyer, who was found guilty of the murder of Elaine (36) in the Dublin Mountains in August 2012 to fulfill a long-held sex fantasy, sat impassively throughout the rest of during the 70-minute hearing – often staring into space and even folding his arms and sitting back in his seat.

Architect Dwyer had been on trial for more than two months, charged with her murder on August 22nd, 2012, hours after she was discharged from a mental health hospital. The 42-year-old of Kerrymout Close, Foxrock, Dublin, had pleaded not guilty to her murder at Killakee, Rathfarnham.

However, a jury of five women and seven men was satisfied that he lured her up the mountain that evening to stab her in pursuit of sexual gratification, before disposing of her belongings to make it look like suicide.

Eleven members of the jury returned to the Central Criminal Court on Monday afternoon to see Dwyer being given the mandatory life sentence for his crime. Mr Justice Tony Hunt told them their presence demonstrated that they were responsible people, anxious to see the very end of the process.

He thanked them for accepting the invitation, telling them it was not a usual feature of the process: ‘But, then so little about this case can be described as usual,’ he said in a courtroom packed to capacity.

The judge said that he could now comment on the case, something he couldn’t do during the trial, with ‘even a momentary frown over 40 days’ pounced upon by the defence.

Regarding the O’Hara family, he said that each member had been ‘spectacularly courageous and brave’ in giving evidence and remaining in court throughout the trial. ‘It was difficult enough for a detached stranger to have seen and heard what they did over the two months,’ he said. ‘My heart went out to them.’

He said that it was bad enough that Ms O’Hara had disappeared and that the family was reconciling itself with that. ‘Then, (they were) subjected to this nightmarish scenario where they had to sit through intimate details of her life being poked over at the behest of Mr Dwyer,’ he said.

The Judge expressed his condolences with the O’Haras and said that they had given evidence with great dignity, compassion and in a measured way, contrary to the attack the accused made on their credibility in the defence’s closing speech. He described this as ‘an attack by a person whose own credibility and truthfulness is at the level of the floor, if not below’.

‘She was an ordinary person. She only wanted someone to look after her and take care of her. She was no different to anybody else in that respect,’ he said.

“She was cynically misused and abused by Mr Dwyer,” he said, adding that he had ended her life as part of a prolonged campaign of abuse.

He said Dwyer had continued to abuse and misuse her suicidality after her death ‘in an attempt to slither out from under his responsibilities,’ but that the jury had correctly seen through all of that subterfuge.

He said that even Dwyer’s barrister knew that his client was a ‘repulsive misogynist’ and the Judge noted that Dwyer had previously been refused bail on the basis that he presented a clear danger to others.

‘We may be satisfied that a dangerous man is now out of the way,’ he added. 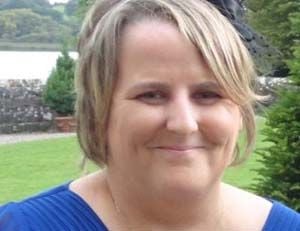 THERE was silence in Court 13 as the victim impact statement about the O’Hara family’s heartache at Elaine’s murder was read out.

In the statement, Mr O'Hara said the family said they would probably never know exactly what happened to Elaine when Dwyer killed her at Killakee Wood in the Dublin Mountains on August 22nd, 2012.

Mr O'Hara said: ‘When did Elaine realise it was not a game anymore? When did she realise that the intention was to kill her for real? Did she try to run? Was she retrained?

‘Did she suffer much? Could she and did she cry out? Was she left on the mountain to die alone?’ he asked.

Mr Justice Hunt said that the victim impact statement prepared by Frank O’Hara ‘captured the essence’ of the deceased better than anything heard during the trial.

He said that it was clear that she had been well-loved and well-cared-for. ‘They did the very best they could to look after her,’ he said.

‘I believe this family have comported themselves with dignity and composure,” he said, remarking on how moved he was by their predicament, adding that the trial process was not designed, in itself, to provide answers to all the questions they had.

Despite that and the horrendous ordeal they had endured, he said he hoped they now had some answers and insight into how their daughter and sister had been abducted and removed from them, her capacity to resist having been impacted by her illness.

‘(I hope) that there are some dark corners of this very dark story into which some light has shone,’ the Judge said.

He noted that there was only one person who knew the answers to their questions: ‘So, unfortunately the answers will probably never be known.’

He said that things are never the same when we lose a loved one in any circumstances. However, he said that he hoped now, ‘at the end of this appalling process’ that the O’Haras could move on.

SOME OF THE JUDGE’S REMARKS

MR Justice Tony Hunt said it had been a very harrowing trial involving a number of families, including Mr Dwyer’s family, who he described as blameless.