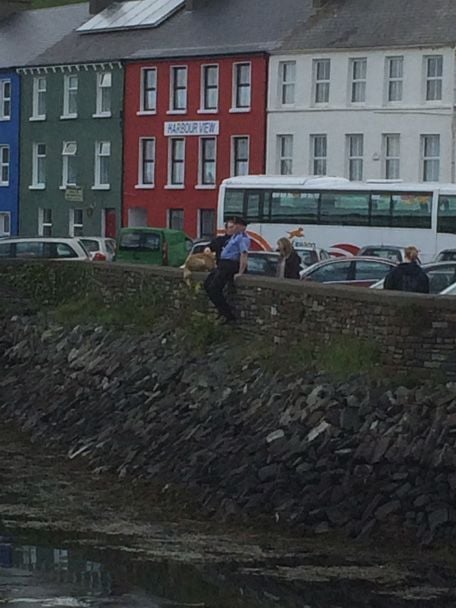 GARDAI in Bantry were involved in the rescue of an elderly Labrador this morning, which was found struggling in the water, yards from the town.

The gardai were alerted by a local who saw a second dog, a golden retriever, pacing up and down at the quay wall, looking distressed.

The local spotted a second dog, in some difficulty, in several feet of water, and they contacted the nearby garda station.

Within minutes, Garda Jayme Meaney and his colleague Gda John Dowling, were on the scene, and climbed down the high quay wall to rescue the Labrador.

‘He was an old dog – maybe 15 or 16 years old, and he was trying to crawl up the wall, but he kept falling head first into the water,’ Gda Meaney told the Southern Star. 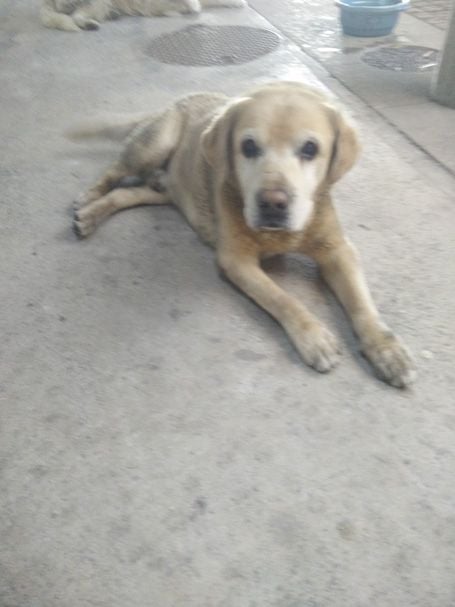 ‘He was riddled with arthritis and couldn’t make it up,’ he said, adding that he had some dog leads in his car, so used one to haul the dog up the wall.

‘I had a lasso-type lead but it was too short to get him. But we managed to get him up anyway,’ explained Gda Meaney. ‘He is wet and cold, but he is drinking water now.’

The gardai are currently trying to trace the owners of the two dogs which, they believe, are ‘buddies’ who may have broken out of their home.

‘They are domesticated alright,’ said Gda Meaney, ‘and there is not much in age between them, but the retriever seemed to be a more peppy.’

If you have any information on the dogs, you can contact Bantry Garda Station at 027 20860. 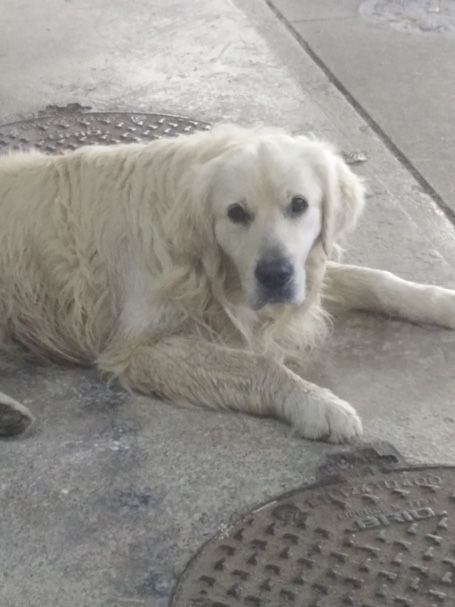