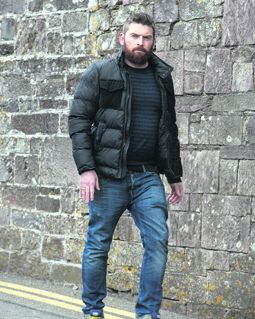 A FORMER solicitor from Macroom has been sent forward for trial at Cork Circuit Criminal Court on nine charges of fraud involving more than €270,000 and one charge of arson at a bar and a solicitor’s premises.

Mark Cronin (39) of New Street, Macroom appeared before a sitting of Macroom Disctrict Court last week where he was remanded on continuing bail.

Detective Garda Tom O’Sullivan told Judge James McNulty that he had served a book of evidence on Mr Cronin in relation to all ten charges. There was no objection to Mr Cronin being remanded on continuing bail and the defendant had surrendered his passport, entered a bond of €10,000, and is signing on at a garda station in Dublin twice a week.

Mr Cronin is also charged with stealing €24,200 from Eric Graham at his office in South Square, Macroom between July 1st and December 15th 2013.

All five theft charges against Mr Cronin are contrary to Section 4 of the Criminal Justice (Theft and Fraud) Act 2001 and involve a total amount of €273,854.

Judge McNulty remanded Cronin to appear again at the next sitting of Cork Circuit Criminal Court on June 9th.