The cover of the Bridges of Donoughmore by Gerry Forde

An incredibly detailed publication on a Muskerry parish is so much more than just a wonderful record
of its pretty bridges – it’s a collection of photos, local stories and historic events, says Siobhán Cronin

THE oldest of the bridges which remain in the parish of Donoughmore, north of Macroom, dates back to 1712, or possibly earlier.

So it is not surprising that Gerry Forde’s remarkable book on the bridges of the East Muskerry parish is flooded with local history, family stories and related photographs.

The parish, which spans 90 square kilometres, and 40 townlands, is like a microcosm of Irish wildlife, nature, history and engineering.

Some of the bridges in this beautifully-produced 140-page publication are vanishing as they have come to the end of their useful life, says Gerry. ‘If only they could speak and tell us of their childhood and the acquaintances they met along the way.’

But they don’t need to talk, because Gerry is now speaking for them.

He reminds us that many of them are hidden from view, unused and unloved, but Gerry has ensured they will live on long in our memories. With his faithful Collie Spud, Gerry has painstakingly visited each and every one of the 71 featured in his book, and found stories connected to them, and their genesis. While on foot he travelled just through Donoughmore, he virtually travelled all around Ireland, as many of these wonderful feats of engineering led him to stories linked to other parishes, and many in West Cork. 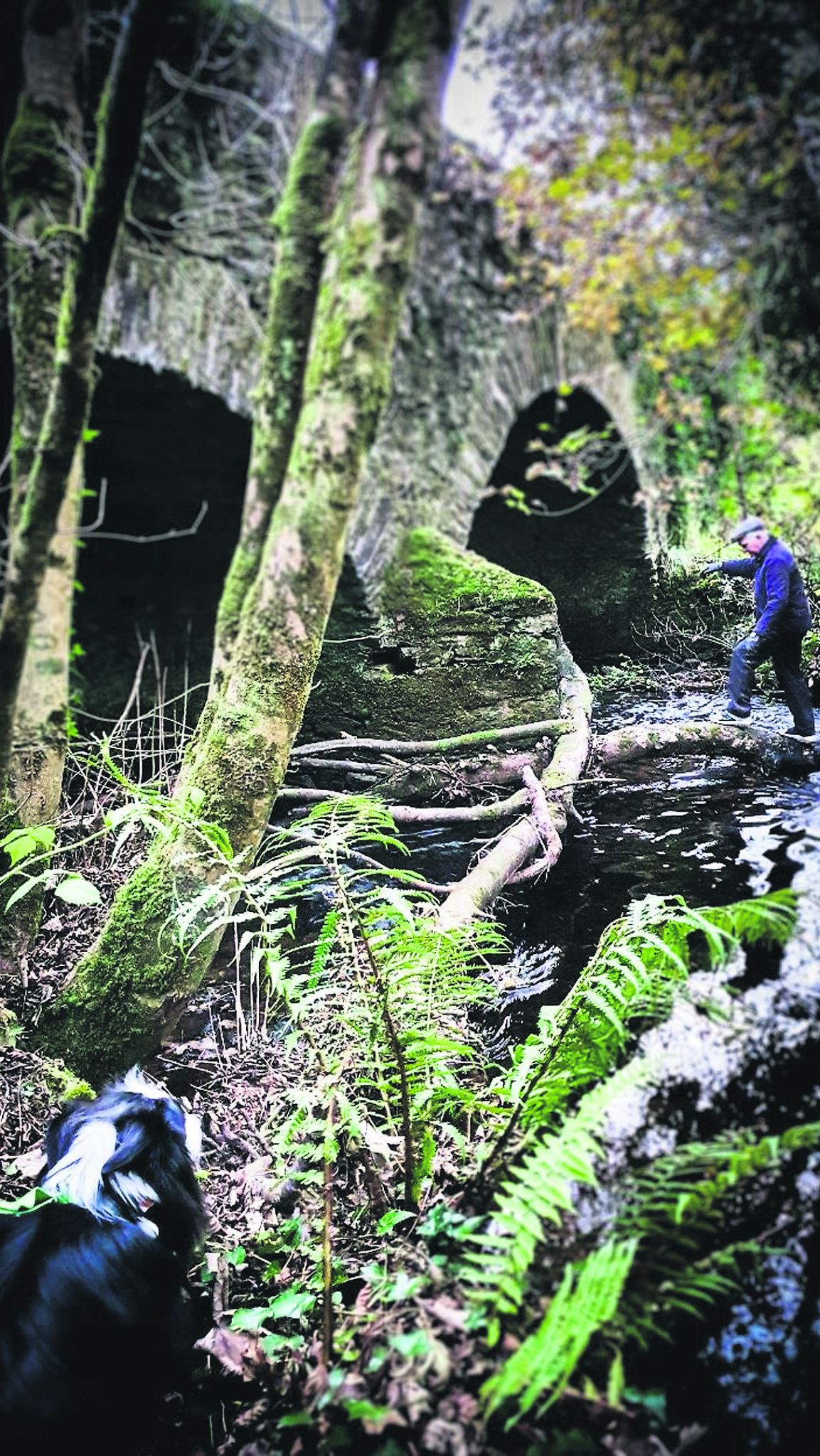 His chapter on the election of 1841, for example, references how Daniel O’Connell was elected for Cork, following his surprise defeat in Dublin just days before.

‘Feargus O’Connor of Castletown-Kinneagh stepped aside to allow O’Connell to run in his place,’ says Gerry. ‘Following the result of the election, a humble petition was lodged against the win for O’Connell and Roche of The Repeal Party. The report includes evidence of the two-day journey by Mr Patrick O’Sullivan of Mile Cove, Castletownbere to the polling station in Cork which might be of particular interest to West Cork people.’

From Gougane Barra to the former gunpowder magazine on Haulbowline (now the crematorium), Gerry takes us on a trip into the past, and even gives a detailed explanation of Griffith’s ‘two shilling houses’ of the 1700s and 1800s.

‘Nearly half the population of Ireland lived in these types of fourth class houses, up until 1841. The Skibbereen Heritage Centre has a project on the very same subject,’ he points out.

Griffith’s Valuation is covered throughout the book, but these bridges built by him in Donoughmore are from around the same time as he built the road from Skibbereen to Bantry in 1823.

There are many more local references in this wonderful record of the often majestic structures with namechecks for the Townshends of Castletownshend, Lord Bantry, and a wonderful chapter on the ‘crash’ of Muskerry’s society families, complete with family trees.

Gerry’s labour of love has resulted in a wonderful legacy for anyone interested in local history, engineering or Irish culture.

The Bridges of Donoughmore by Gerry Forde is available in local bookshops, priced €19.50.