The yacht Aphrodite which had a lucky escape after running aground in Schull in the adverse weather conditions on Monday. (Photo: Tom Newman)

WITH the current spell of heavy rain set to continue throughout the day, there are fears of further flooding in West Cork.

The following roads are now PASSABLE:

However, the main Crookstown to Dunmanway road is now completely blocked a few miles north of Dunmanway, as our photograph from a reader, taken at 4pm, shows: 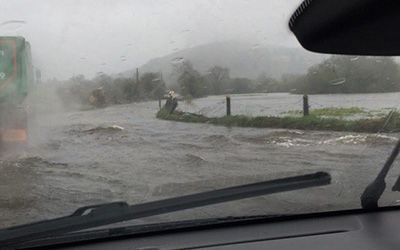 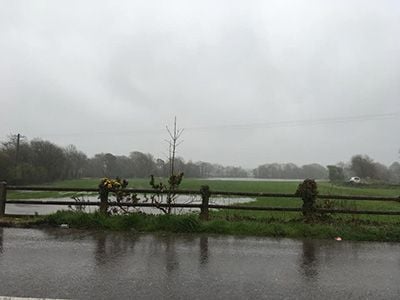 The current Orange rainfall warning, issue by Met Éireann this weekend, has been in force since Saturday evening, and will continue up until 6pm today.

There is already extensive flooding around areas in the region, including outside Skibbereen and surface water lies on the main N71 at Rosscarbery, as our photographs and videos below show. 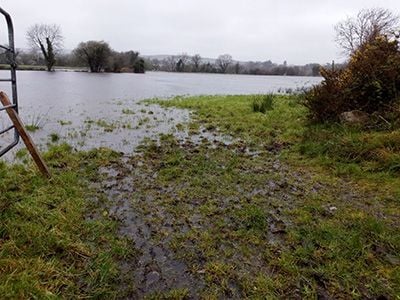 The heavy rain over the last few days has lead to some flooding in parts of West Cork. At the causeway in Rosscarbery the water is bubbling up the pipes. pic.twitter.com/xy4zLET8Jp