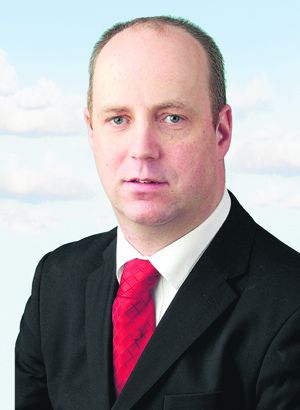 FINE Gael TD for Cork South West Jim Daly has claimed that West Cork is reaping significant rewards as a result of setting up a single utility company to manage and improve water services across Ireland.

The TD was speaking following confirmation he received from Irish Water that they intend to invest €400,000 in the water network of Dunmanway. Mr Daly said ‘this is another great news story for the people I represent and it comes following previous announcements for Clonakilty, Belgooly, Baltimore and the islands. This is the very reason Irish Water was set up, to take on the challenges that have remained untouched for so many years and to put in place permanent safe solutions for water customers.

‘In this particular instance the company announcement is going to address the encrustation of old cast iron piping which is causing the reduction of water pressure to many households in the Dunmanway area.

‘Cork County Council, as agents for Irish Water, have appointed a project manager and a designer will be appointed in the coming weeks. The project is expected to go to tender the end of this year with construction commencing in the beginning of 2016.