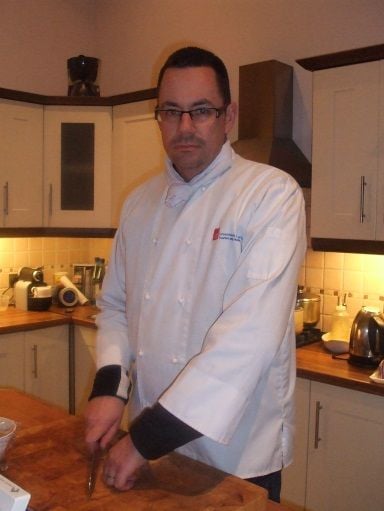 I spend a lot of my time these days on the road around the country and the one thing I notice wherever I go is the number of chain restaurants and food franchises around, whether they are eat-in or takeaway. What stands out for me is that these places seem to be extremely busy, despite the fact that we know the food on offer in many of them isn’t as healthy as say a sandwich or a salad. But still, so many of us are drawn to these places sooner or later.

In my role as a chef I am surrounded by food nearly all the time, so hunger’s not often an issue for me then. That said, because I have been doing a lot of travelling lately, I can understand it must be difficult not having immediate access to good quality food and so the need for something quick so you can continue on with your busy working day is often satisfied with snacks and fast food. But do we really think about what we should be eating?

I was in McDonalds having a burger in Cork the other day when I asked myself the above question. Are we paying enough attention to what we are eating during our busy day’s work and wouldn’t we be better off and perhaps more productive by eating healthier alternatives to things like burger and fries?

So I asked a few diners that very question while I was sitting in McDonalds. One mother with two children said she was sick of being indoors with the bad weather and wanted to treat her two kids. She said they generally eat good home-cooked food but now and then they treat themselves to fast food.

A businessman I spoke said he did not have any breakfast as he was too busy to cook and that McDonalds was the nearest place for something to eat. He said he didn’t really care what he was eating and ate this kind of food all the time. He also said he was so hungry by 1pm that he didn’t care as long he could satisfy his hunger.

Another family I spoke to said their kids won’t eat salads and that they are fussy eaters. The mother of six said that they do find themselves at fast food restaurants more than they would like but she said her cooking skills are basic and that she doesn’t know how to prepare meals that well.

I found these to be interesting answers, and perhaps a little worrying, especially in these supposedly health-conscious times. But then it seems to me that these types of so-called family restaurants are particularaly well positioned in our society at this stage and will only continue to get bigger as long as they continue to satisfy not so much our hunger for good food, but our hunger for convenience. Have a think about that.

Try the same recipe but use sweet potatoes which has it's own natural sweetness.

Peel the potatoes and cut them into long chip shapes ¬–the thickness you do is entirely up to you, though the width of your finger is ideal.

Rinse under the cold tap and pat dry with a tea towel.

Spread the chips on a large non-stick baking tray and toss with oil and celery salt.

Lie them flat in a single layer – use two trays rather than overcrowd one.

When cooked they should be golden brown and crisp with a light fluffy centre. Scatter on sea salt to serve.