Neville with Melissa and Eoin.

Neville, who was coming off a 24-hour shift on Saturday, August 29th, was due to finish work at 1pm, which would have given him just enough time to make it back to his home in Dunmore East to attend the 2pm ceremony.

But when he and the rest of the crew with CHC Helicopters – which has a contract with the Irish Coast Guard to provide rescue services – were tasked at 8.30 that morning with flying a young boy to a hospital in London for a lifesaving organ transplant, they didn’t hesitate. 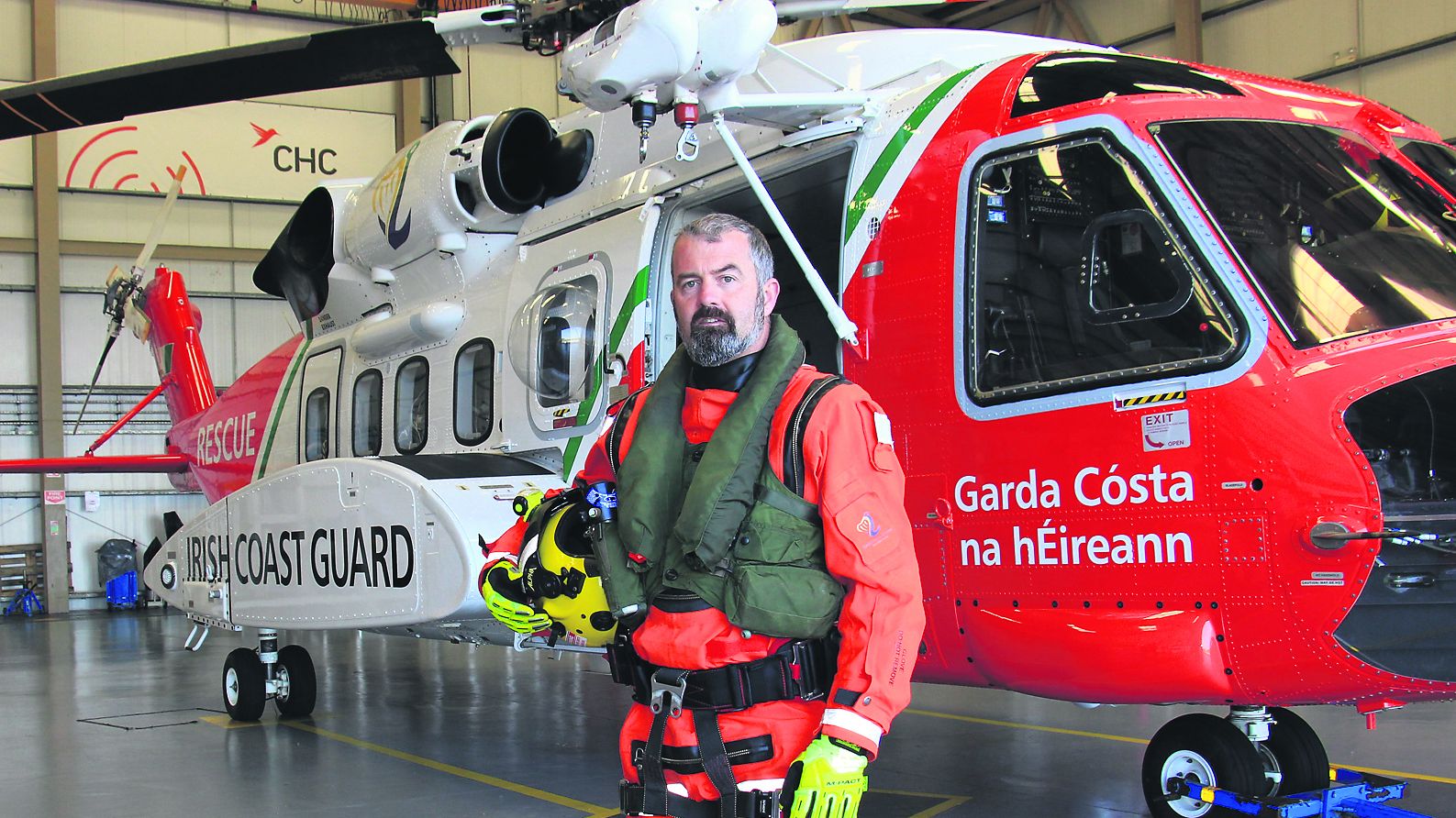 It was afterwards that Neville, who is a winch operator and a paramedic with CHC, reflected that missing Eoin’s special day ‘hurt.’

He told The Southern Star: ‘I am lucky to be part of a team that ensured another mother’s son got to where he needed to be for life saving surgery. It’s why we do what we do.

‘Such missions, and responding to emergency situations, do, however, necessitate having an understanding wife and my Mrs, Melissa, is the best.’ The fact that August 29th was also their 13th wedding anniversary didn’t go unnoticed by either party!

Describing the mercy mission as ‘time-critical’ Neville said they met an ambulance at Wexford and flew the patient directly to London. The flight time was 4.42 minutes, but the team didn’t return to base until 3pm.

Neville and the rest of the team – which he name-checked as captain Danny Wright, co-plot Mark O’Callaghan and paramedic Brian Clancy – were ‘overjoyed’ to have played a part in helping to save someone’s life, but it was, of course, too late for Eoin’s special ceremony.

Neville said, ‘Eoin is an amazing little man. I tried to apologise but he said it was okay because I’d helped to save another boy’s life. I was almost in tears when he said that. He is a very understanding boy.’ The Murphy family – including brothers Ben and Dylan – spent the rest of the day celebrating with a barbecue. The occasion was also marked in two ways: the paramedic’s employer sent flowers, which Neville said, ‘reflected the general sense of gratitude and well-being.’ And, on Tuesday, former Bishop John Buckley sent a card and a blessed medal for Eoin. ‘Now that,’ said Neville, ‘was a lovely touch.’