A DUNMANWAY cameraman has worked on a movie which is vying for the title of Outdoor/Adventure Film of the Year from Outsider magazine, which also features swimmer Steve Redmond. 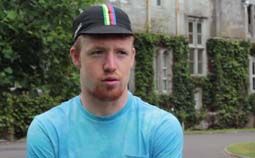 A DUNMANWAY cameraman has worked on a movie which is vying for the title of Outdoor/Adventure Film of the Year from Outsider magazine.

UCC athlete and Maths student, Chris Mintern, is the subject of the sports documentary, First or Last, which has won the award nomination. Swimmer Steve Redmond is also featured in the movie.

A public vote, which closed earlier this week, will decide the winner of the heavily contested competition run by Outsider Magazine.

The film is directed by TG4 camera man Eamonn Dunne, and the cameraman on the movie was Robert Patterson of The Edge Sports Shop, who hails from Dunmanway. The film was predominantly shot in Cork City (featuring the fabled Lee Swim) and Kerry (Kenmare) and also features input from a host of other Irish athletes. 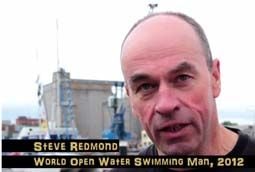 By the end of Chris’ first season as a senior athlete in 2014, he had won 12 triathlons including the Intervarsity National Championships and Munster Championships. The film also follows Chris as he competes in the iconic Lee Swim.

The film premiered in Indie Cork 2014 as one of 50 Best Irish Shorts and will also be screened at Dingle International Film Festival in March. It also has contributions from Ballydehob-based Steve Redmond, World Open Water Swimming Man of the Year, 2012.

The low budget film initially set out to document an athlete in an adventure sport. However, it developed into a drama about a unique character in a unique sport.

You can watch the documentary here:

First or Last from Eamonn Dunne on Vimeo.