The first day of filming the ITV dramatisation of Graham Norton’s book Holding in Drimoleague in August. (Photo: Andy Gibson)

Producers working on the big and small screens have found that our scenery and people make for the perfect location to work in, and the prevalence of film crews around almost every corner this summer only served to prove the point

IT probably comes as no surprise that so many production companies are scrambling to shoot in West Cork as the region lends itself so readily to dramatic film and television locations.

This summer, especially, there seemed to be a bustling crew around every corner.

And sure who can blame them? Stunning locations across the region, including the Wild Atlantic Way, coupled with a skilled workforce, a wealth of local acting and writing talent, and a welcoming smile from the locals, mean locating here is a no-brainer.

It’s no wonder ‘The Force’ was  drawn to Crookhaven to shoot scenes for its Star Wars franchise on Brow Head five years ago.

In fact, one could argue that most places around West Cork could lend themselves as potential shoot locations for all genres of film.

From the filming of Neil Jordan’s 2012 vampire movie  Byzantium in Beara to TV comedy The Young Offenders, and just about everything in between, the versatility of the region has been, literally, ‘on show’ for years.

And we can even boast a few Hollywood A listers living here, too, including Oscar-winning producer David Puttnam, actor Jeremy Irons and even Carlow woman Saoirse Ronan, who has bought a house near Ballydehob recently, so we are pretty well used to having celebrities in our midst. 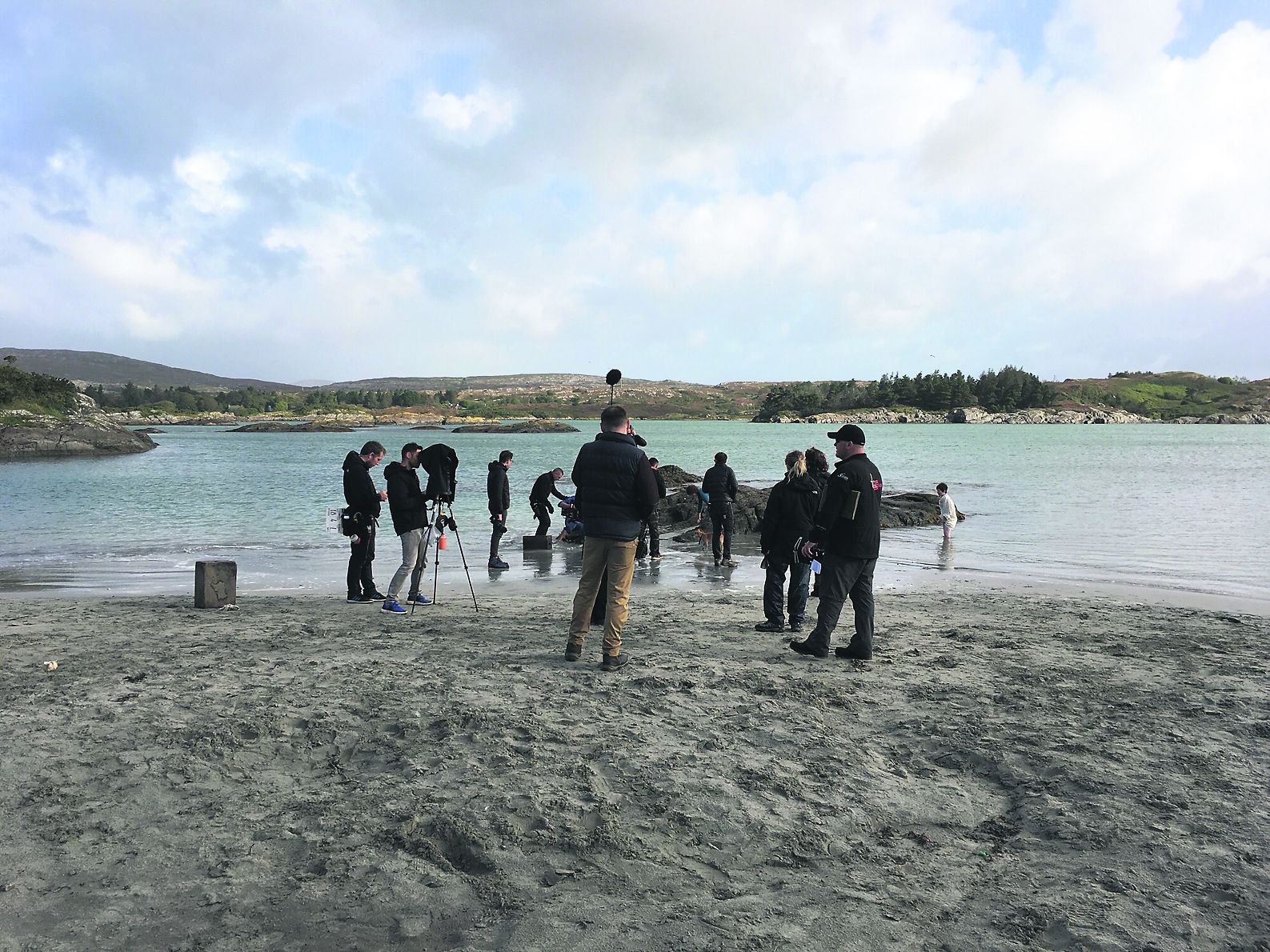 Filming Carmel Winters' movie Float like a Butterfly at the beautiful beach in Ballyrisode.

As inward production co-ordinator for Screen Ireland, Lorraine Higgins works with both producers and production companies seeking to shoot, not just in West Cork, but across the country.

‘When they contact us we put together “look books” based on images related to their project and we might also suggest other potential locations to them. We have a location database on our website, too, which they can access too,’ said Lorna.

‘The attractiveness of West Cork for filming speaks for itself and it’s absolutely stunning here – you would really lose something by not filming here, it’s such a stunning landscape and coastline.’

She also stressed that having crews based in Cork and from the area is very important and makes the process all the smoother.

‘The Young Offenders, for example, got such production value from filming in those West Cork locations when it was made on a shoestring and the location just elevated it entirely.’

Lorna added that TV productions are on the rise, too, judging by the enquiries that have received over the past year and productions like ITV’s Holding – from the novel written by  Bandon man Graham Norton – are ample proof of this.

‘It’s great when a production like this happens in an area as it creates such a buzz and everyone gets so excited to get involved. From a production point of view that’s what you want. Areas like West Cork make the production feel so welcome.’

Her colleague, Louise Ryan, is marketing and communications manager with Screen Ireland and says the variety and diversity of locations in West Cork is another feather to its bow.

‘The beauty of West Cork is just stunning and it really stands out as one of the good locations in the world,’ said Louise.

The Council-backed ‘Film in Cork’ also works to promote and market the Cork region locally, nationally and internationally, as a place to shoot film productions, while also providing production and location support services to those working in this field.

There’s been a buzz of film activity in West Cork already this summer, with the filming of Holding currently taking place across several locations, and giving a much-needed financial boost to the region in a post-Covid world.

There were plenty of paid extra roles on offer, as well as multiple trainee production roles, while the need for accommodation options for cast and crew added to the positive spin-offs.

The series, which will be screened by ITV, boasts a stellar Irish cast including Brenda Fricker, Pauline McLynn and Charlie McKenna. Other West Cork connections include former Eastenders producer Dominic Treadwell-Collins, whose father is from Skibbereen, and it is being directed by Kathy Burke, whose mother is from West Cork.

This week Dominic told The Southern Star that he always wanted to film it here.

‘Graham Norton’s novel Holding is set in West Cork – he’s from here, my family are all here – and so we both fought strongly for the television adaptation to be filmed here. We all know that West Cork is the best place in the world with the most brilliant people, and it’s been so wonderful to film here using local talent on and off screen. And we really hope that if Holding is a success, that we can return every year to film further series.’

With many coastal locations in the plot, the four-part series is bound to be a major tourism boost to the area.

Norton’s  three other books are also set in West Cork, so these, too, could be adapted for either the small or big screen at a later stage, if Holding is a hit with viewers. And fingers are crossed that West Cork will secure top billing as a location if that happens.

Louise O’Neill’s latest award-winning novel After The Silence, which is set on a West Cork island, could ideally be adapted for film or television, while another Irish production Sparrow was shot in various locations in Baltimore and Skibbereen earlier this summer.

And a self-financed murder mystery movie based aboard a tour bus in 1995 is due to film in Barleycove next month.

Two separate television productions by both Sky and Netflix on the murder of Sophie Toscan du Plantier were  also filmed in West Cork in recent months, while the producers of the award-winning fact-based drama Chernobyl have indicated their interest in adapting the very successful West Cork podcast into a television series.

Meanwhile, thanks to the generosity of the Bollinger family, a former bank in Schull is to be transformed into an 80-seater cinema and a film production base.

The planned Fastnet Film Centre will also be the base for the very successful Fastnet Film Festival, which counts both David Puttnam and Saoirse Ronan among its patrons.

This addition can only bolster the attractiveness of West Cork as a premier film and television location.

Indeed the festival regularly punches well above its weight with many high profile directors, producers and actors among its visitors in recent years.

And the area has also seen its fair share of small screen visitors this summer, too. The popular TV show Special Forces: Ultimate Hell Week has beautifully showcased the stunning locations of both Camden Fort Meagher in Crosshaven and the Mizen Head bridge in recent weeks.

While TV chef Donal Skehan filmed in several beautiful locations when he undertook a recent road trip with chef Nico Reynolds to find West Cork’s best cheese sandwich, finishing off their trip at Galley Cove on the Mizen peninsula. Donal and Nico’s Cheesy Road Trip is on the RTÉ Player.

The amateur drama enthusiast played the role of a priest in The Pier which was made by Skibbereen native and New York-based director Gerard Hurley.

Con said he only made a fleeting appearance in the film, which had a budget of €100,000.

And this wasn’t the first time he donned priestly attire, as he also previously played a priest marrying a couple for the German mini-series My Farm in Ireland.

The movie The Pier helped to showcase the lovely coast of West Cork. 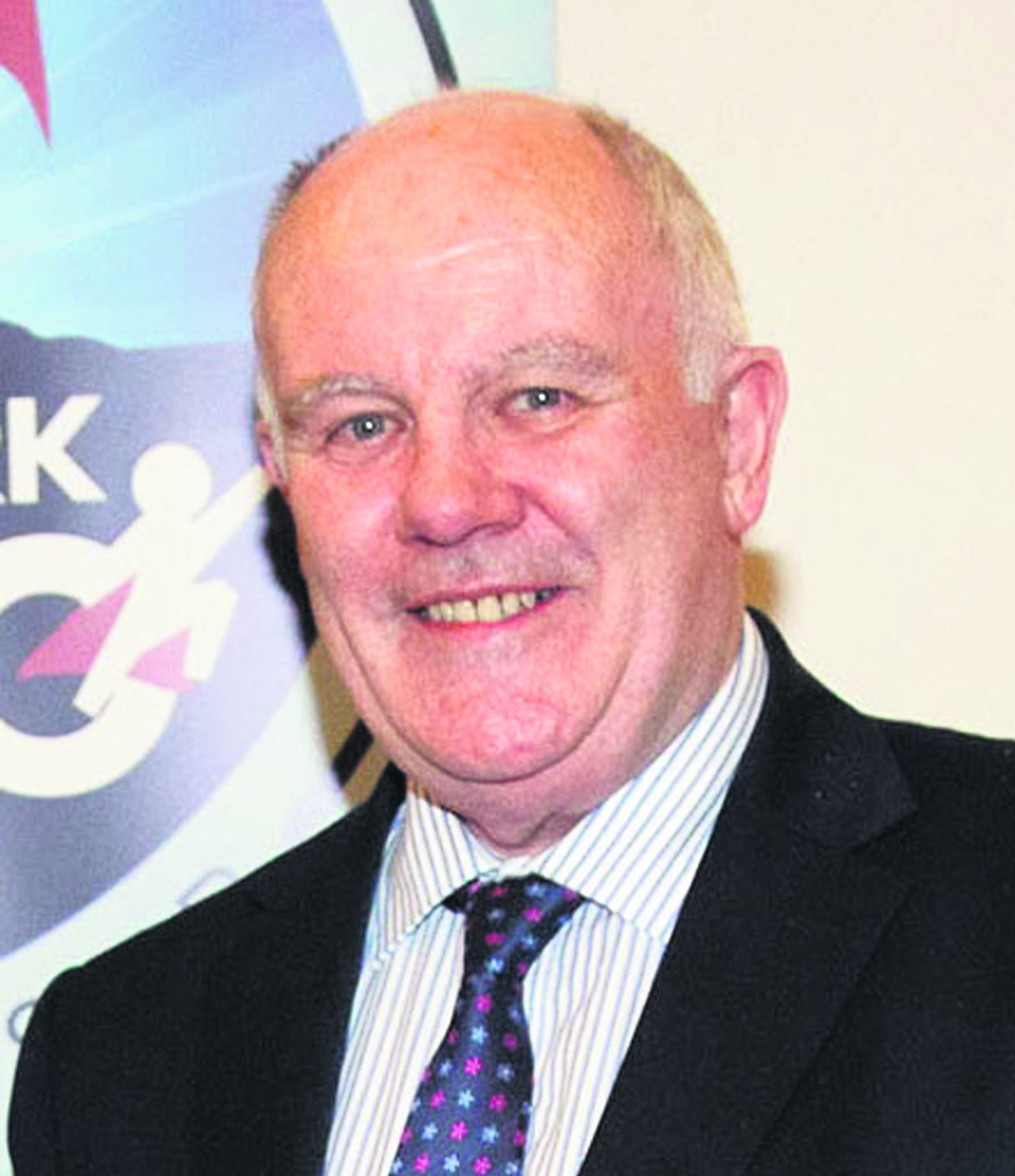 Con Downing, former Star editor, who appeared in The Pier. 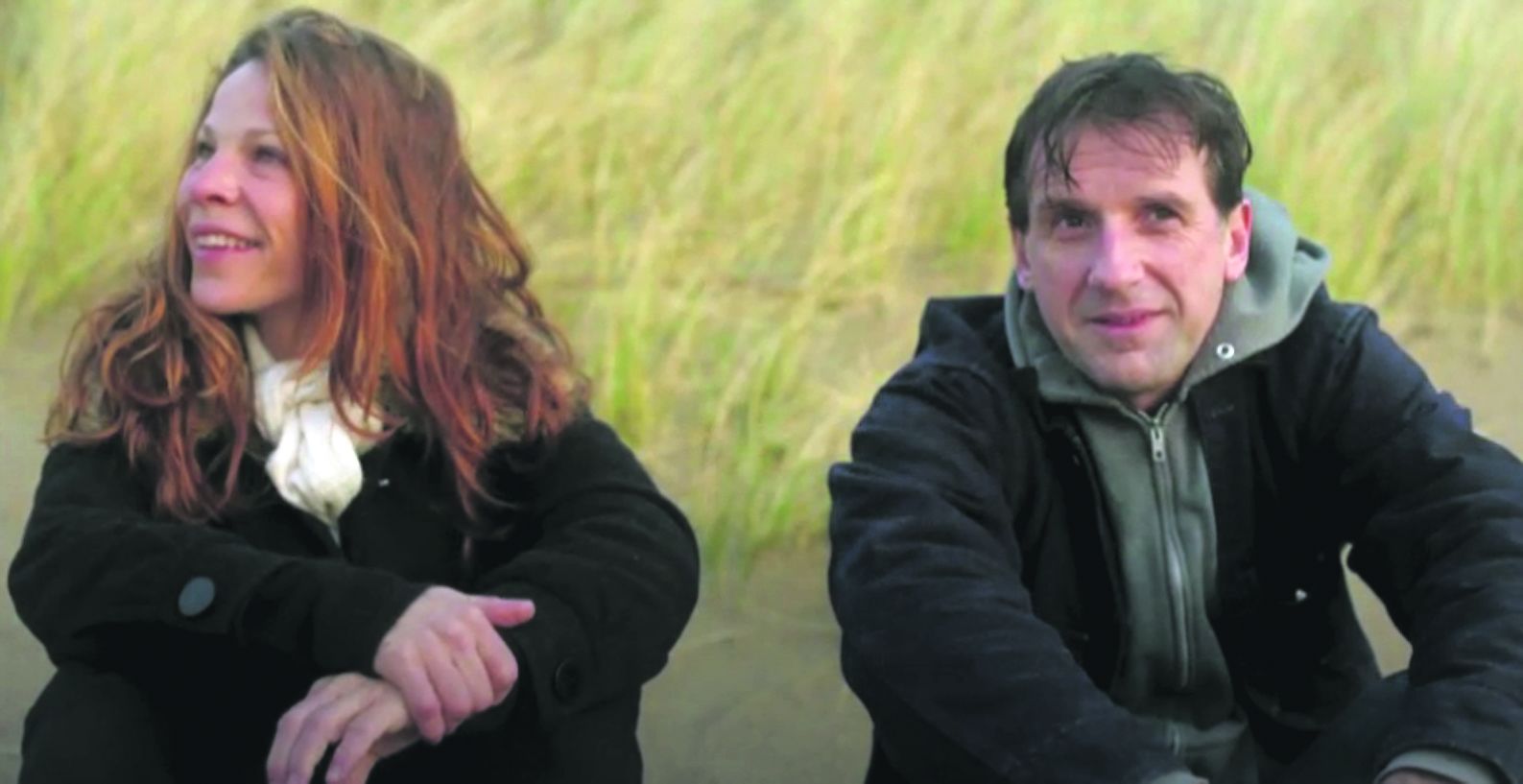 US actress Lily Taylor and Gerard Hurley who appeared in The Pier.

‘This was a big German production with the wedding scene shot at Gannon’s courtyard in Courtmacsherry. I played the priest in it, but had no speaking part as the film was in German. Even then, it took about two days to film!’ said Con.

Con also remembers when War of The Buttons was being filmed and the scale of that production – the likes of which had never been seen in West Cork before then.

‘There was a great buzz around Skibbereen and neighbouring villages at the time and the producers visited all the local schools looking for children to play the roles in the film,’ recalled Con.

This is part one of a two part special report on the West Cork film industry. Read part two on Tuesday morning.