Cllr Paul Hayes points to one of the many spots where the Darrara watermain has burst. (Photo: Martin Walsh)

FRUSTRATED residents in Darrara are demanding urgent action to replace a mains water pipe that is leaving them high and dry on average of once a month.

Just last weekend there were two water leaks within a 24-hour period on the road between the church and the community centre – the 52nd break on that road in the last 12 years – leaving some frontline workers without water to even wash their hands or brush their teeth.

When the water did return it was brown, murky and undrinkable and residents and local councillors say ‘enough is enough.’

Cllr Paul Hayes, who logged the issue with Irish Water said that as well as the huge loss of water there, the torrent washed loads of gravel and debris onto the road and into neighbouring properties.

‘I can’t understand how the replacement of this pipe work is not deemed to be a priority by Irish Water. I’ve brought this to their attention at practically every clinic I’ve had with their officials yet this area around Darrara and Ring is being overlooked for vital funding to replace the flawed pipe network,’ said Cllr Hayes.

‘Irish Water only sit up and take notice of a problem area if there has been four or more water breaks there over a year. However, at one point in 2016, I had to clarify with them that their own figures were wrong when they had recorded only one break on that line when in fact there had been 14!’

Cllr Hayes said he spoke with one resident who found several tonnes of debris deposited in his garden due to the torrents of water. 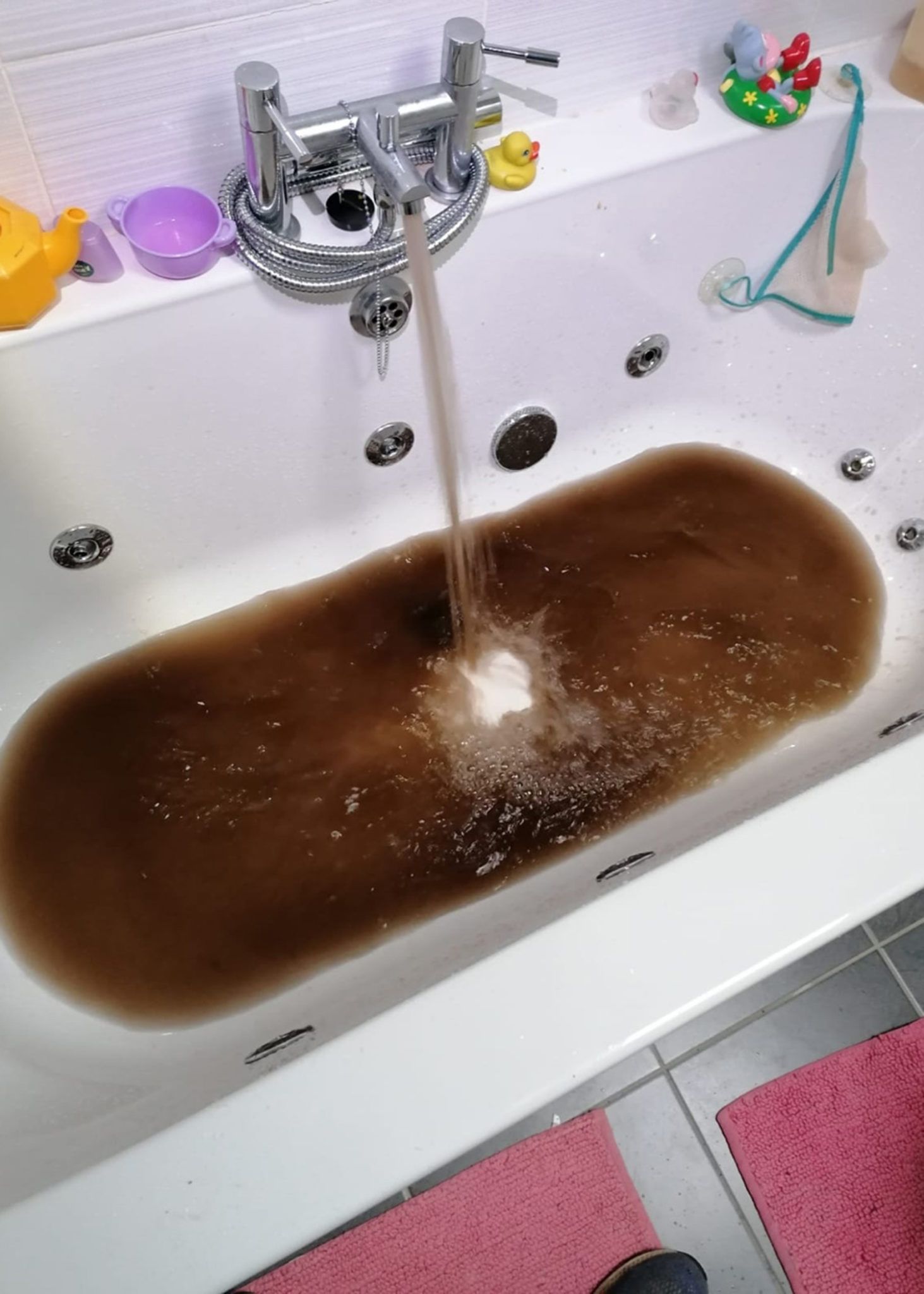 How the water looked flowing into one local bath last week.

‘They were lucky that this happened in the daytime as they were able to divert the water away from their property but if it happened at night time their home would have been flooded.’

Frontline worker, Bernadette Horgan-Edmead said these water breaks are happening all too often and it’s really concerning during a pandemic.

‘All our efforts as health professionals are in vain when you come home you cannot even wash our hands,’ she said.

Another resident, Catriona Coakley said it’s ‘gone beyond a joke.’

‘There wasn’t even a trickle to brush our teeth,’ said Catriona.

Eileen O’Donovan said that every time it goes off it breaks one of their toilets.

A spokesperson for Irish Water said their record shows that there are approximately two bursts per kilometre per year in the Darrara area of Clonakilty and has ruled out any replacement mains at the moment.

‘Over the full 3.65km of watermain in the area, it equates to approximately seven bursts per year.

‘While this watermain is on our list for replacement there are other watermains in the county that burst more frequently and therefore are to be replaced first.

‘We review all bursts across the county and as bursts become more frequent on a length of main, it is usually updates to  higher priority for replacement.’

The company apologised to those impacted by the consecutive bursts in Darrara over the weekend.