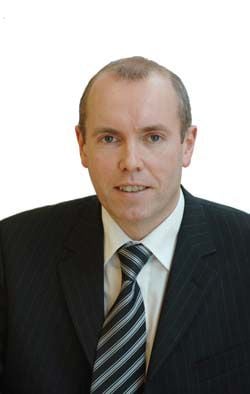 CORK County Council says it is committed to rural community development, despite the recently announced cuts to Leader funding in the county.

Supplementary funding of up to 25% will be provided by the Council to support the Local Development Strategies and work programmes that will be developed for the next round of Leader funds.

‘Funding was always going to be reduced, but this cut is quite stark and I believe there is a case for some level of increase in funds for Cork county,’ he said.

‘We are prepared, as a Council, to fund more and will match funding of 25% and let us be big enough as a Council to support our communities. It would also strengthen our capacity to engage with Government on the review of funding requested,’ said Mr Lucey.

‘I have sought a review of the allocation to Cork County, primarily in view of our geographical scale and that we have three Local Community Development Committees (LCDCs) in the County,’ the Council chief told the members.

County Mayor Alan Coleman said the extra funding will ‘help our cause and will strengthen our case.’

There was a general consenus among councillors that the Government needs to rescind the decision to reduce Leader funding which represents a reduction of 70%, compared to the last round of funding.

West Cork councillors were also vocal in their opposition to the cuts in funding, which they described as an attack on rural communities, and will see the Cork West LCDC receive just over €5m.

Cllr Rachel McCarthy said the cuts in funding would have serious implications for businesses and community groups.

‘It’s unacceptable really that Cork could receive a cut of 70%. We all appreciate the role of this funding and I’m calling on the Government to withdraw this cut. We’ve been very good in using the money and West Cork alone spent almost €10m during the last Leader programme. Now we see that the total funding has been reduced to €13m,’ said Cllr McCarthy.

Cllr Joe Caroll said the reduction in funding was ‘an insult to the people of Cork county’ and a ‘kick in the teeth.’

‘There will be nothing left if this continues in West Cork. Every decision being made is against Cork and we have to, as a Council, look to get this reversed. There are some communities in West Cork who still think they will be getting the same money as before, and are not aware of this substantial cut to funding.’

Cllr Aindrias Moynihan said the cut is an ‘awful hammering that the government is handing down to rural communities.’

‘This is clearly an anti-rural communities bias by the government. The funding was to help communities build it up and make things happen, and it wasn’t a hand-out. Now it’s leaving the whole county with a budget that West Cork got last year and I believe we cannot let this devastating hammering occur,’ said Cllr Moynihan.