PEAKY Blinders star Cillian Murphy has shown his strong support for Connolly’s of Leap in an online post about live music venues.

The Cork actor – who sang in Sons of Mr Green Genes in his late teens and occasionally presents on BBC6 Music – praised small live music venues and said he had some of the greatest nights of music of his life in the revered West Cork music venue, now run by Sam McNicholl.

‘These venues give space for bands and artists to emerge from practice rooms wide-eyed and dreamy, to play and experiment in front of a live studio audience, to learn from the connectivity and electricity of a small room,’ he posted. 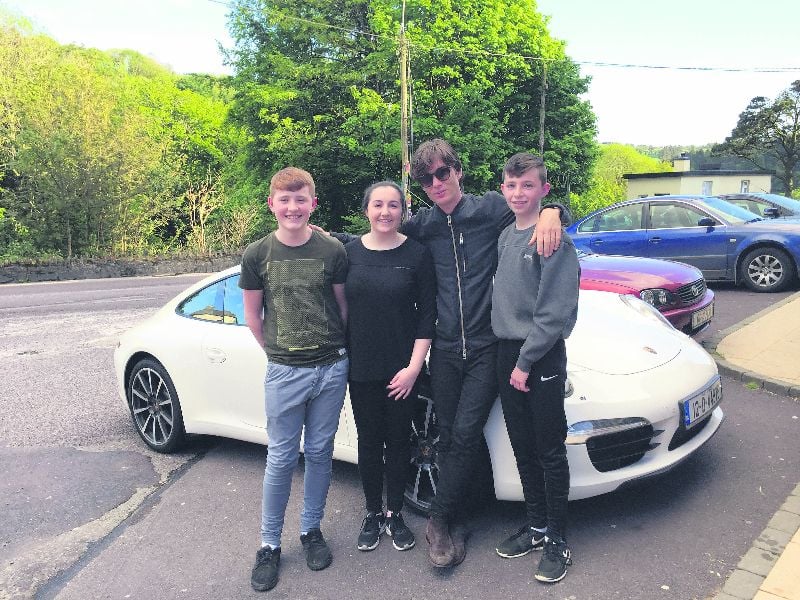 Cillian Murphy with Christy Wilson, Shannon Ronan of the Harbour Bar in Leap and Jamie Ronan.

‘Connolly’s of Leap is that place for me. It truly is a magical venue … there is some unknown juju in that room where music comes alive. Becomes colour.’

Cillian added that small venues like Connolly’s of Leap ‘keep music alive in a way that radio or streaming can never and will never achieve.

‘We must do whatever it takes to protect these spaces which are the lifeblood of live music in Ireland.’

The actor, from Ballintemple in Cork city, has had a remarkable career already, becoming one of the country’s most successful actors.

Along with his Peaky Blinders role, he has appeared in many major movies, like Inception, Dunkirk, The Dark Knight Trilogy, Red Eye and 28 Days Later.

His career kicked off after his incredible performance as a troubled teenager in Enda Walsh’s Disco Pigs in the nineties.