William Crozier, died on July 12th 2011, but this weekend, friends and admirers will be gathering at The Warren Gallery in Castletownshend to honour his memory. 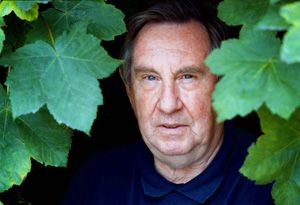 WILLIAM Crozier, who divided his time between his homes in Hampshire and Kilcoe in West Cork, died on July 12th 2011, but this weekend, on Friday and Saturday evening, friends and admirers will be gathering at The Warren Gallery in Castletownshend to honour his memory and to pay tribute to a tremendously innovative artist.

William Crozier loved Ireland and it loved him back. He became an Irish citizen and, from the time he and his wife Katharine Crouan moved to live in West Cork in 1983, it informed his work.

Seán Kissane, the curator of the Irish Museum of Modern Art will be in Castletownshend at 6.30pm on Friday, February 20th next to open the exhibition of work from his collection – works that are full of lush West Cork landscapes, works that are true to their subject matter.

Friends, and a few special guests, will be in attendance at the celebratory dinner at 7.30pm on Saturday, February 21st (price €49.95) where the life and work of William Crozier will be celebrated.