When SEAT spun off their Cupra performance grade to full brand status they had an advantage over other attempts to create a new brand. The name and the ethos were known already.

Which is perhaps why, whether I was driving or just parked, the Cupra Formentor garnered more than the normal amount of obvious attention.

Of course, it was also highly distinctive in black with copper details, as well as being a strong aggressive body style. Hence one comment, ‘the best SUV out there’. 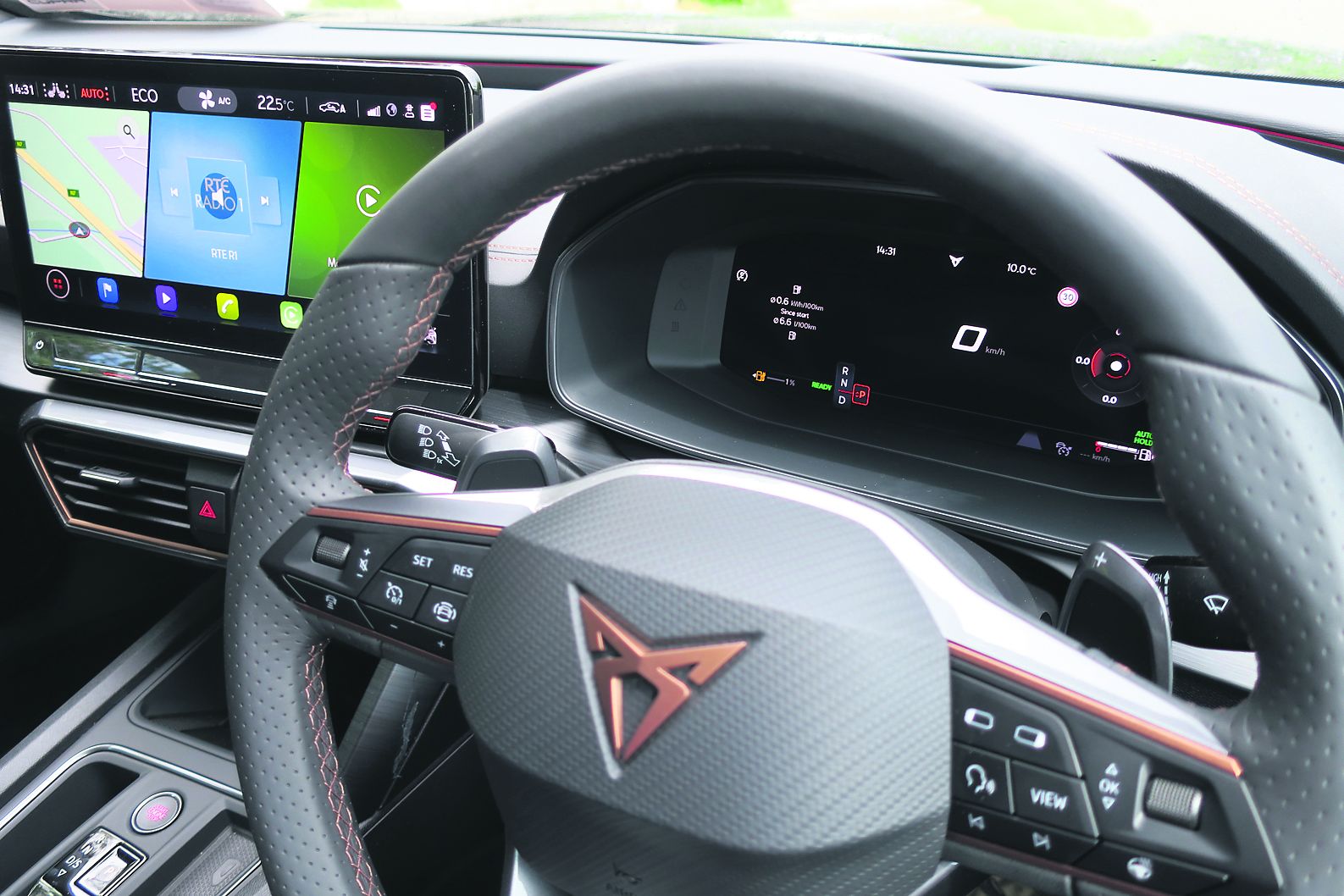 The Formentor is the first dedicated model in the Cupra stable, coming in after the Leon and Ateca models which ‘Cupraified’ existing SEAT mainstream cars. They have certainly pulled out all unnecessary stops.

The Cupra logo still causes a bit of mystification. But I do like it. I suspect it will become more easily familiar than a few other new-launched brands.

The mouldings and profile details are strong, emphasising what people should probably think depict sportiness. In a time when, arguably, one SUV-crossover looks very much like another, the Formentor does stand out.

The copper details I mentioned could so easily have made it tacky, as were the gold ones that denoted sporty Subaru Imprezas in the past. But where they are used is carefully chosen by the designers and they add distinction rather than bling.

The interior follows the same themes. If you don’t like black interiors, then maybe the review car’s inside won’t appeal to you. But the stitching detail on the steering wheel, dashboard and seats and door handle leathers is also done in the copper colour. Which is much less obvious, and nicely so, than the traditional red for sport. 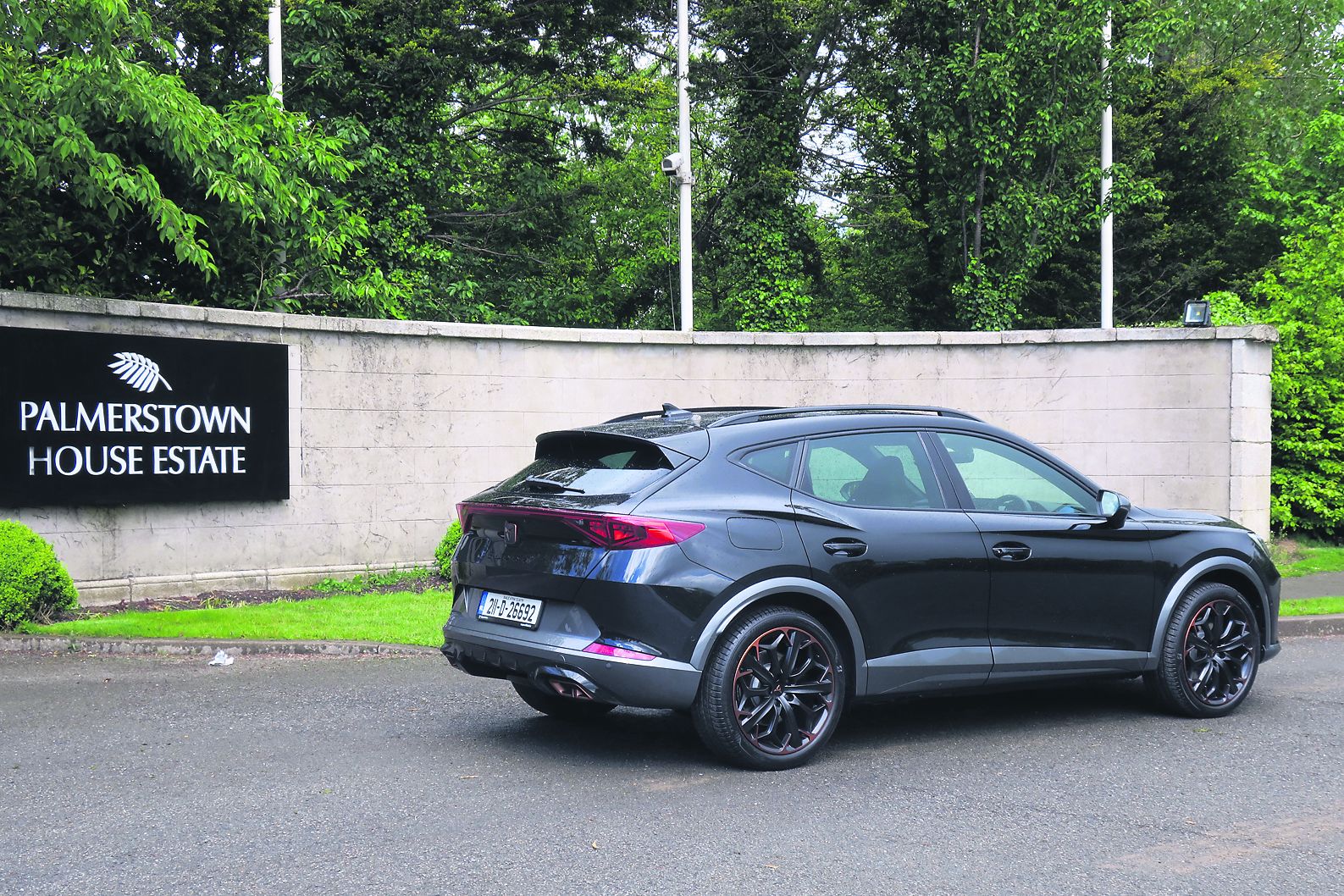 The Formentor’s seats also have a sporty support style, but not to the point of being hard to get in and out of. Probably in part because the height of the SUV format itself is easier for access and egress.

The central screen is large, colourful, and similar to those in equivalent vehicles through the Volkswagen Group. So it has the same benefits and the bugbears. Those latter include the fingertip slider controls for radio volume and temperature management that, on balance, I find I don’t like. Also the seat heater control takes a stretch and two different stabs of the finger while you have your eyes off the road. The need to get back to proper buttons and knobs for certain features hasn’t gone away.

There are power options for the Formentor that include 1.5 and 2.0 petrol units of 150hp and 310hp outputs respectively. There are also 204hp and 245hp versions of the plug-in hybrid variant, of which my review car was the former. Only the 150hp entry model comes with a manual gearbox. There are 150hp diesels coming.

The PHEV has the usual 50km or so electric range, then it’s back to a standard hybrid mode until it gets charged again. But the performance is punchy, and the DSG shifts very fast when you push hard for getting up to cruising or overtaking speeds. At those there is a certain sporty raucousity which I’m pretty sure is built in.

Occasionally still a ‘sporty’ grade in some cars will mean a harder suspension experience. That doesn’t seem to be the case with the Formentor, though no doubt the springs

Price: It succeeds in being different.