THERE was always a notional point that achieving a range of 400kms would be the tipping point where the electric car journey would leave range anxiety behind.

And there’s something beautifully symmetrical in that the official range of the Mercedes-Benz EQA is 423km. That is exactly the weekly distance travelled by the average motorist at 22,000kms a year.

Without realising that at the time, it probably underpins the fact that in my week with the EQA there was no reason for qualm, even when I didn’t bother to recharge it daily. In an average week, I am an average motorist, and in the event I only had to visit my local charge point once during that time, as a courtesy to the next colleague, so that I left it back close to full charge and they wouldn’t be delayed collecting it. 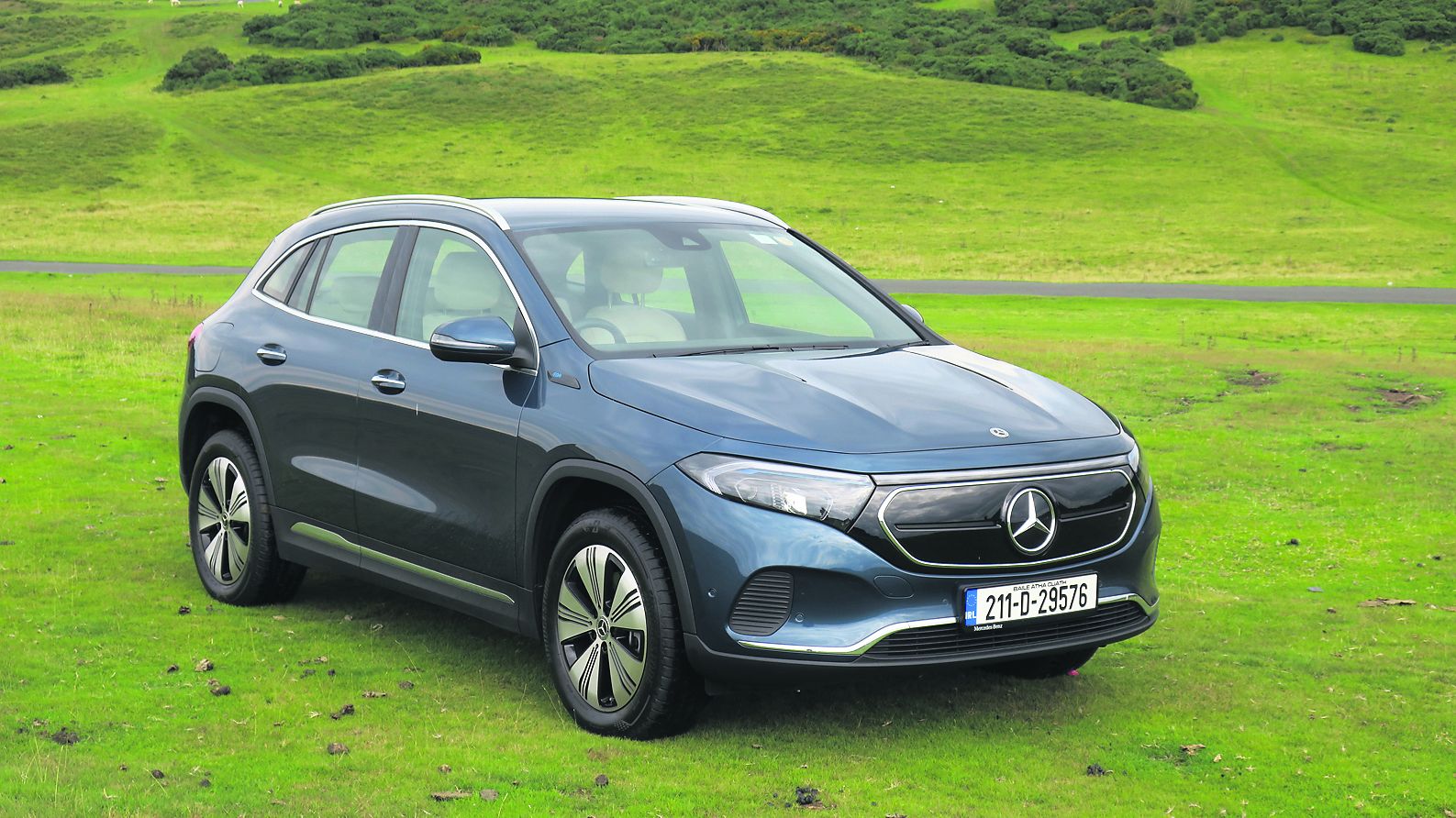 The EQA is based on the GLA, the smallest of the M-B range of SUV/crossovers. So the body is familiar, pleasantly styled, and really only standing off from its ICE (internal combustion  engine) siblings by the closed grille space. As a design, it is neutral, and therefore can be around for a long time without looking dated.

Again, the inside is familiar to anyone who has driven the current Mercedes-Benz range. The wide merged digital screens, the one towards the centre for managing information, entertainment, communication, and climate.

You can do this by swiping the touchpad on the centre console, which I dislike very much, or by touch, along with some real buttons and switches. There is also a touch/swipe facility on the steering wheel remote controls. 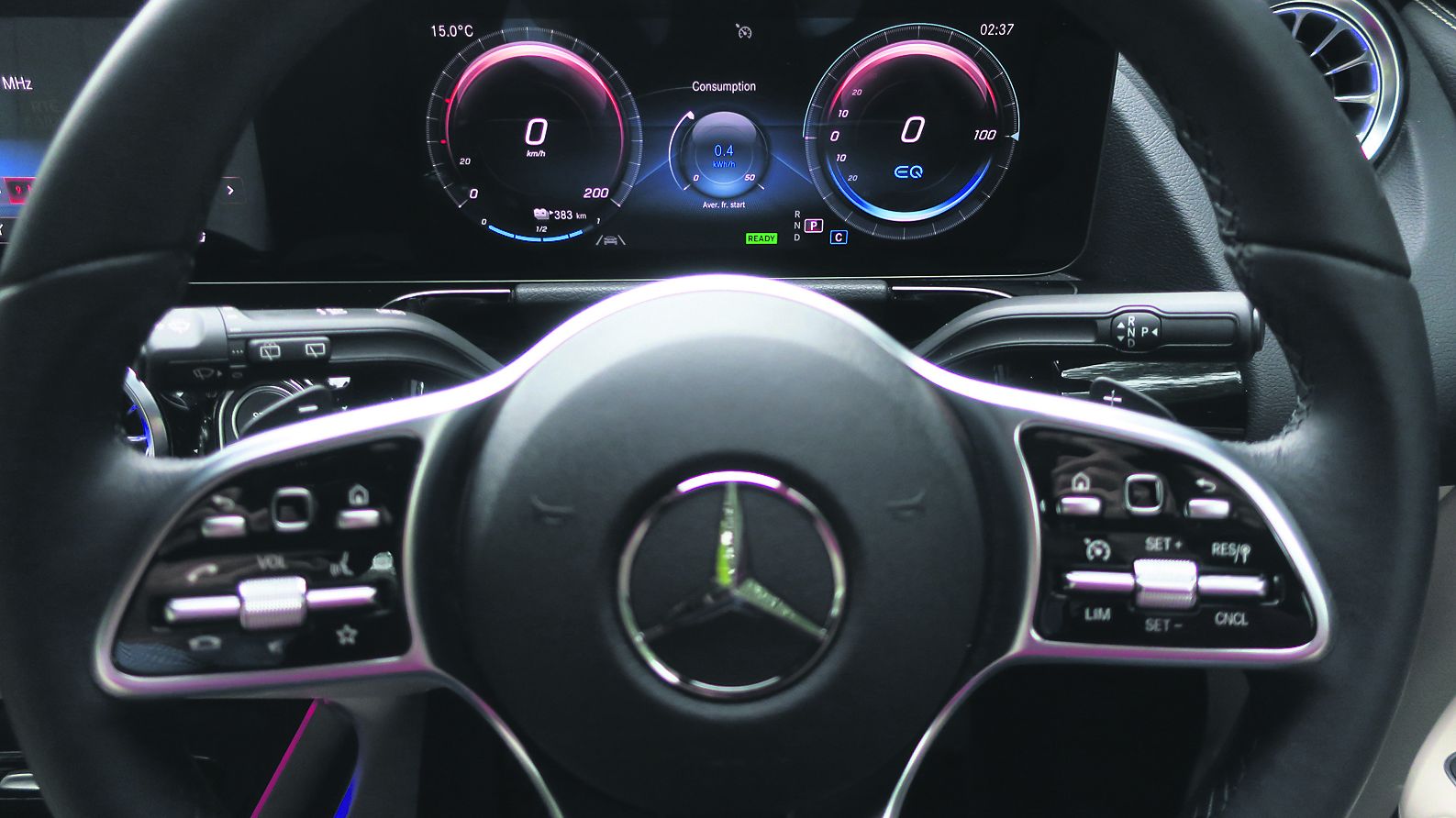 Then the in-front-of-driver main dials, with a variety of further information between them. With so many options of style and colour in the displays available to the driver, it’s all getting more like a gaming machine than a car.

But that’s where we are. Take it as read that the full array of driver assistance and safety tech is also part of the EQA 250 here.

In a Mercedes-Benz, of course, comfort and quality is where we are, too.

The EQA doesn’t let that ethos down in any way, and everything you could need in leather, wood, brushed metal trimmings are there, all adding to the required degree of sumptuousness. 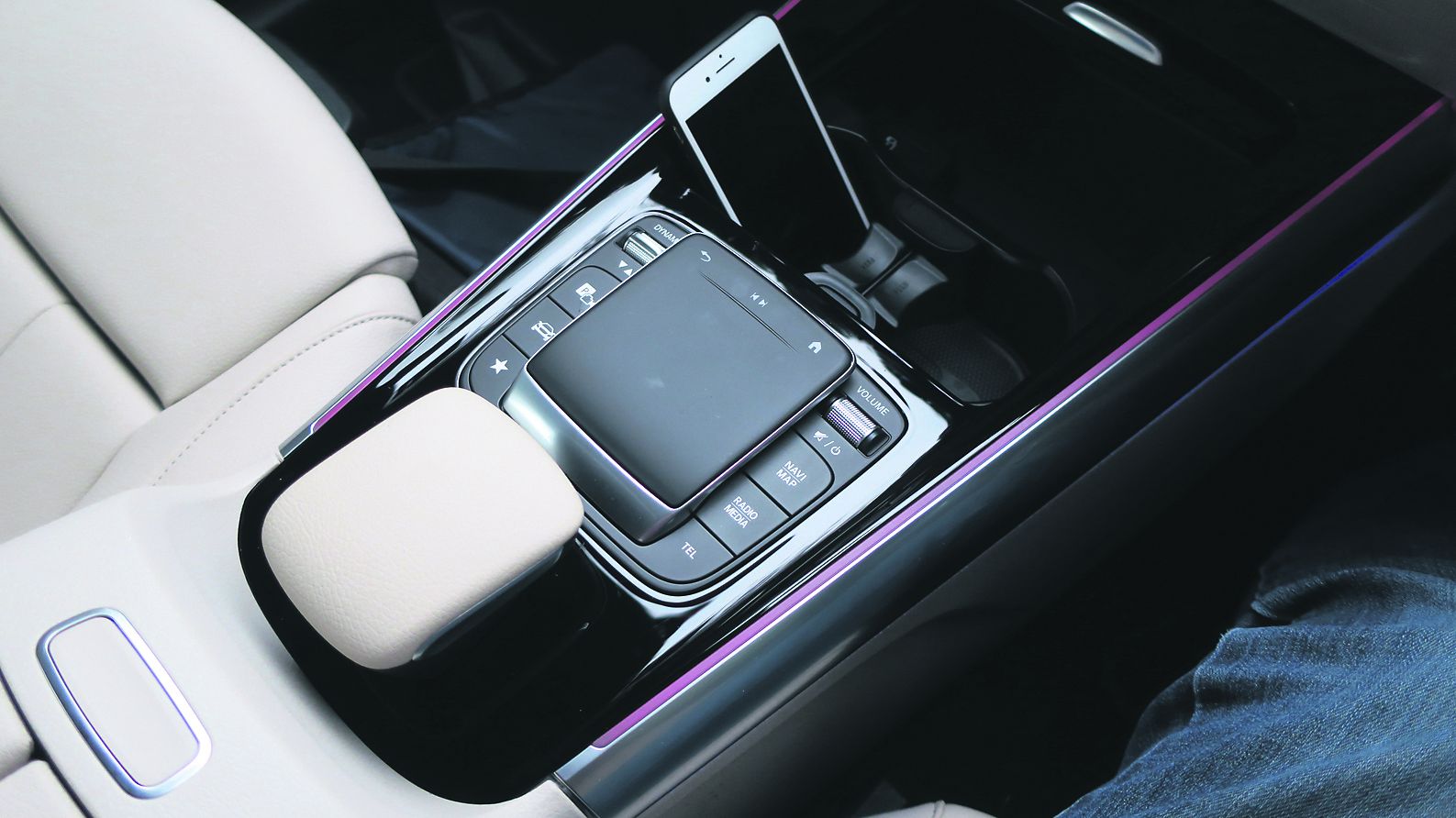 It may be the smallest of the brand’s crossovers, but it is plenty roomy in every dimension for a full complement of adults, and since the battery is under the floor, there’s no compromise in luggage space either.

As for the drive? Well, as reviewers, we are all now well used to the smooth performance and swift acceleration that any electric drivetrain provides, and the relative silence of operation.

At the rate electrification is going, the next generation of car owners will know no different. There is also, with fully electric vehicles, that slight sense of heaviness from the extra overall weight due to the battery pack, but the powertrain is well able to deal with that.

The technicals of the EQA are straightforward. There’s 190hp available from the electric motor, the usable energy from the battery 66.5kWh, a 0-100km/h in 8.9s is doable, and the car is capable of taking a charge at up to 100kW DC.

Having spent six decades being fascinated by the innards and workings of the internal combustion engine in all its guises and formats, that accumulated knowledge is quickly becoming as relevant as the advent of digital photography made my skills in the darkroom. It is a funny old world.

What I like: It’s a non-pretentious premium future, here today. 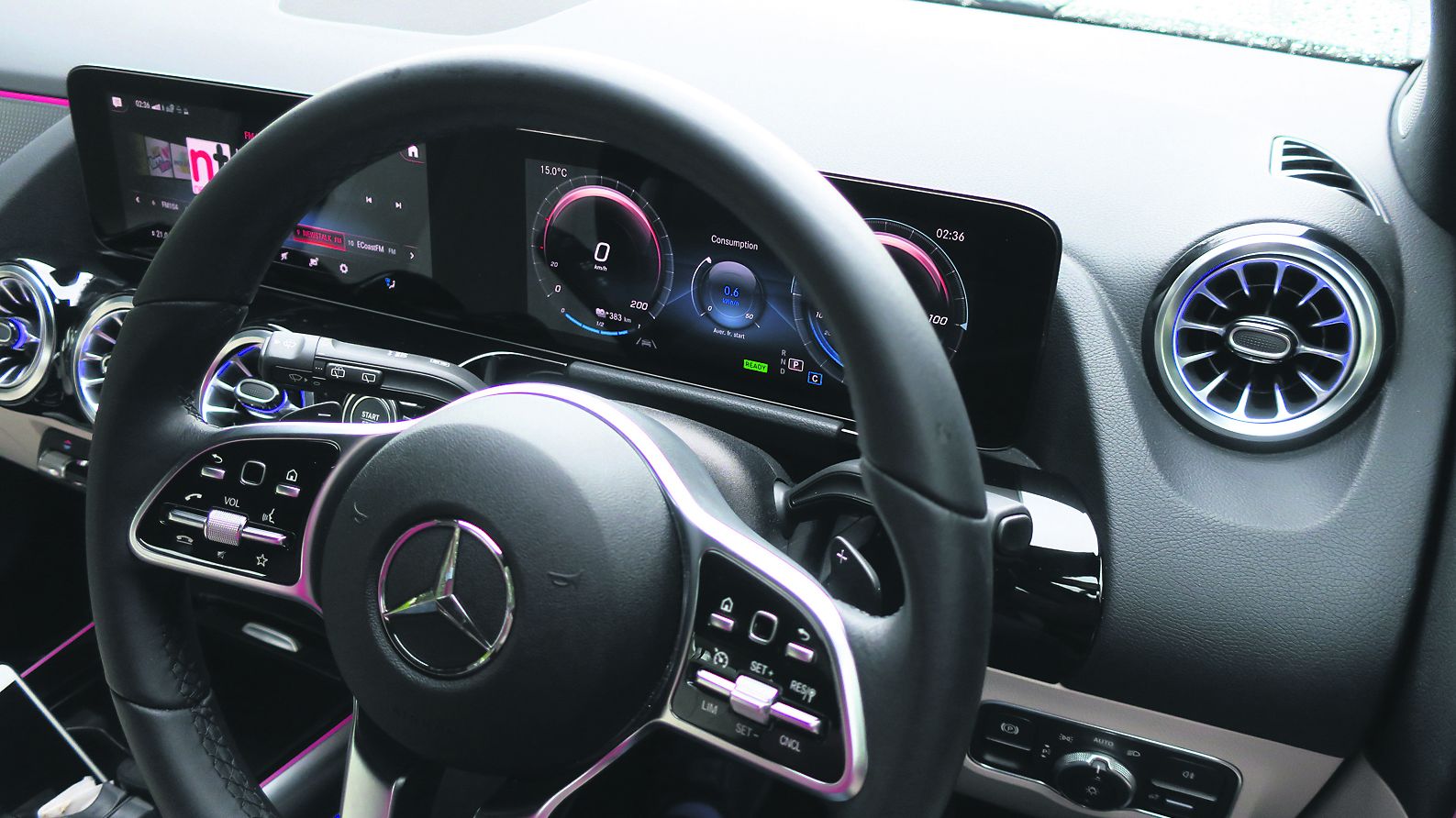