A WITNESS has described how he held onto his friend Cameron Blair as he bled out from a fatal stab wound to the neck, telling gardaí who arrived at the scene: ‘I can’t let go.’

Darren O’Leary also told the Central Criminal Court how murdered college student Cameron, from Ballinascarthy, said that three teenagers, one of whom later plunged a knife into his neck, ‘were tome, or sound’ before he brought them into a house party in Cork city.

The jury also heard that 20-year-old Cameron was ‘completely unaware’ that he had been stabbed as he was intoxicated at the time.

The witness, who had hosted the ‘pre-drinks’ party in his rented student accommodation, described applying pressure to Cameron’s neck before he collapsed on the ground and bled to death from the fatal stab wound.

The 12 jurors have been told that the events of this case related to ‘a tragic situation’ where Cameron, a chemical engineering student at CIT, died at CUH last year after being stabbed in the neck. Another juvenile has already pleaded guilty to his murder.

Mr O’Leary was giving evidence in the trial of the now 16-year-old accused, who is charged with the production of a knife at a house on Bandon Road in Cork city on January 16th, 2020.

The accused, who was 14 at the time of the incident and cannot be named because he is a minor, has pleaded not guilty to producing an article capable of inflicting serious injury in the course of a dispute, to wit a knife, in a manner likely to unlawfully intimidate another person.

Referring to the incident, Mr O’Leary said that someone had mentioned that one of the three teenagers outside the house had ‘a blade’. The witness said he was about to ring 911 but hung up the phone as Cameron told him: ‘Darren it’s fine, they are tome, sound.’

People from outside the front of the house then began to run inside and into the bedroom, he said, and that was when he realised that the ‘middle fella’ had a knife. ‘The blade could have been five to six inches. It was by his side, he had it on his chest area and was waving it around making it obvious he had a knife,’ he explained.

The witness said a girl who had been punched in the face by one of the three boys was trying to go outside the house to confront the group as she was angry. ‘She pulled at me, I pushed her away as my main concern was Cameron. I picked her up and threw her on the couch,’ he said.

Mr O’Leary said he then pulled the front door open and Cameron began staggering backwards, with blood coming from his neck. ‘I knew by the way the blood was coming out that it had hit an artery,’ he noted.

‘I grabbed Cameron by the throat, at this stage he was completely unaware that he had been stabbed. He was looking at the two lads running away,’ he said.

The witness said he then pulled Cameron into the house, held him inside the door and began applying pressure to his neck to stop the bleeding. ‘I told him that he had been stabbed, I was holding him up in my hands,’ he said.

Mr O’Leary said he looked at the front door and saw the ‘fella in the middle’ staring at what had happened and ‘he looked shocked’. The witness told another friend to hold the door closed until gardaí arrived.

A few seconds later, Mr O’Leary said, Cameron fell back against the door and collapsed. ‘I fell down with him,’ he added.

Mr O’Leary testified that he began shouting at others in the house to call an ambulance as Cameron had been stabbed in the throat.

Gardaí arrived 10 minutes later and cleared the house. ‘I told them I can’t let go as he had been stabbed,’ he said. When the paramedics arrived, he said he was told to leave the house and stand outside.

It is the defence contention that two boys out of a group of three who had gathered outside the house were in possession of a knife on the night, but not the defendant in this case.

Another witness, Ciara Morrissey, testified that she was ‘hit’ in the eye by ‘the smallest of the three boys.’

She told prosecution counsel John Fitzgerald SC that she had gone to the party with her two friends but only knew two people there.

At one point in the night, she said she went to the bathroom with her two friends and when she returned there were three people at the party who had not been there previously.

Ms Morrissey said she knew the tallest of the three boys and began talking to him. ‘They mentioned they had school the next day in a group conversation,’ she added.

The witness said that ‘something was going on’ between two groups of people later that night.

She said there was ‘a cluster of people’ inside the front door and a group of people on the footpath outside.

She walked outside the door and saw the three boys. ‘There was a commotion but what they were arguing over I have no clue,’ she said, adding that there was ‘loud shouting’ between the two groups.

Ms Morrissey said the ‘three lads’ were no longer welcome in the house and she had ‘shoved back’ the guy on her left hand side.

‘As I did that he hit me, at the time, he was the smallest of the three,’ she remarked. She continued: ‘He hit me on my left eye. I have no memory after that really.’

The witness said she remembered seeing ‘a body’ at the front of the stairs and three of Cameron’s friends were looking for towels.

A friend of the previous witness, Courtney Histon, told defence counsel Timothy O’Leary SC that there had been a fight outside the front door of the house and said Ms Morrissey had gone outside.

Ms Histon said the three boys were trying to come back into the house and Cameron and maybe another person were standing in the doorway.

She said she remembered the boy who had stabbed Cameron ‘trying to stick his foot in the doorway’ in order to get back into the house and was ‘focused’ on him as he had a knife in his hand.

When asked what happened after the exchange between the two groups, Ms Histon became visibly upset and said her friend had come back into the house and the door was then closed.

‘It opened two minutes later and Cameron came in and he had been stabbed in the neck,’ she said.

Tiernan Quinn told Mr Fitzgerald SC that the host of the party, Darren O’Leary, started ‘clearing’ the house, when it was time for the party-goers to go into town.

The three boys were ‘still hanging around’ outside the house and trying to come back in ‘saying they had left an iPhone charger inside,’ he continued.

‘The smaller fella was saying he wanted a charger and a charger was passed out. They had the charger but they were still there causing hassle to get back into the house,’ he indicated.

Mr Quinn said it was getting ‘rowdy’ at this stage and he saw the ‘tall fella’ pull up his top during the argument and ‘the smaller fella’ said: ‘Give it to me, I’ll shank one of them.’

The witness said that ‘the tall fella and the small fella’ were ‘reaching around’ Cameron ‘trying to get past him’ and punches were being thrown.

‘I remember looking up and Cameron was blocking the doorway and the small lad and tall lad were trying to reach past him with knives in their hands,’ he remarked.

Mr Quinn said he was ‘shocked for a second’ when he saw the knives, so he ran out through the back garden of the house.

‘I heard sirens when I was outside in the garden and thought the gardaí were there so I thought it was good to go back,’ he said.

Mr Fitzgerald asked the witness if he could say by reference to a photograph which two of the three boys he had seen with knives on the night. ‘The one on the left and in the middle,’ he replied.

The jury has heard that the three boys had their photo taken at the party and copies of this have been provided to the jurors.

Under cross-examination Mr O’Leary SC told Mr Quinn that his client was ‘the man in the middle’ of the photograph.

Mr Quinn told Mr O’Leary that ‘the tall man’ and ‘the small man’ both had knives on the night.

‘You did not see three knives,’ asked Mr O’Leary. ‘No’, replied Mr Quinn.

It is the defence contention that two boys out of a group of three who had gathered outside the house were in possession of a knife on the night but not the defendant in this case.

One of the boys has admitted murdering Cameron and another has pleaded guilty to violent disorder and to the production of a knife.

However, it is the State’s case that each of the three boys had a knife on the night. The trial continues. 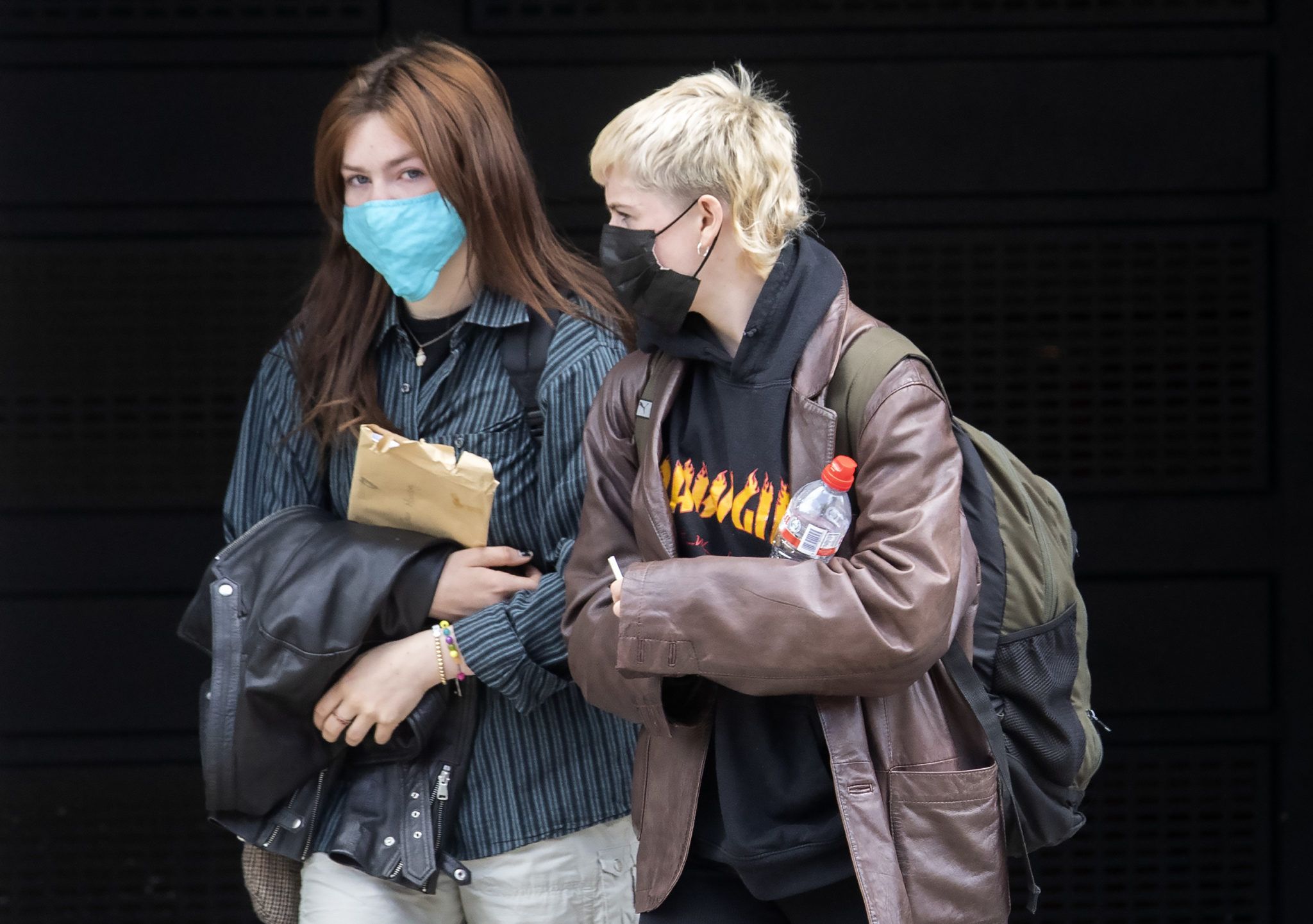 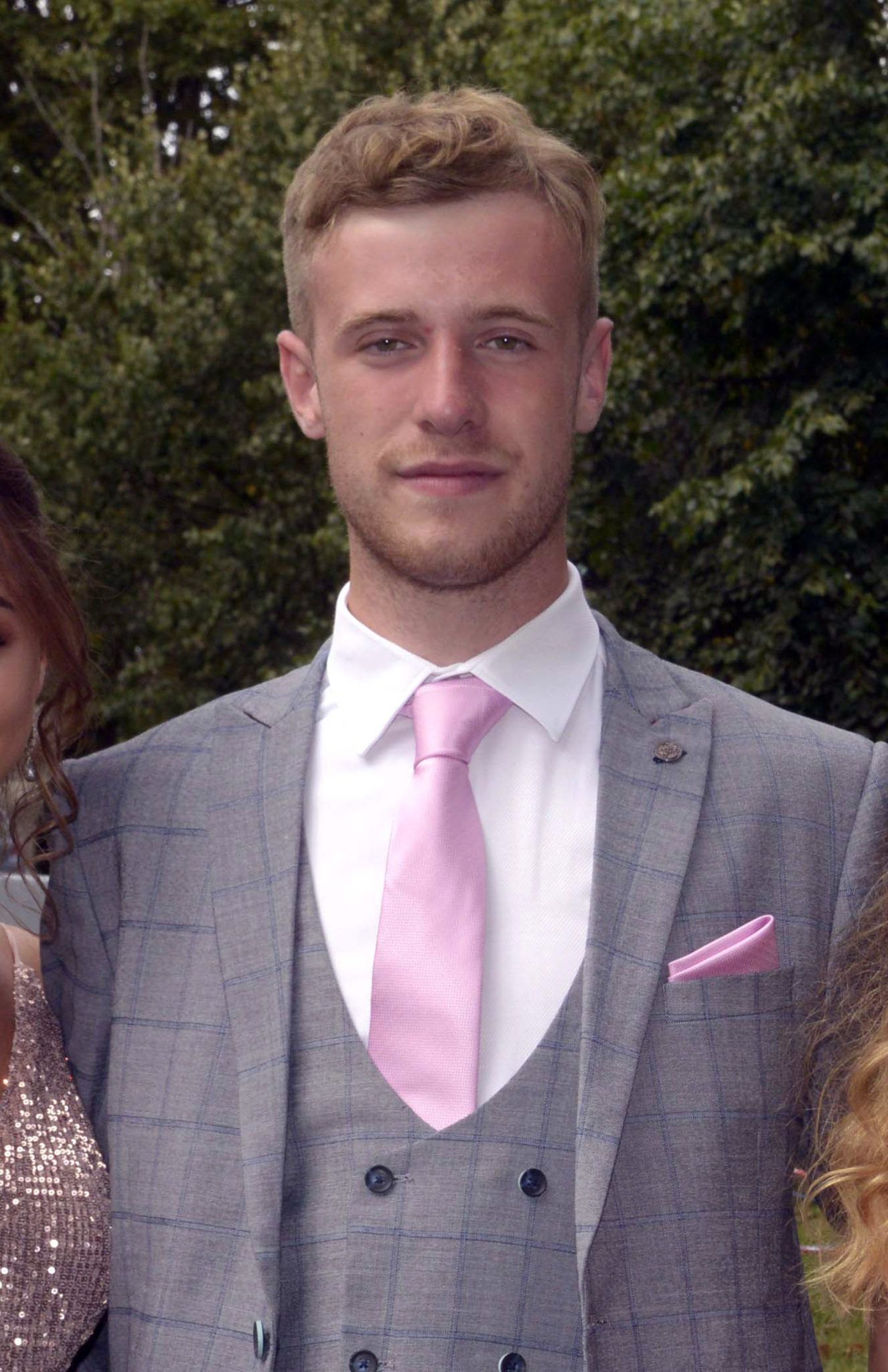