DIRE broadband coverage in parts of West Cork is forcing some students to work from their local digital hubs so that they can continue with remote learning.

Leaving Cert student Brian Crowley from Drimoleague, who attends Skibbereen Community School, is just one of many students experiencing connectivity problems. He ended up missing the first week of this term because he couldn’t access the online classes from home.

‘I have one bar of service on my mobile and the broadband is brutal at home. I have 0.26megs for downloading. I missed the first week because I couldn’t log on to the live classes,’ Brian told The Southern Star. 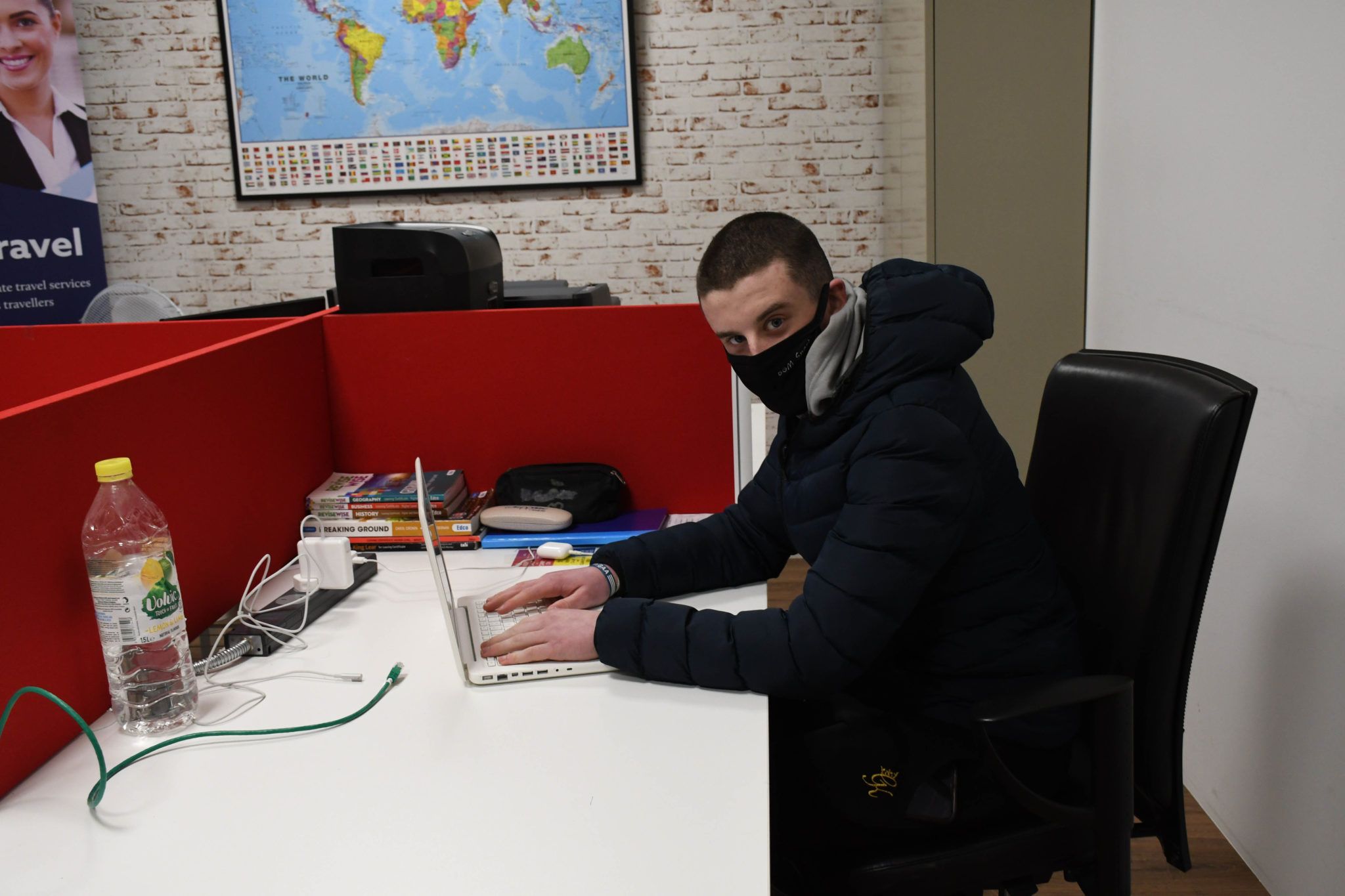 Brian Crowley, Lissane, Drimoleague who is studying for his Leaving Cert studying at the Ludgate Hub in Skibbereen. Photo: Anne Minihane.

Brian is lucky that he has been able to use the Ludgate digital hub in Skibbereen for last week and this week, thanks to the school and the Ludgate board. ‘I’m the only one here in my own office and it’s super that I can log on without fear of missing classes. I think I’ll be here until schools are allowed reopen.’

It’s a similar story in Dunmanway where some third level students have been using the Brookpark Business Centre in order to sit their online exams since last year.

‘They just can’t take the chance doing them at home in case in drops off. Students can approach us, but it’s important we balance it with our existing customers, in the interests of health and safety,’ said Brookpark director Peter Walsh.

Teachers are also feeling the strain of trying to teach online classes with poor connectivity.

Donna O’Regan from Leap, who teaches history at Carrigaline Community School, said she has to use her phone as a ‘hotspot’ connection most days while teaching.

‘It’s not the worst broadband, but it’s certainly not up to the standard we need and If I drop out in the middle of a class, it’s my 30 students who will be most affected,’ said Donna.

‘I also have problems when correcting work and trying to open and close documents – this is taking way longer than it should,’ said Donna.

Cork South West Independent TD Michael Collins raised the issue in the Dáíl last week of the ‘shocking broadband service’ in West Cork. He said Leaving Cert students in some areas cannot access school remotely on their computers, while others cannot even get mobile phone coverage in their homes.

‘I had a mother on the phone who told me she had to pick and choose which of her five children could use the wi-fi in the house because it is too slow for all of them to use at once,’ said Deputy Collins.

He also asked if a plan could be put in place to allow some disadvantaged students to go into schools to access the schools’ wi-fi networks instead.

At this week’s online Council meeting, several councillors highlighted problems with broadband in their respective areas.