The building being described as Dunboy Castle is the former Puxley Mansion. (Photo: Anne Marie Cronin)

Puxley Manor, once the base of the Allihies mines family, has another shot at becoming a luxury holiday destination, after earlier plans were victims of the Celtic Tiger and a rare breed of bat, writes Helen Riddell

IN 1812, John  Puxley formed the Allihies Mining Company and began mining copper deposits in the area which, at its peak, employed 1,500 people.

Following the success of the mines, he acquired lands at Dunboy, just under 2km west of Castletownbere in order to build a home.

Starting first with the construction of a square castellated tower at the north end of the site, he later extended the house and added the middle section.

In 1886, his son Henry Puxley built a grand Gothic extension at the eastern end, with the building project overseen by EH Carson, the father of the Ulster Unionist Sir Edward Carson.

Henry Puxley also renovated the old part of the family mansion, the total bill eventually coming to €36,827. However, in 1872, Puxley’s wife died in childbirth and he left Ireland never to return.

In June 1921 the mansion was gutted by fire by the local IRA unit. A fortnight previously it had been rumoured that the castle was to be occupied by British military from their nearby base at Fort Berehaven. 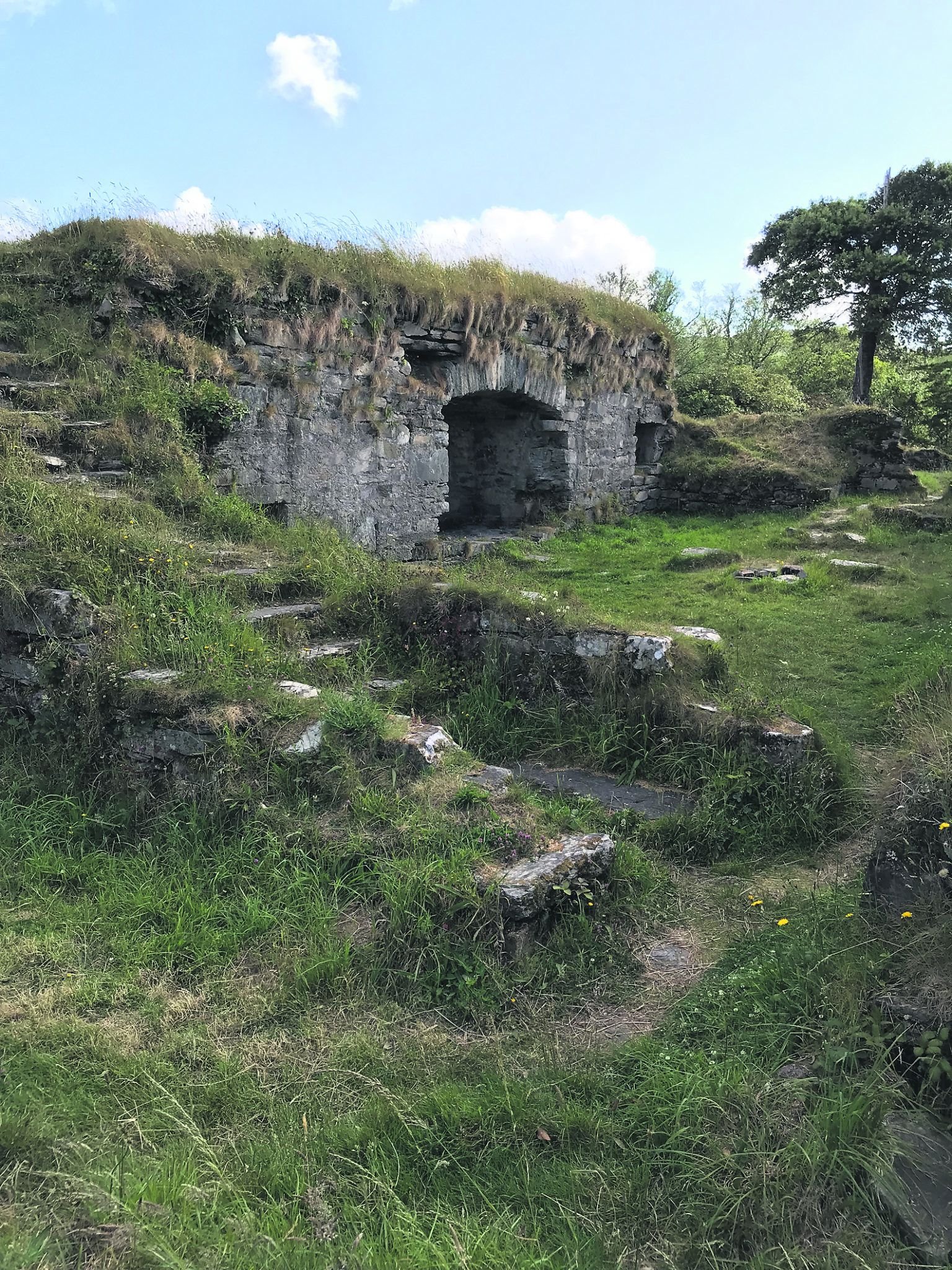 The ruins of the original Dunboy Castle are nearby.

In 1926 Henry Puxley gave instructions to sell the estate at Dunboy. It was bought by a local family in whose ownership it would remain until 1999, when the estate was sold to a consortium, who planned to develop the ruined mansion as a hotel.

Plans were lodged with Cork County Council in December 2004. By now, two luxury hotel groups had expressed an interest in the project, the Fitzwilliam Hotel Group and the West Paces Hotel Group, founded by legendary hotelier Horst Schulze, founder of the Ritz-Carlton Hotel Group. Schulze eventually came on board and started a €50m restoration project on what was billed as the country’s only six-star hotel.

However, with work about to start on the restoration, an endangered species of bat was discovered in the ruins, which resulted in the development being put on hold until a specially constructed bat house was built nearby, at a cost of €150,000.

The lesser horsehoe bats were not allowed to be physically moved and construction teams had to wait until they left of their own accord to take up residence in their new habitat.

As well as restoring the mansion, 72 new suites were constructed at the rear of the castle, targeted at international investors. A soft opening was held in Christmas 2007 with a temporary kitchen allowing food to be served, culminating in a grand New Year’s Eve party, which at the time was said to be the largest ever held in Beara. 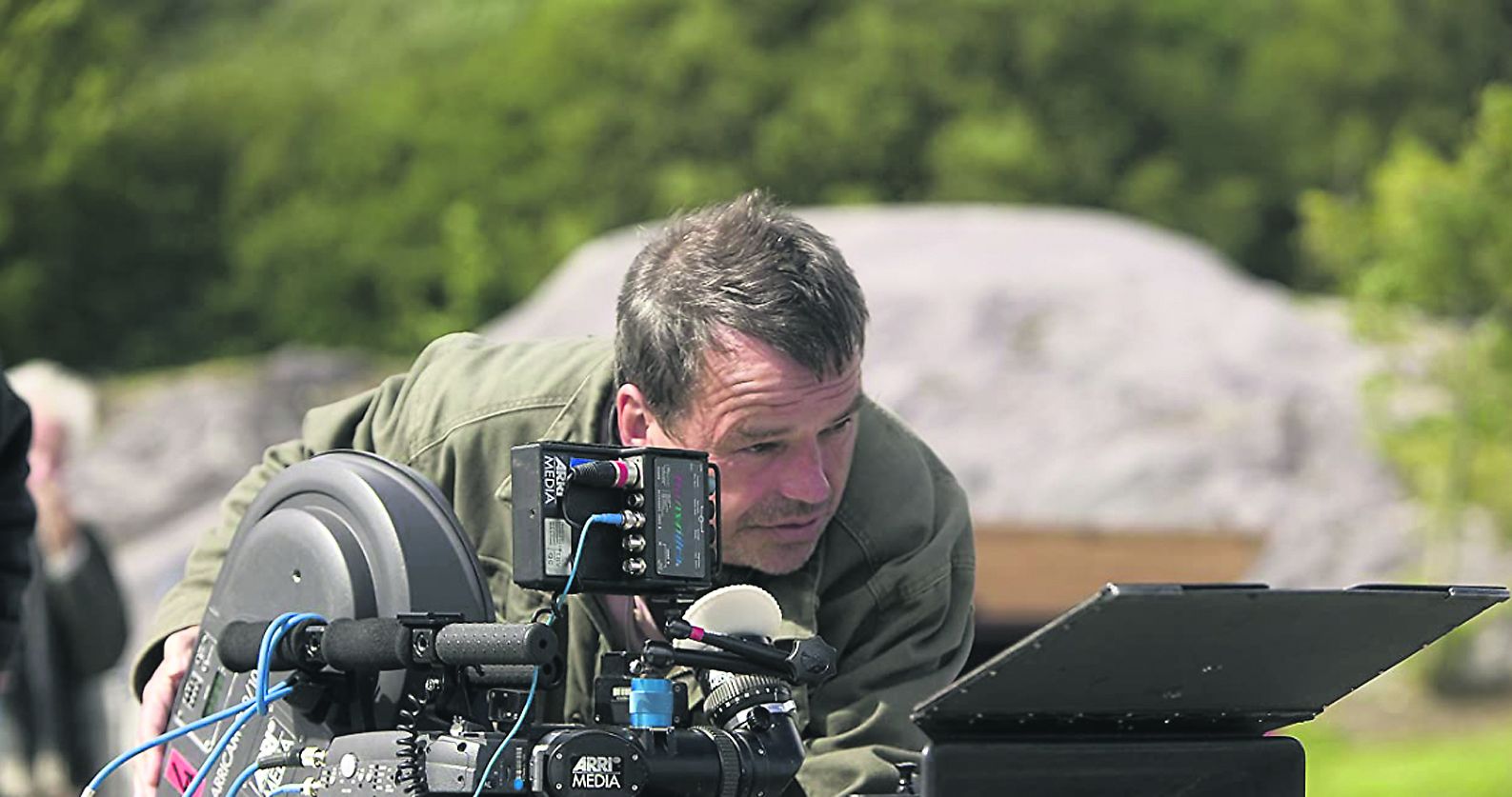 Neil Jordan, who has a home in Castletownbere, on the set of Ondine, which was filmed locally and starred Colin Farrell.

Work continued in the early half of 2008, but the collapse of Lehmann Brothers later that year led to credit running out for many Celtic Tiger developments, including Dunboy. A planned opening of the hotel in the summer of 2009 was cancelled and work was eventually suspended, in January 2010.

Now with work set to resume on the hotel, Beara is once again gearing itself up for an influx of visitors to enjoy all the area has to offer. Whilst many said the hotel’s remoteness, almost a two-hour journey from Cork Airport, would be a hindrance, its isolation is seen as a plus point for those who want to truly escape from it all, with the nearby Dzogchen Beara Buddhist retreat centre a haven for total relaxation.

It’s also felt that the recent re-thinking of leisure time, post-pandemic, has seen such remote locations experiencing something of a revival in the itinerary of high-end destination tourists. 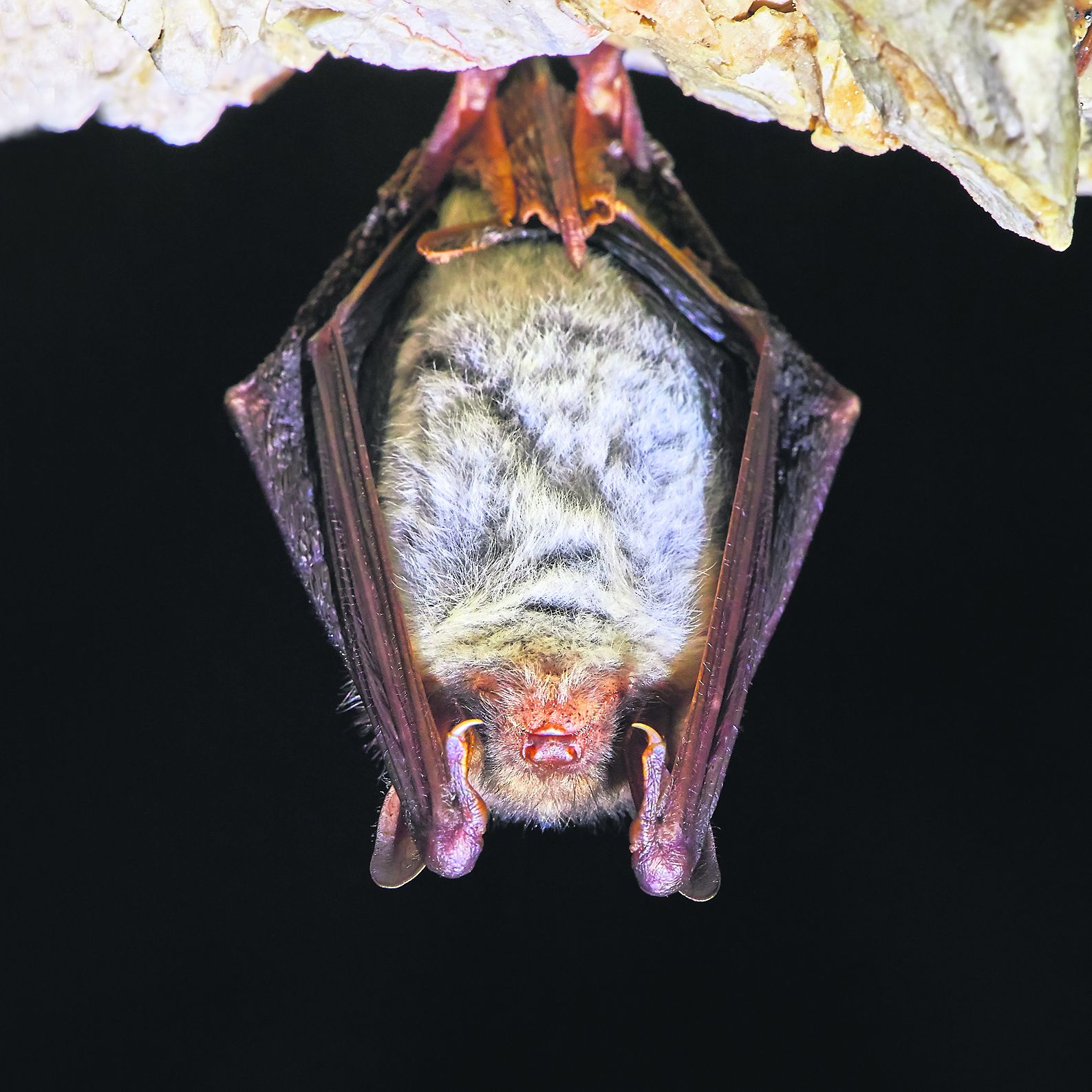 The lesser horseshoe bat caused a delay the last time there were amibtious plans for the building.

The rugged landscape of Beara has always been a magnet for many in the creative industries, too.

Director Neil Jordan owns a house outside Castletownbere and set his 2009 movie Ondine starring Colin Farrell in the area.

No stranger to the area, Farrell launched his career with the 1998 TV mini-series Falling for A Dancer which was filmed throughout Beara, based on a book by another Beara resident, Deirdre Purcell.

Beara is an area steeped in heritage, with much of it linked to fortification.  The former stronghold of O’Sullivan Beare, the last great chieftain of Ireland, lies just metres to the south of the Puxley mansion. When the castle fell to English forces in 1602, O’Sullivan Beare and his followers trekked to Leitrim to seek help. The route they took, the Beara Breifne Way, is now marketed as Ireland’s longest walking trail which includes a number of looped walks throughout the peninsula and its islands.

With Ireland’s largest fishing port on its doorstep, hotel residents will no doubt enjoy the best seafood the area has to offer, in what was once the home of the Copper King of Beara.