DOZENS of lucky dogs got their teeth into treats on Christmas morning, thanks to a Cork charity drive for abandoned animals.Mary Finnegan 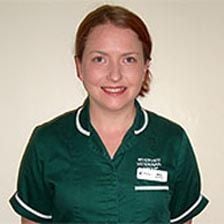 DOZENS of lucky dogs got their teeth into treats on Christmas morning, thanks to a Cork charity drive for abandoned animals.

Santa delivered a special consignment of furry festivities with stockings of goodies and wrapped gifts to benefit hundreds of animals last week. Eighty dogs and 150 cats without homes of their own woke up to individual gift packs while kilos of food will see them through to early 2015.

The campaign was orchestrated by Bandon-based veterinary nurse Mary Finnegan and staff at the Gavin Russell Vet Clinic Group. Passionate about animal welfare, Mary was among a team of volunteers who targeted suppliers, clients and the general public in a bid to share the Christmas spirit among shelter animals.

‘The idea was to give something to the dogs that find themselves in cages on Christmas morning, to ease the plight for the dogs and cats that don’t have their own home. The shelters are overflowing all year around but around this time they are under particular pressure,’ Mary said.

The drive resulted in huge generosity with donations of cash, food, toys and treats. But Mary is hoping the campaign will hit home for those who can't fully commit to the lifelong care of a pet.

‘We are trying to get the message out there that an animal is for life, not for people who get a pet on a whim at Christmas and then discard it in January. We would also really encourage owners to have pets neutered and micro-chipped to ease the pressure on shelters,’ she said.

Mary, who raised €4,000 for abandoned animals by doing a sky dive earlier this year, has two rescue pets of her own. Buddy, Mary’s pet Jack Russell is a stray that wandered into the vet clinic where she works in Bandon. Jake, her pet collie, was a one-day old abandoned puppy that Mary bottle-fed and then fell in love with.

‘They are the best of friends now,’ she said.