An ambitious project to chart the history of one of West Cork’s most picturesque and popular harbours in Roaringwater Bay is garnering lots of interest, writes Sarah Canty

THE Ballydehob Quay Project Group, led by local author and maritime researcher Cormac Levis is documenting the life of historic Ballydehob Quay and is asking the public for assistance.

Any old photos, maps, sketches, or stories of the main quay near 12-arch bridge, or indeed a dozen or more little quays that dot the coastline from Kilcoe to Rossbrin, could be included in a comprehensive local interest publication.

The rich and varied life of Ballydehob Quay began in the late 1700s, when the pier and store were first built to facilitate the export of corn to Wales and England.

By the mid-1800s, ships were bringing timber into Ballydehob from Canada and taking Irish emigrants back to North America. These ships were later described as ‘coffin ships’ because many passengers during the famine died on the journey.

The harbour would have been particularly busy at the turn of the century, with the brisk sea trade between Britain and Ireland at that time.

During this period the quay also bustled with small row boats on Thursdays, as this was market day in Ballydehob when folks living on the islands in Roaringwater Bay might exchange their butter and eggs for a range of other goods available along the busy main street of Ballydehob.

Coastal trade completely dried up in the 1940s, and the attractive stone-fronted store was transformed into a private residence in 1974.

The task to collect information about the Ballydehob Quay began when associate professor Elizabeth Shotton from UCD contacted Levis for help researching her own project.

Shotton is working on an Irish-Welsh academic survey of harbours along the Irish Sea, documenting them before they succumb to rising sea levels and storm damage and to raise awareness of importance of harbours as coastal heritage.

For her project Shotton requires a photographic survey, a written history of the quay, and aerial and rectified photographs for making 3D models.

Levis hand-picked people whom he knew would be interested in documenting the quays and who had various other skills and interests to add to the project.

‘I was always conscious of the potential, that more could be done with this project for the locals, he told The Southern Star.

The result is an impressive group of volunteers with expertise, or a combination of experiences in the fields of photography, archaeology, local history, art, seafaring, and community organising.

Once they have fulfilled the requirements for the academic project, they will set their sights on their own grass roots mission to ‘focus more on the social and cultural significance of the harbour and the story of Ballydehob’, according to Levis.

Information on Ballydehob Quay and its satellite quays along Roaringwater Bay will make an attractive local interest book, with the possibility of a digital archive and permanent exhibit in the village as well, he dded. Anyone wishing to contribute their own photos or stories to the Ballydehob Quay Project should contact Cormac Levis at [email protected] 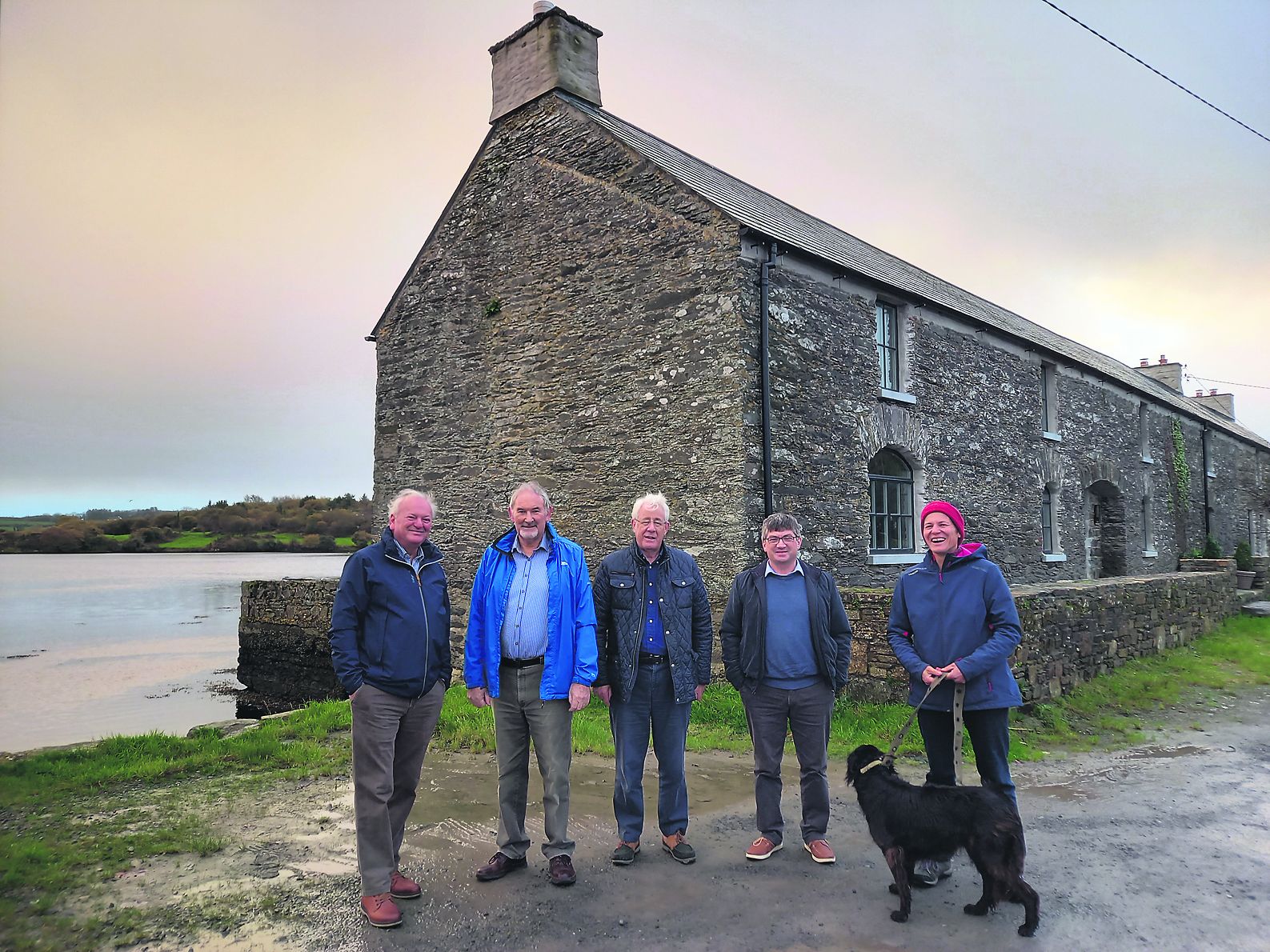 Some of the Ballydehob Quay Project volunteers, from left: John Forde, Eugene McSweeney, Eoin Fannon, Cormac Levis, and Anke Eckhardt, in front of the old store house, which has now been renovated into a home.

MARIE-ANNE Birken bought the distinctive store building on Ballydehob pier from owner Mark Haugaard in 2017 and retired there permanently in 2021 with her partner Eoin Fannon.

‘We were lucky to meet Mark when we first saw the house, and he told us about its history and his father’s vision for the development of the building into a residence,’ she explained.

Mark’s parents were poet Myrna and the acclaimed Danish children’s book writer Erik Haugaard, best known for his translations of the works of Hans Christian Andersen.

They had transformed the old store into a home and studio in the 1970s, naming it Toad Hall.

‘Mark’s passion was inspiring, and I agreed to buy the building a week after seeing the house, following the structural survey,’ said Marie-Anne.

The house needed substantial renovations to improve heating and insulation. But, given its historic importance, no major changes were made besides the addition of a south facing window looking over the bay.

A cottage on the property acts as Marie-Anne’s weaving studio, and part of the main building will be renovated next year for holiday accommodation.

Marie-Anne is a Dutch national and solicitor who spent her adult life working in seven different countries, mainly in Asia.

The interior of the house is tastefully influenced by those travels.

‘We feel privileged to live in such a historic place, and we love the energy of Ballydehob,’ she said.