Twice-published author Kristin Gleeson has opted to take the self-publishing route for her third book, 'Along the Far Shores'. 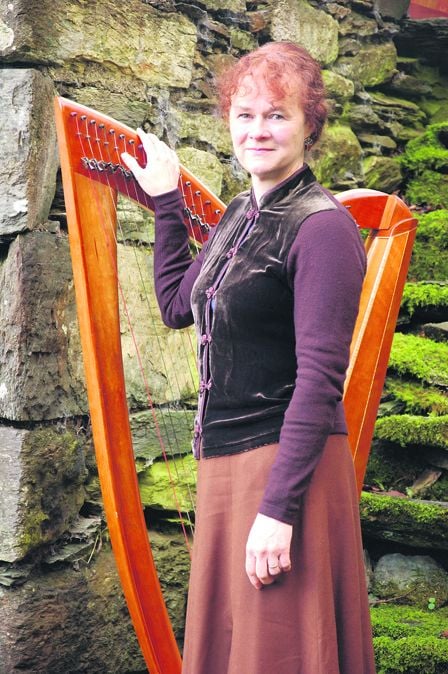 TWICE-PUBLISHED author Kristin Gleeson has opted to take the self-publishing route for her third book, ‘Along the Far Shores’.

Kristin’s new novel, ‘Along the Far Shores,’ is the story of a 12th century woman washed ashore in America with only a stranger to help her survive.

Having departed Ireland for Wales, she joins Prince Madog’s voyage to the western lands in order to escape threatening war. Having washed ashore she is found by a Tlinket trader and former Shaman who reluctantly rescues her.

It is described by author Karen Charlton as a memorable and poignant love story providing a vision of a wonderful culture: ‘This is what Kristin Gleeson does best; portraying different cultures and showing how humanity can cross them,’ author Jean Gill says.

The new novel is part of a trilogy, which includes ‘Selkie Dreams’ and a further novel to be published early next year. The book is part of an over-arching story that began with the story that hasn’t come out yet, Kristin explains.

The story began by looking at the mummies that were discovered in the Tacklamakan Desert in Xinjiang province in western China. ‘They were red haired and plaid wearing and they were unearthed in the 90s and I was just fascinated by them,’ Kristin says.

From the way they were laid out as well as the items buried with them they resembled the Celtic Halstatt burials in Austria but were much earlier. ‘I decided to imagine how it might come about, so I decided to create an ancient storyline and then had a contemporary story-line,’ Kristin explains.

The storyline comes down through the centuries with meetings up again and again between a Tlinket man and an Irish woman, the link being a medallion that is passed back and forth through these centuries.

Kristin says she decided to take the self-publishing route as she found she had so little control over the marketing of her books and when the initial print run was finished the publishers lost interest.

‘Friends of mine have done this and they’re ecstatic over the difference. If I enjoy it, I’ll continue to do more this way,’ Kristin says. Kristin Gleeson’s ‘Along the Far Shore’ is self-published by An Tig Beag and is available as e-book and paperback on Amazon.