The advance pictures were pretty but they didn’t do justice to the really good looks of Opel’s new generation Mokka small crossover.

In the metal the style is innovative, and bodes well for the future shape of Opel as part of the PSA Group.

That shift in ownership means sharing technology and powertrains with its French brand cousins, but offering a distinctive set of design cues aimed at Opel maintaining its own clear identity.

A recent stint with the new Mokka left me clear that Opel is still Opel. Though the coronavirus situation meant that the usual international launch trip wasn’t possible, Ireland’s Opel distributors brought it to us, bringing in a set of LHD vehicles to try out on our own ground before the car arrives here for sale in April. 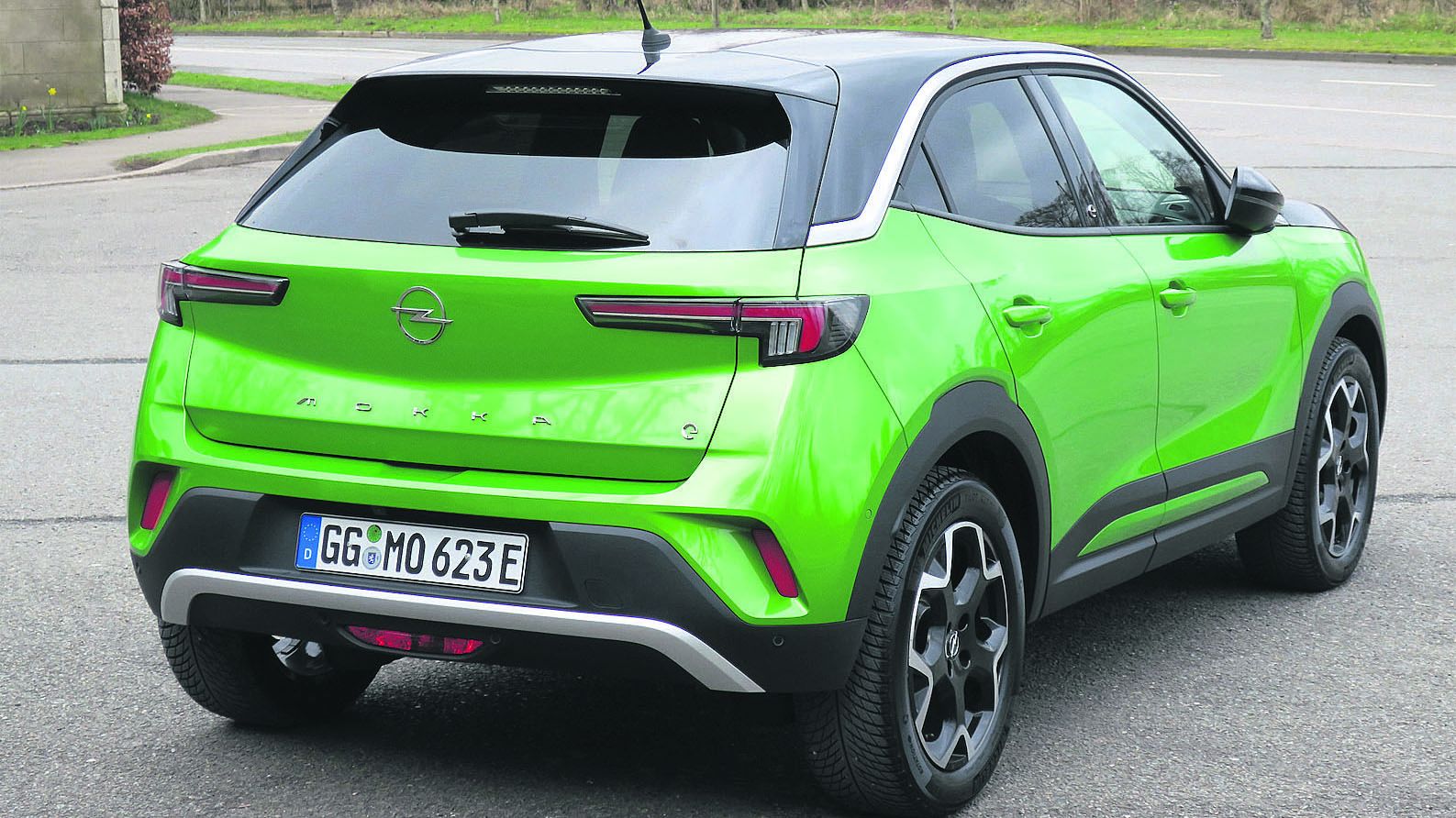 Compared to the previous generation Mokka, the new one has a slightly longer wheelbase and shorter overhangs. So the cabin has a little more space while the length means it retains manoeuvrability in the urban and suburban spaces it is designed for. The sharp lines and details of the bodywork and lights provide a distinctive and sporty feel to the car.

The smart exterior is reflected by an equally well-presented inside, a mix of suitably techy instrumentation and sporty style elements. The centre screen is angled towards the driver, and provides a relief from the over-emphasis on touch-screen controls as key controls are managed by physical buttons. I like that.

I deliberately spent much of my time with the fully-electric version of this Mokka, having a sense that this may well be quite popular given the rapid expansion in EV interest and models options over the last couple of years. Opel’s Irish distributors have earmarked 20pc of the first year’s allocation as electric, which is their own vote of confidence in the trend.

My first drive day was one of the coldest of recent times, which provided a real test of the electric powertrain. The range for battery-electric vehicles is shorter in cold conditions, so the fact that three hours of driving still left me with more than 40pc of battery power was quite reassuring. The rated range of the Mokka-e is up to 324kms, and with my growing experience of EVs and how to manage them, I’d be very confident that the car would suit virtually all of my driving patterns. I had a good mix of motorway, back road, and urban driving, those two last giving me more regeneration of power as I braked and slowed in traffic or twisty hills. 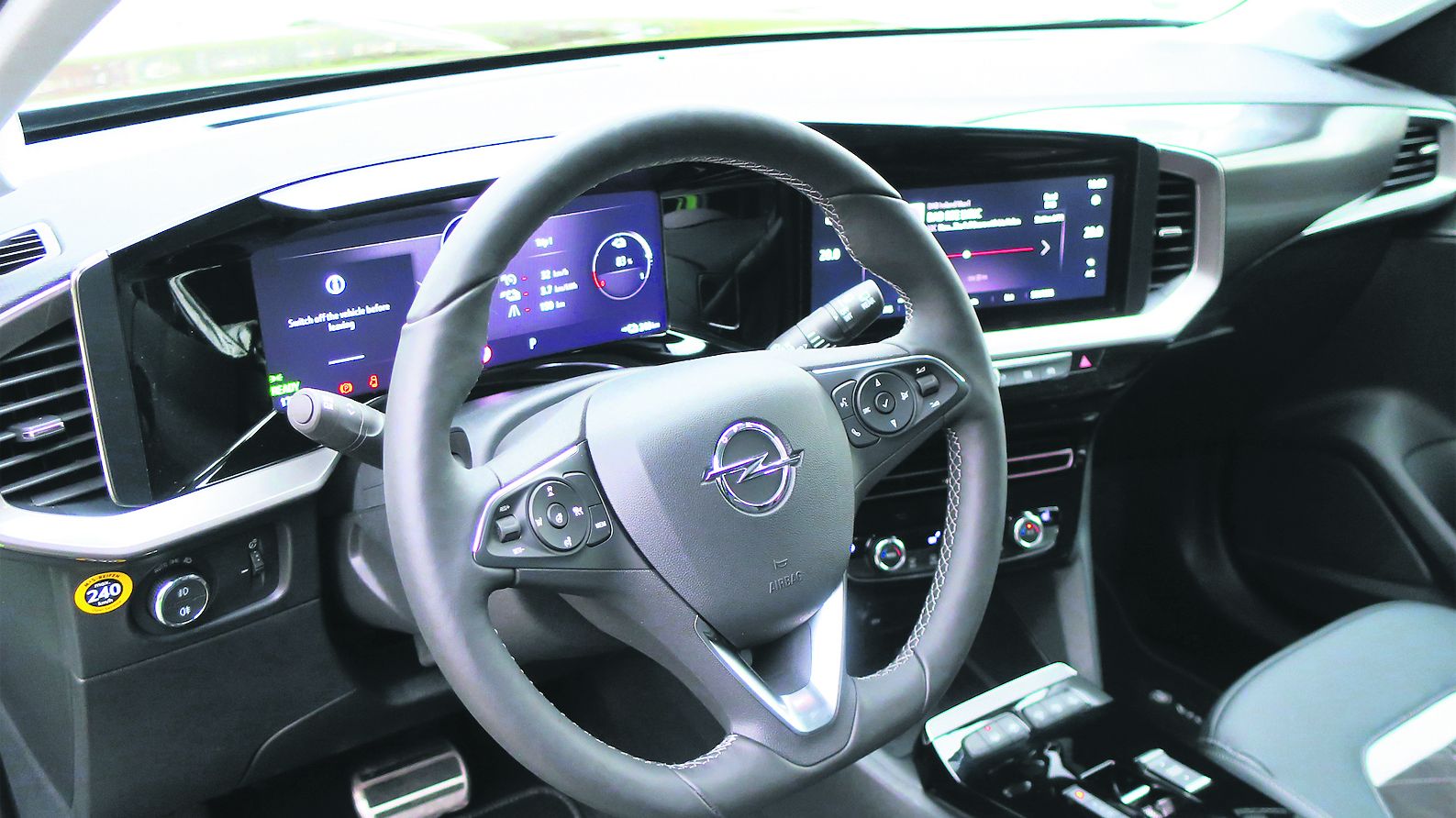 The car was quiet, of course, as electric motors are. But I was equally impressed with how well the soundproofing of road and wind noise worked. Losing the motor sound can often put emphasis on the others, but not in this case.

Apart from the 136hp EV, other power options include 100hp and 130hp turbo petrol, and there will be a 110hp diesel. I spent some time with the more powerful petrol, which in sound terms gave a decidedly sporty engine tone, in part from its 3-cylinder configuration. In reality, the acceleration figure of 9.1sec is almost identical to that of the electric one, but felt faster because of the sound.

As I write, I don’t have final pricing, but expect the entry petrol to be a little less than €24,000. I understand the electric version will be in the region of €33,000, reflecting the fact that it is to come in only in the SRI grade. It seems that buyers of electric cars at the moment have a view they will keep them longer than the usual, and so tend to buy the higher spec versions anyhow.

What I like: Mokka is already a car that makes me excited. It’s nice that I still can be!