THIS one takes me back to when I was relatively new to off-roading. Which is a long time ago. I had been taught the basics of the business in an old school Land Rover Defender, without any of the technical trimmings that make off-roading today an electronic thing, rather than going with your gut and a manual transfer box’s low-ratio set of gears. The Jimny then was a tighter and lighter little off-roader with capabilities just as good as the Defender.

It is still most of those things today. Little. Tighter and lighter. No electronic gizmos apart from a hill descent control. Still with the uncompromising stiffness that a ladder frame provides. And now visually, after a time of toying with sexier styling, looking like it used to.

The fourth generation Jimny was introduced in 2018, with the almost WW2 Jeep retro look. Square. Blocky. Tall. And did I say small? I did. It is. It’s also now only a two-seater in Europe since last year, having been reintroduced as a light commercial vehicle in order to get around tighter EU emissions restrictions for cars. The back seats are gone, and there’s a mesh barrier between the front seats and what is now trumpeted as a ‘large 863-litre cargo capacity’. The rear side windows are retained.

In reality, as my wife put it, it’s a car ‘for two people and a dog’. I qualify that as ‘two small people and a big dog’. Because the mesh divider keeps the backrests very upright, and I found myself seated very close to the steering wheel. It wouldn’t be a car for me for every day. 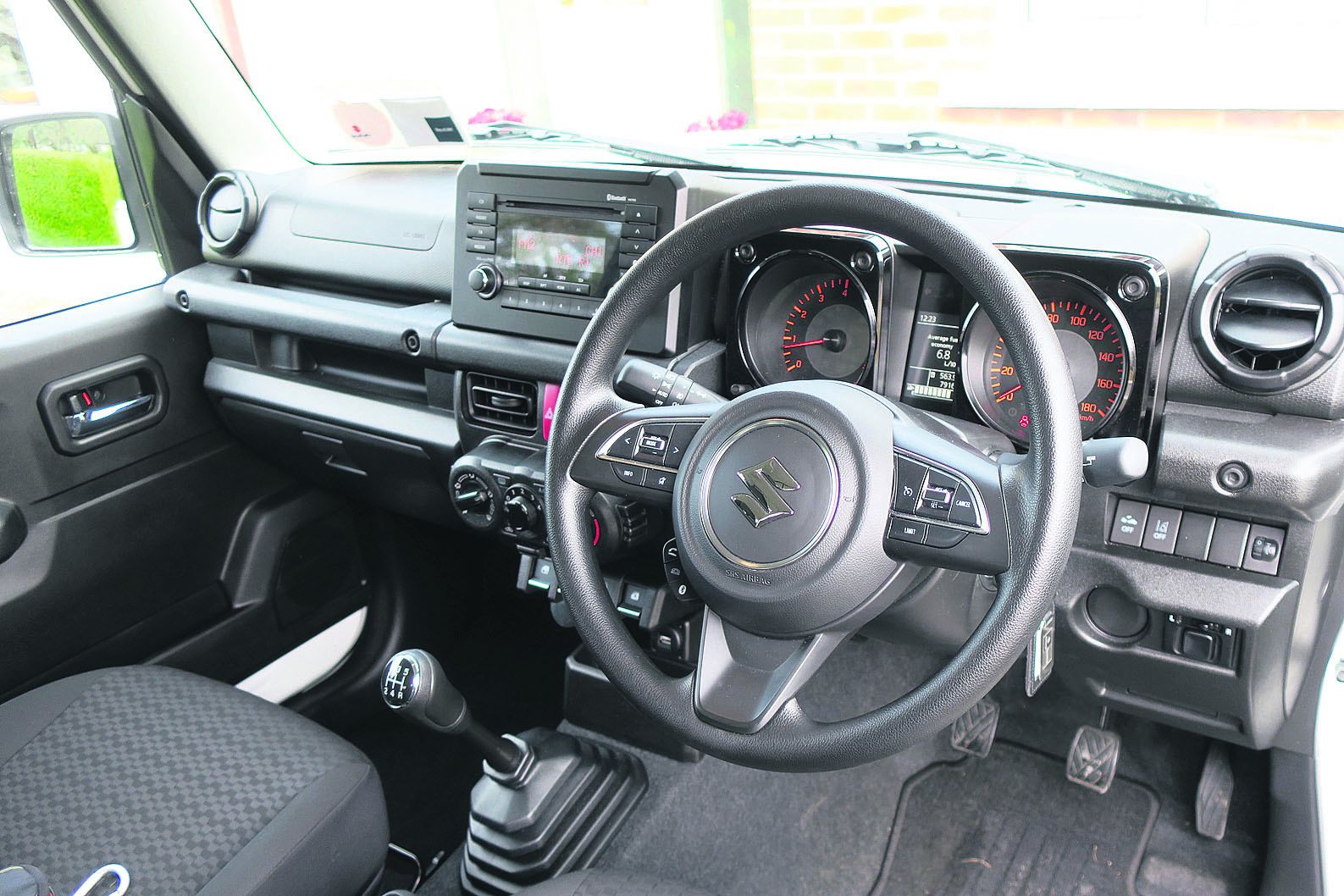 Which is a pity. Because there’s a lot to like about the little Jimny. Good headroom. Good visibility in the high ride. No-nonsense non-tech instruments and controls. A sense of toughness about the feel and the fittings and the finish that this one will run the longest and dirtiest course. And it is distinctive enough to turn the heads of even today’s techiest young people.

On the road the ladder frame means it has a hardish ride. But not uncomfortably so. It’s not overly noisy either, as the power is from a 1.5 petrol engine rather than diesel, with a tidy 101hp and a plucky 130Nm of torque. Though bring the vehicle above 100km/h and there’s then some extra engine and wind noise, especially the latter because of the square shape. There’s a sweet driving speed spot around 90km/h.

Off road is where Jimny shines. Back in those misty muddy days on an Army off-road training range at Rabbit Hill, I remember being totally blown away by the little car’s capability. I can’t use that range any more, but some other off-tarmac excursions last week indicated to me that today’s Jimny hasn’t lost any of its trail mojo. 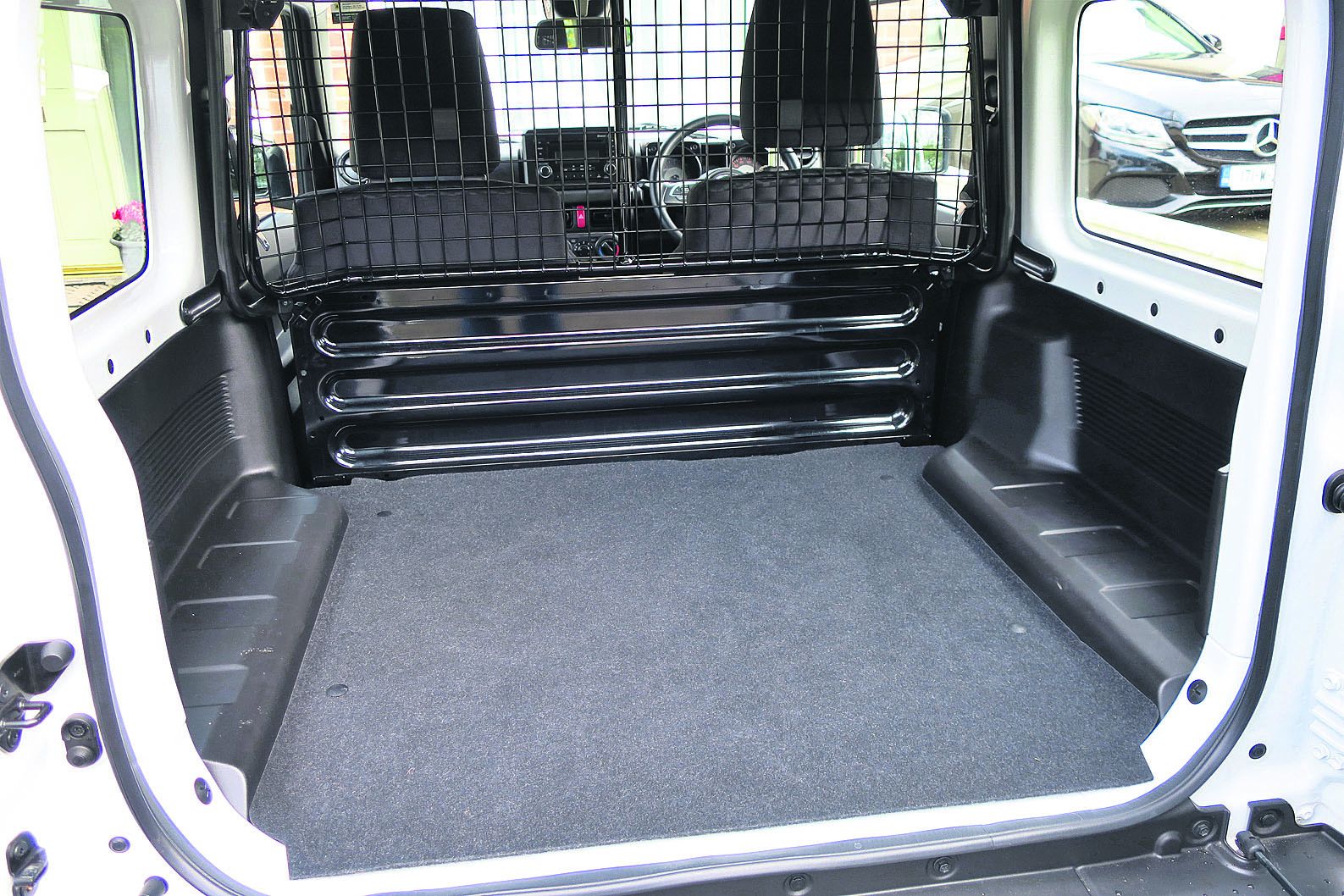 I suspect that, if the opportunity came to face it up to any of the latest big bad boy SUVs, it would comfortably nip around them in spaces which would challenge the others.

Back in the real world, though, who is the Jimny LCV for today? Maybe as a secondary on-farm vehicle where there’s a big diesel pickup to do the heavy lifting and towing.

It would certainly be safer and more comfortable than a quad, and would go anywhere that would. Or for lighter working in parks or small forests, where its trail and grass sure-footedness would be very useful.

For the off-road enthusiast, it’s one of the few vehicles left that provides old school fun in that regard. And no worries about damaging the alloys, because the wheels are no-nonsense steel. Any of those operators. As long as they’re not long-legged like me.

Essential safety and comfort thingies are standard, though no side airbags. The car is in fact well appointed and affordably priced. With the added value of the real AWD capability. And more than a touch of fun. Plus, your dog will love it.