IT’S getting hard to keep up with the Mercedes-Benz electrification programme, which has been accelerating at a serious rate recently. My latest car from the brand is the GLA 250e plug-in hybrid (and I’ll be driving the all-electric version of this soon, too, as the EQA).

The smallest of the M-B SUV range, this review is a version of the second generation introduced last year. I liked the diesel one I got to try then, for lots of reasons not related to the powertrain. This one was destined to add interest.

A quick look back at the overall car. Though shorter and narrower than its predecessor, it’s roomier thanks to the longer wheelbase. The front end styling also gives it a strong visual attraction, and though an SUV the total package doesn’t make it an intimidating look. Very much a car to be comfortable with, a large hatchback more than for the overland warrioring.

Comfortable inside, too. The materials are to the standard we expect from an expensive premium car (and it is getting harder for cars in this space to be better than the mass-market ones in this respect). It has a ‘buzz’ feel from the techy screen interfaces, and a good driving position is easily found. That extra inside length makes it a good place for rear passengers right up to adult size, and there’s a decent boot.

From the attention it got on my road, it has that elusive ‘come hither’ look that all carmakers wish for. 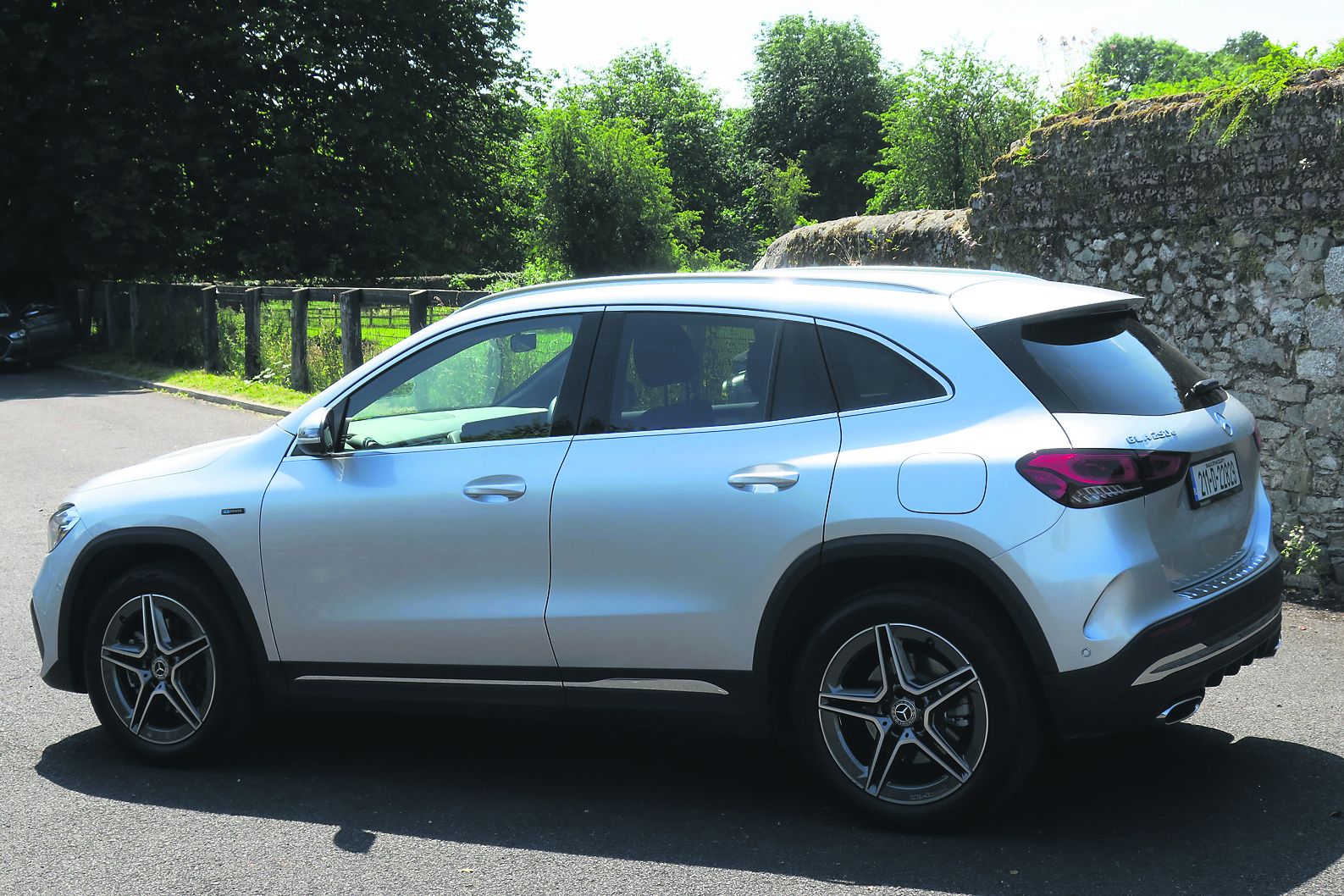 And just to restate, because it is a while since I noted it, the policy change that Mercedes made a decade or so ago to expand their range into smaller and more accessible cars has paid off handsomely. The age profile for buyers of the brand has come down dramatically.

My reason for taking this one was, as mentioned, the powertrain. It’s a 1.3 petrol four with an electric motor to give full hybrid operation, plus a plug-in capability for electric-only drive. The system also, by the way, gives the GLA the fastest 0-100km/h in the range except for full AMG-tweaked versions.

It’s not that you’d notice in kick-in-the-back terms, but rather a really smooth performance for overtaking and getting a head start from traffic lights. The transmission is that excellent 8-speed automatic that is a familiar in various models from the company.

The drive mode selector had the usual Sport, Comfort and Eco options, which does things to throttle response and transmission change points. But in the PHEV there’s also an Electric drive and a Battery Level one which holds the battery charge until you want to use it, such as when arriving in a town. My disappointment here is that there’s no way of actually charging the battery on the run, which I believe is a very useful idea. 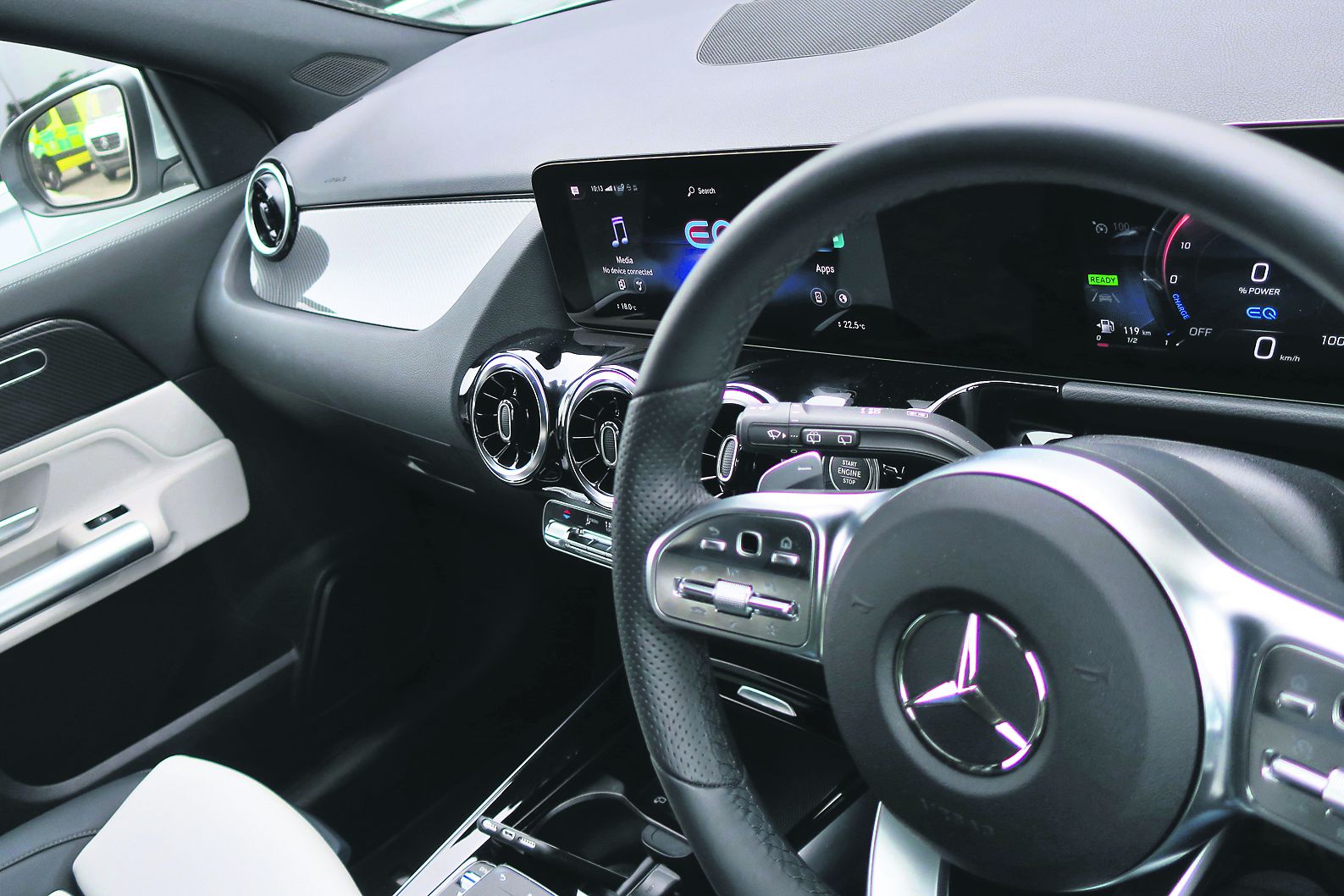 Charging the battery fully gave a very real 57km of electric range for local runabout and commuting. At charge points it doesn’t use the fast charging, just the normal DC, but that’s okay.

At home, as I don’t have a wallbox, my 13a outside plug filled it up in a few hours, so it’s easy to have a full EV range every morning.

There’s a small quirk in this GLA compared to its fellow variants ... presumably to make space for the battery, the petrol tank is smaller than in non-hybrid versions. So, petrol-only range will be curtailed. But if you use the PHEV as it should be, that won’t be an issue.

Can’t help thinking that Mercedes-Benz are doing an awful lot right these days. With those small caveats I’ve mentioned noted, this GLA is another of those.