Ahhh .... That’s something approximating the sound that could be heard from me on a number of occasions during a week with what is arguably the most satisfying car I have driven this year.

And it was in a style that in this country remains, unfairly, looked down on by car buyers. But then again, many of those wouldn’t be looking at this particular car if for no other reason than the price. Which we’ll come to.

I consider myself fortunate that occasionally I get to drive something that represents the best of a carmaker’s craft and expertise. The Peugeot 508 SW PSE is one such car.

As a lifetime aficionado of the wagon format, I was already going to be easily wooed by this 508. But in the metal on the day I picked it up, it figuratively swept me off my feet.

Long, low, and in a shade of grey, a non-colour, that simply accentuated every line. The lime-coloured accents where many sporty cars would go for brash red or orange, add to the overall elegant look.

That elegance doesn’t mask the purposeful look of this one, though. Close to the ground, perceived fast even at standstill, hooded headlights ... there’s a predator here.

Every time I now get into a Peugeot, I remember when their interiors were a far cry from nice, let alone the ultra premium quality that they give us now. 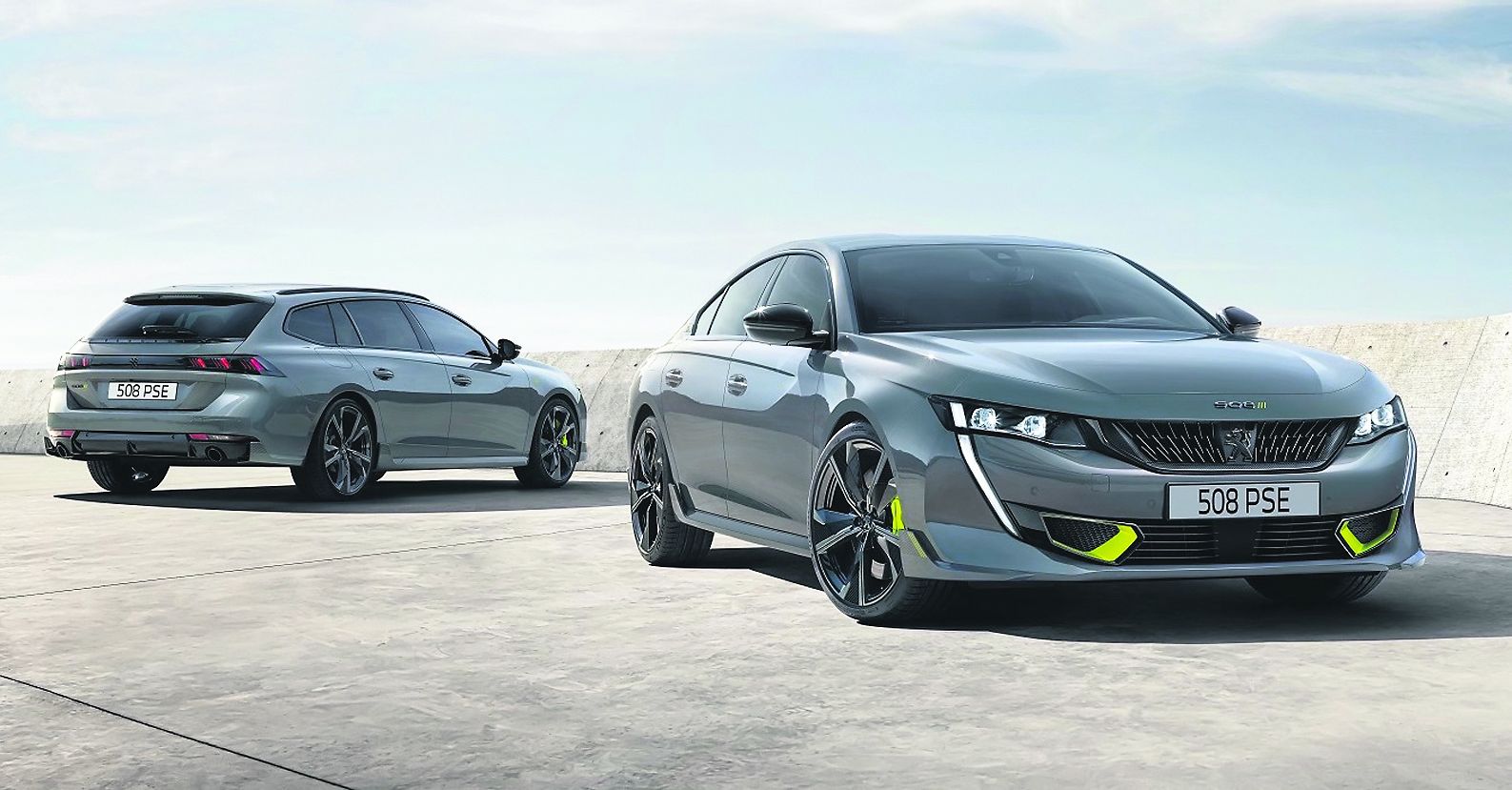 The 508 SW PSE is no exception, with smooth design, exemplary ergonomics, and the most easily viewed digitised instrumentation in the business thanks to it being visible above the quarto-style steering wheel.

A set of instrument styles can be chosen, each offering variations on information presentation depending on the preference of the driver.

The lime colour of the exterior accents is reflected with some discretion inside, and in the instrumentation. It’s refreshing, like a slice of lime in a sparkling water.

Comfort is a given in any Peugeot, as it is here in the 508 SW PSE. Though the low stance means a little more care needed getting in and out, for those of us as tall as I, it’s all spot-on when in.

Plenty of headroom in both front and rear, and though as a D-segment car it is larger, it doesn’t feel so. That could be related to the plethora of crossover-style cars we drive these days, against the tidiness of the 508. With the rear seat down, the cargo area is totally flat, and useful. 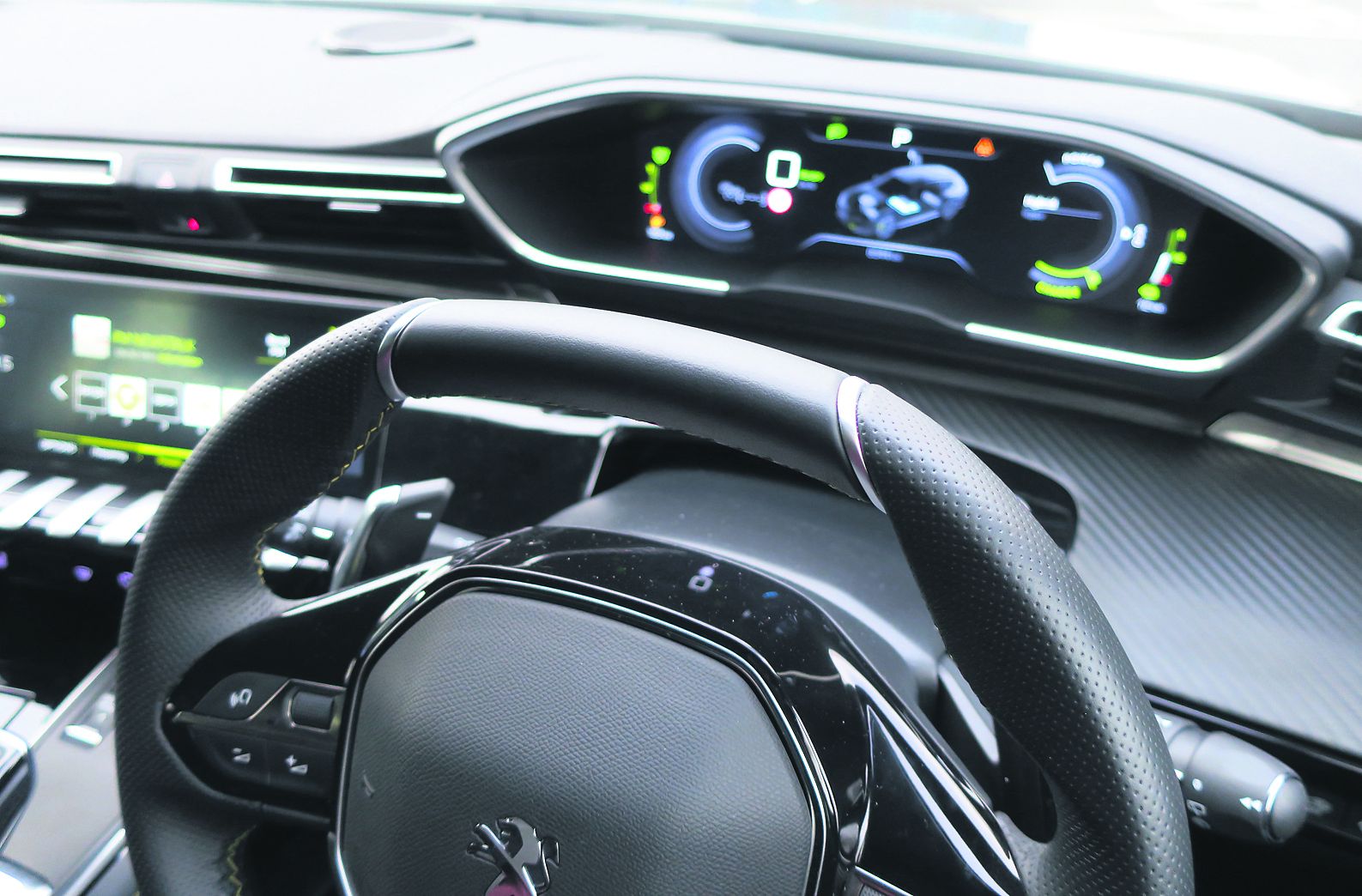 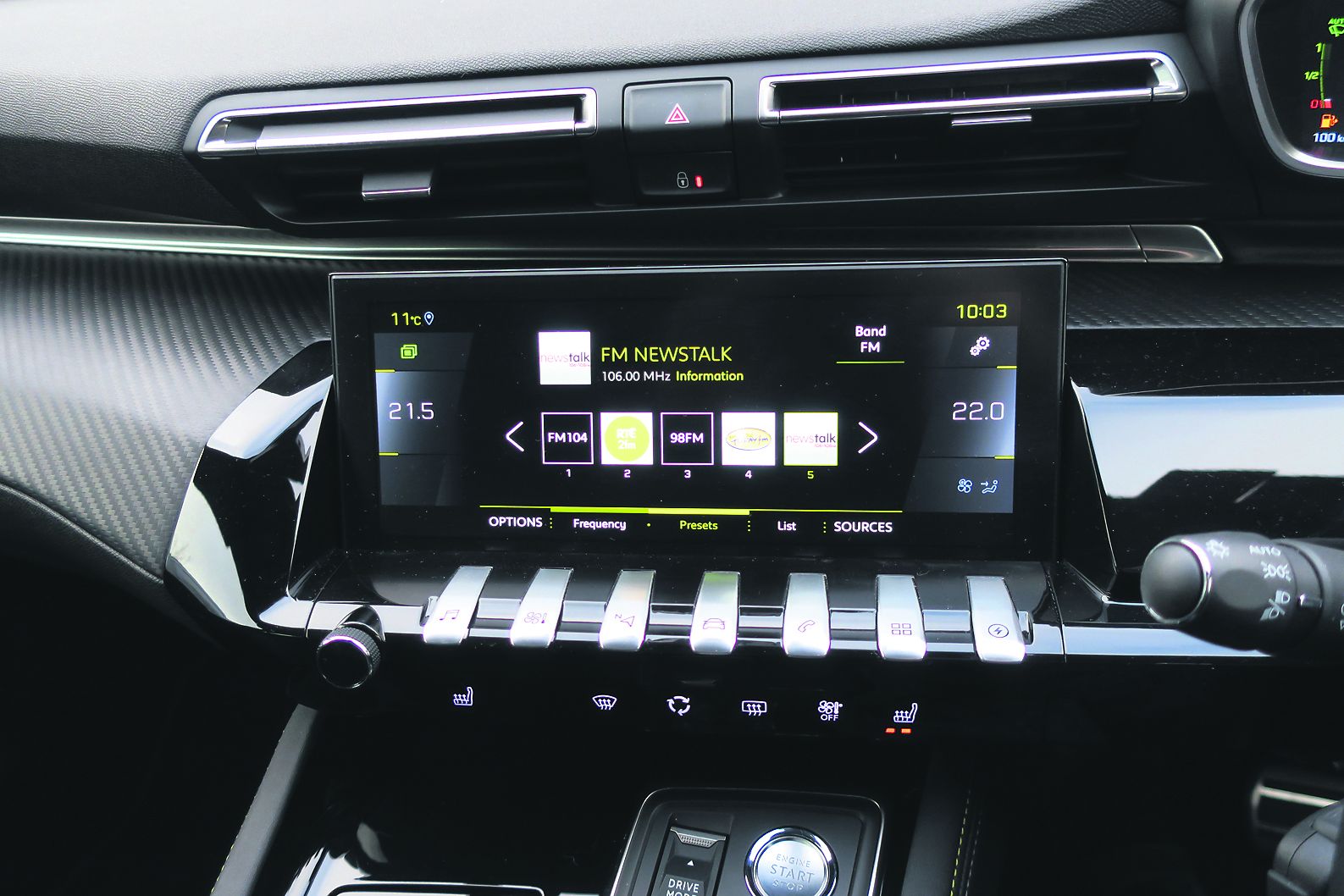 A key part of the ‘Ahhh’ exhalations related to the powertrain in this car. It’s special. A 1.6 petrol with 200hp, along with two electric motors, front and rear so that there’s all-wheel drive when appropriate.

The total output is 360hp, and the experience is totally smooth, and swift as you want it to be with a possible 5.2s sprint capability. The eight-speed transmission is a true traditional automatic, as opposed to the less velvety dual-clutch systems, and merges all the powertrain permutations into a silky performance.

As a by, the PHEV battery is rated at around 45kms range, though from my week I’d say maybe a tad over 30kms might be more real world. It didn’t matter, really, I kept it at a 20kms EV reserve for when I was driving in urban areas, and let it work as a standard hybrid the rest of the time.

You get all the driver assistance that you would expect at this car’s price level. As usual, I’m not going list them, but just say that the single-button ability to turn off the lane assist was nice to have, and I used it all the time. Just my personal thing.

All ‘Ahhh’ things must come to an end, and this is one of those cars where I really did leave it back with reluctance. Though in the knowledge that it would never be in my own price range anyhow, and therefore very appreciative of the chance to have had a week with it.