SLOWLY but inevitably, the electric revolution is working its way through the light commercial vehicle space.

From just the original Renault Kangoo ZE some years ago the market is now covered by nine brands and some 15 models.

Though, while electric LCV sales year to date have increased more than five-fold over last year, they still only represent around 2.6% in a market almost all diesel-powered. But they’re growing that penetration fast.

Electric-powered vans have a distinct place in the commercial vehicles space — local delivery. The city-to city work is going to remain diesel for the foreseeable, but in-city logistics are perfect for an electric. Short and many trips, battery regeneration in stop-go traffic. Virtually noiseless and absolutely fumeless. The only downside is cost, and I’ll come back to that.

Opel’s Vivaro-e is the latest electric LCV here, arriving last April. The model is the fourth part of the Peugeot Expert, Citroen Dispatch, and Toyota Proace set, which collectively won the International Van of the Year 2021 award.

As vans go, the Vivaro and its cousins are good-looking, and the Opel ‘face’ is imposing in its own particular way … the German carmaker’s ‘blitz’ is always distinctive. 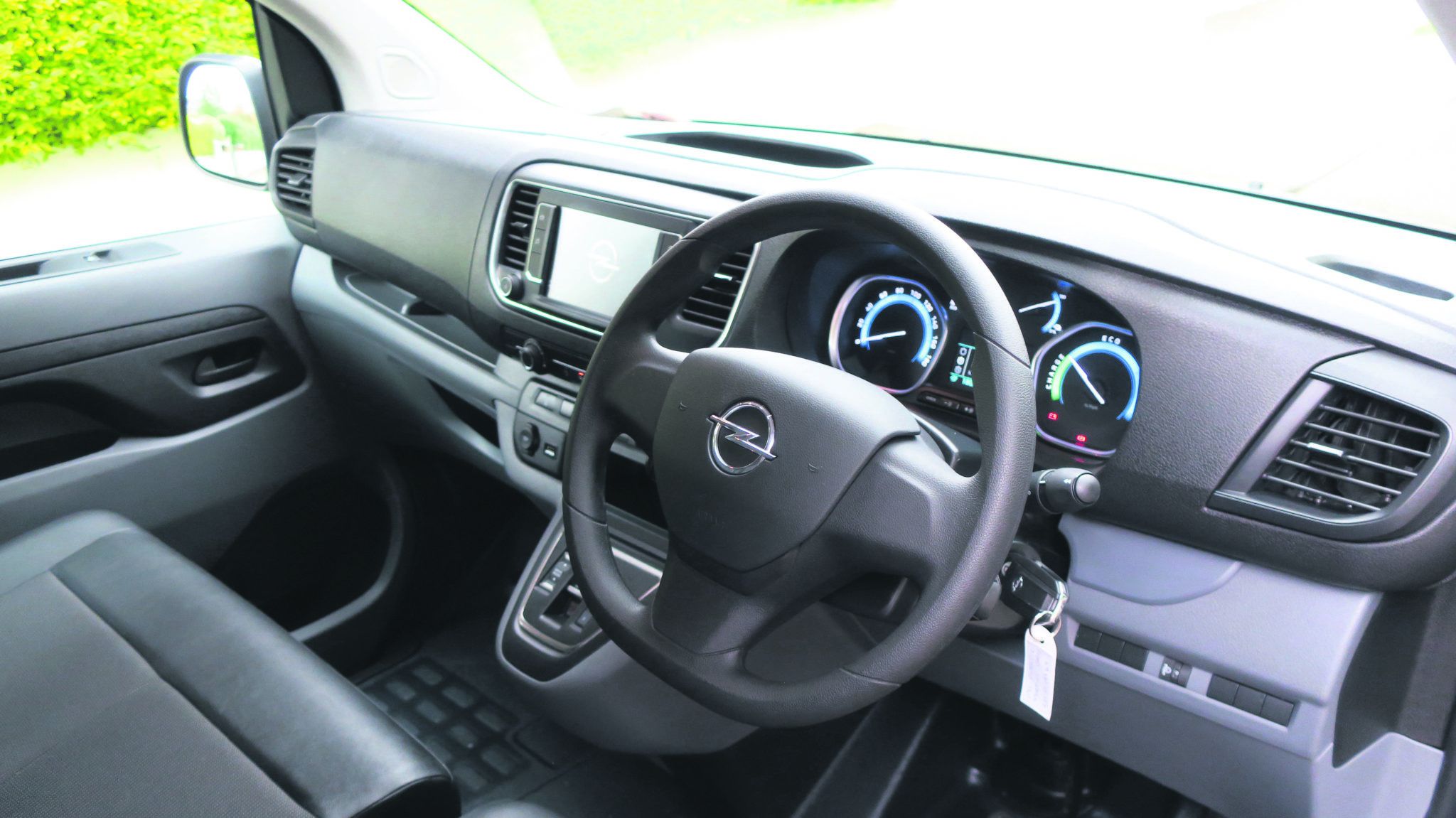 The Vivaro-e comes in two lengths, there are also two trim options and a choice from two battery sizes. Payload is up to 1,226kg and the electric van also has a towing capacity of up to 1-tonne. Two side sliding doors are standard, as is cruise control and DAB radio. Moving up to the Sportive trim gets you aircon, LED running lamps, electric folding mirrors and more.

The 136hp motor is powered by batteries which offer either 230km or 330km range, which can be longer if all work is done in city traffic conditions. There’s a governed top speed of 130km/h to maximise battery performance in motorway driving. An 80pc recharge with a 100kW DC public charging point can be achieved in 30-45 minutes depending on which battery. And an eight years or 160,000km guarantee on the battery offers the promise of a least 70pc capacity retention.

The operator’s space is comfortable, with perhaps a seatback angle issue for long-legged people. There’s a decent range of storage spaces, in doors and under-dash. Crossing the cabin is easy too.

There’s simple and clear instrumentation that has nice blue details. In the upper grade there’s a 7 inch touchscreen, but thankfully not managing the climate controls which are proper knobs and buttons. (Almost all of my colleagues are one with me on the issue of distracting touchscreens versus knobs and buttons. But it’s a matter of cost … touchscreens are cheaper to produce and fit, needing only software to change the style and features. The temptation is to cram as much as possible onto the screens.) 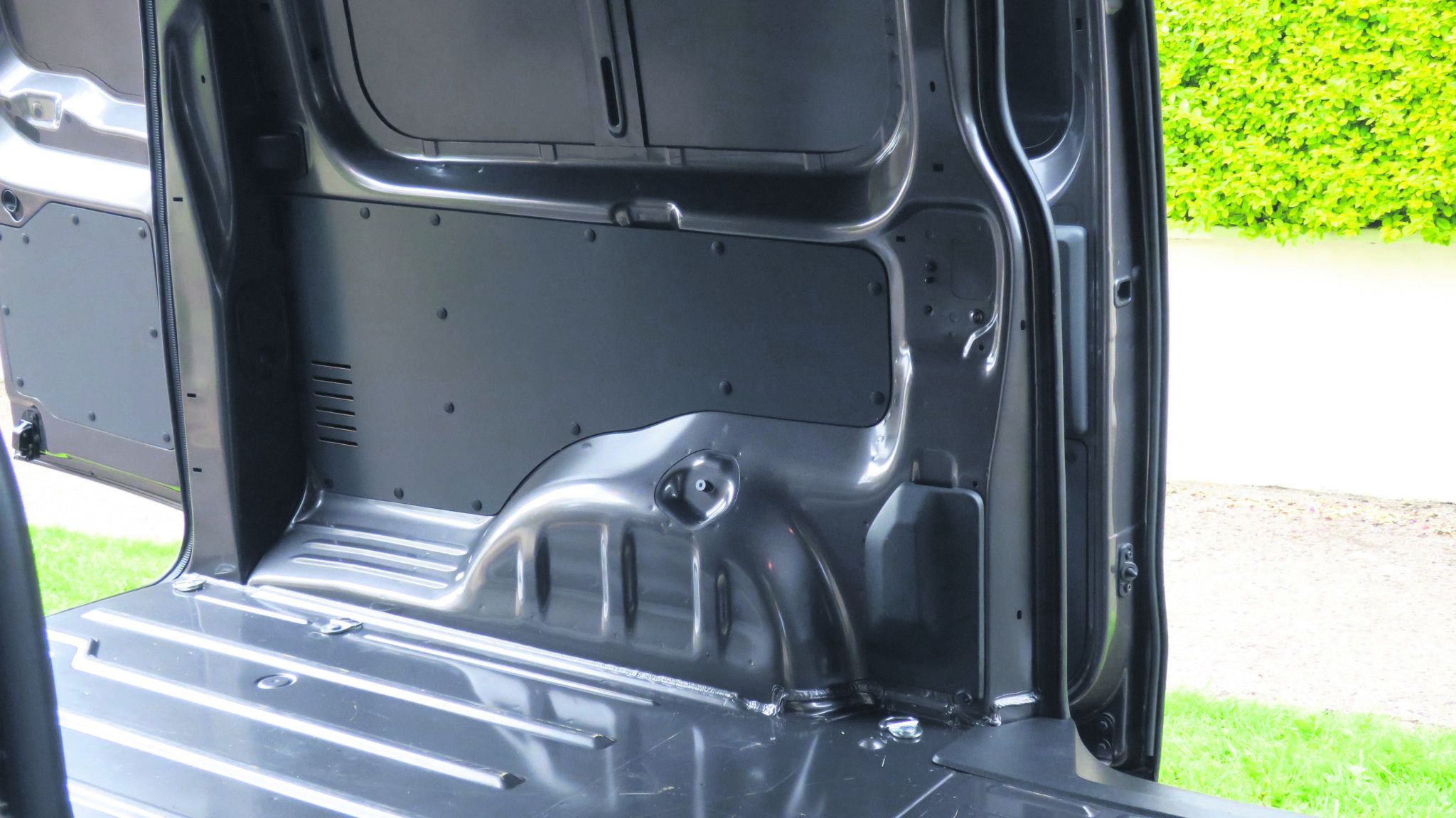 On the move the Vivaro-e has the silence of electric vehicles … which means that road and wind noise seem louder than in the normal diesel version, but that’s an audial illusion. And after a day working around town at low speeds, operators will likely feel much less stressed than in the diesel. And because by its nature electric drive is automatic, it makes all that stop-go much less hassle.

In the style of all EVs, acceleration is quick, even in the Eco mode which adds an extra quantum of range at a related cost to performance and heating. I’m used to the various vans in this extended family at this stage, and the drive and and maneuverability have proved good. The electric Vivaro’s nippiness in traffic is certainly an addition in the city work.

Now, that price we mentioned. The difference between the 120hp diesel and the 136hp electric, both in L1 format and Sportive grade, is a little over €10,000. How do you justify that in a very tight-margined business of small city deliveries?

On a back of an envelope calculation, you could save €1,000 a year in fuel costs, depending on annual mileage. Then there’s the fact that it’s automatic, adding a notional valuation of around €2,000. So over five years, that’s €7,000 in value. Add in lower servicing costs, and the not easily quantifiable but very real less wear and tear on the operator, and the idea becomes quite viable. Lower emissions don’t really count as much since most of our electric power still comes from fossil fuels, but running an electric vehicle does help to improve air quality in its own locality.

There’s a definite argument to be made in favour of running an electric van, all else in your business being equal and the range and charging fitting in with your daily needs. But you have to make your own individual assessment.

What I liked: Good carrying capacity and a quiet drive.