Peugeot 5008 is a quality package

THE word ‘new’ is a tricky one for people like me. In car terms, it tends to be used almost every other year by makers for a model that will fundamentally be the same vehicle for its seven-year generational life.

There’s usually a mid-life significant upgrade, and in between these there can be small visual tweaks.

So when Peugeot fanfared its ‘new’ 5008 SUV last September, it was in fact a mid-life shift. Mostly cosmetic, though also with some technology improvements that might or might not be noticeable to the average owner. Still, the total changes do make the word ‘new’ arguably applicable, though with a small ‘n’. It did give me an opportunity to revisit the model, and as it happened to give it a couple of long runs. I had been quite happy with the original generation 2 so I took delivery of the car with some interest. 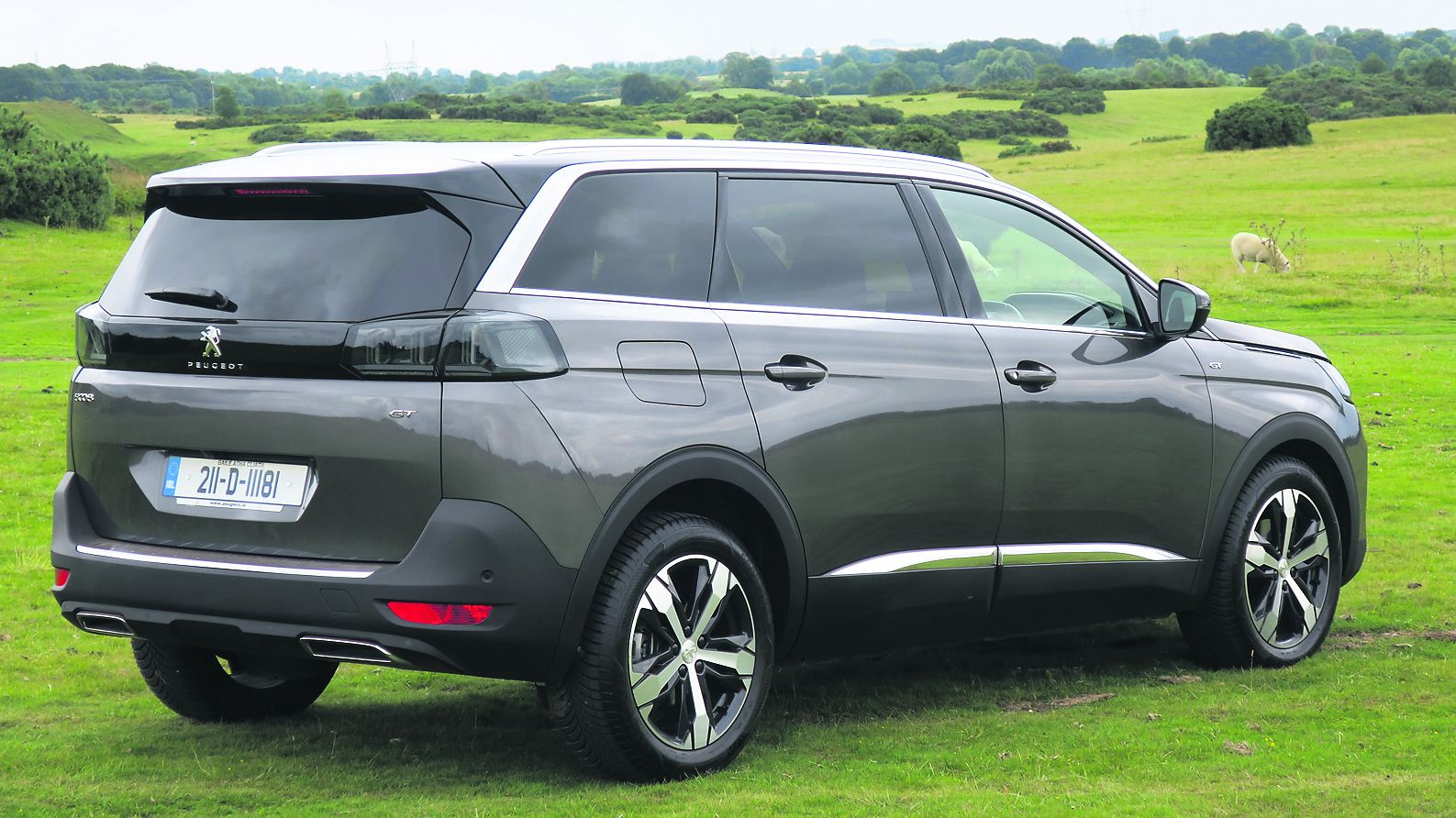 The first thing to note is just how much difference a little finessing of style can do. This time it’s primarily on the front end, where any element that was slightly soft has been transformed into striking edginess. Not in any over the top way, thankfully. The new grille is stronger in looks, while the dropping verticals of the new LED running lights give rear-view-mirror impact.

They did some work on the rear as well, adding more smokiness to the full-width lights housing. Strong chrome-effect along the top and rear of the side windows emphasise the certain squareness of the whole car, which underpins the feeling of the 5008 being large. It IS large. Which promises room and comfort inside. Promises that are fulfilled, although the substantial console between the front seats does give a sense of coziness to the front occupants. The leg- and head-room in the rear are excellent. 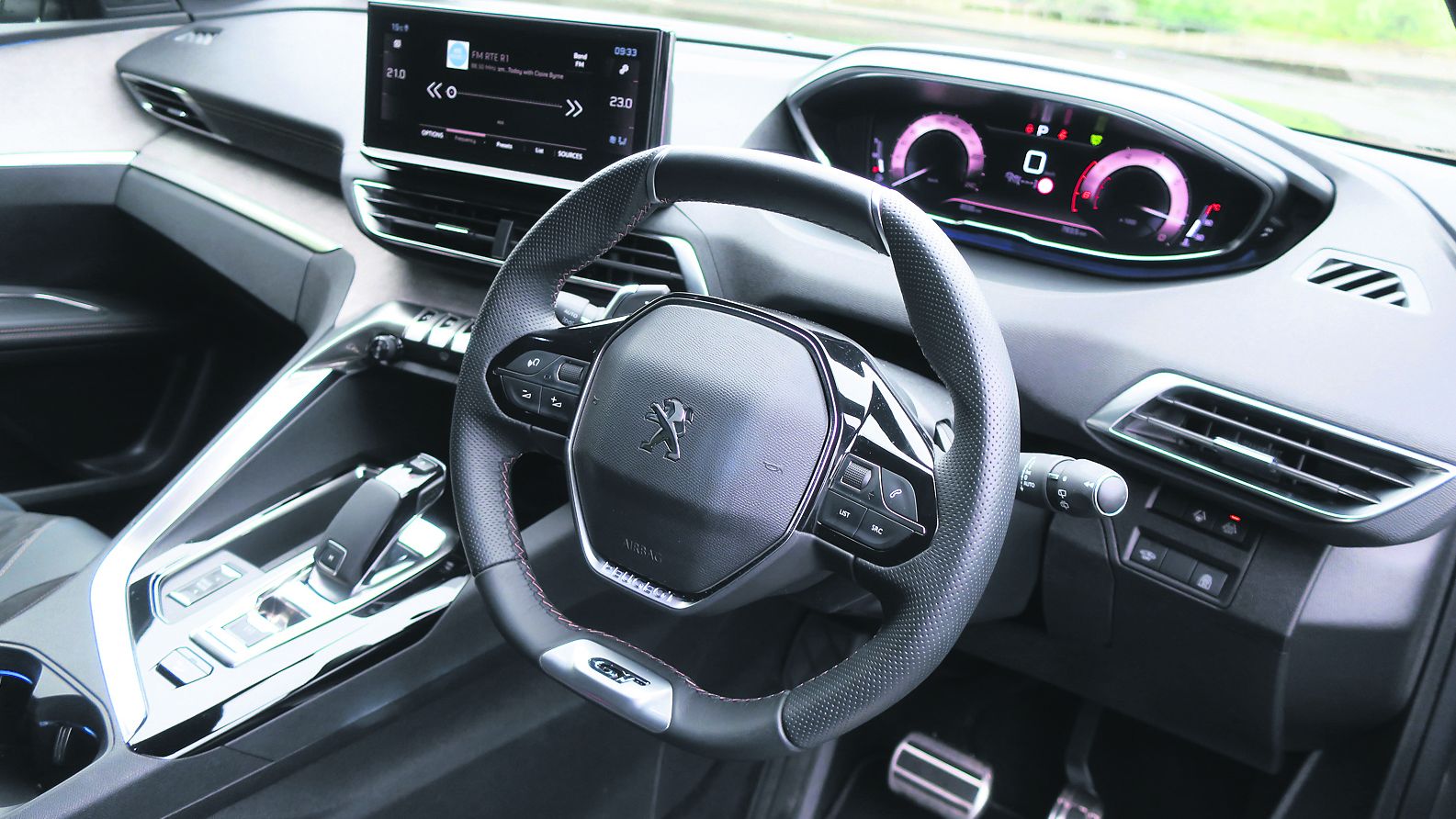 There’s a big sense of style about the dashboard design elements, reflecting the striking look of the exterior. The main instruments cluster is set high, fully digital and giving the choice of a number of views. The navigation system from the large central screen can have a minimised version there as part of those choices. All visible over the small flattened steering wheel rather than looking through it — you might already know this design as Peugeot’s i-Cockpit.

The review car was the GT grade, powered by a 130hp 1.5 diesel and sporting the excellent 8-speed automatic transmission I’ve experienced in other models from the brand and its Citroen and DS cousins. A powertrain that we can now label as traditional, without electrification or hybridisation. Regardless of hype and whoop about EV and PHEV being the future that’s already here — and yes, I’m one of those who does that hype and whoop, under consideration — this 5008 is an excellent example of why there is still a space in motoring for a standard diesel engine.

Those long drives I mentioned turned out to be very comfortable journeys, even through occasional torrential showers. There’s still something about a bigger car that provides a less tiring experience. If I was in France or Germany and wanted to get from one end of the country to the other in a day or so, this would be an easy car to do it in. It felt solid and capable, was quiet and exceptionally smooth. And reasonably economical.

It’s a flagship car for the brand. A very practical one, though, for family transportation. A car that is also as premium in look and feel as any of the models and carmakers which are traditionally given that rarified designation. It is cars like the 5008 that is making it harder for them to retain such exclusivity.

That’s a good thing for us ordinary folks.

What I like: It’s my kind of size and style, in a quality package.