LET me get the rant out of the way first.

To switch on or off the one-pedal operation of the Volvo C40, you have to make two sequential stabs at the centre screen, on different areas, then a swipe upwards, and finally another stab. All the time looking at the screen. At 100km/h, you’ll have travelled around 270 metres in that time. Driving blind, effectively.

The potential emergencies that can happen in 270 metres at that speed are a horrendous and very scary thought. Regular readers will know of my long-held concerns about relying on touchscreens for operation of key subsidiary controls. I’ve been on this road before. Many times. Though generally a voice crying in the automotive jungle of fancy in-car tech. My foregoing example is just one of several actions that need similar concentration in current Volvos and other brands’ models.

Oh, and if Volvo wants to see how one-pedal switching and similar should be done, they could consider the paddle system on Mercs, which also enables different levels of coasting regeneration.

All of that, of course, indicates that this week I’m again reviewing an electric car. This Volvo C40 Recharge is in fact the first model from the Swedish-Chinese brand which is offered only in BEV (battery electric vehicle) form.

It looks good. Very good, in fact. The coupe style is well-executed, and carefully done so it doesn’t reduce headroom for those in the rear. From the front the lack of grille still limits the looks of EVs, though the Volvo badge with its diagonal element does take away some of the bareness. 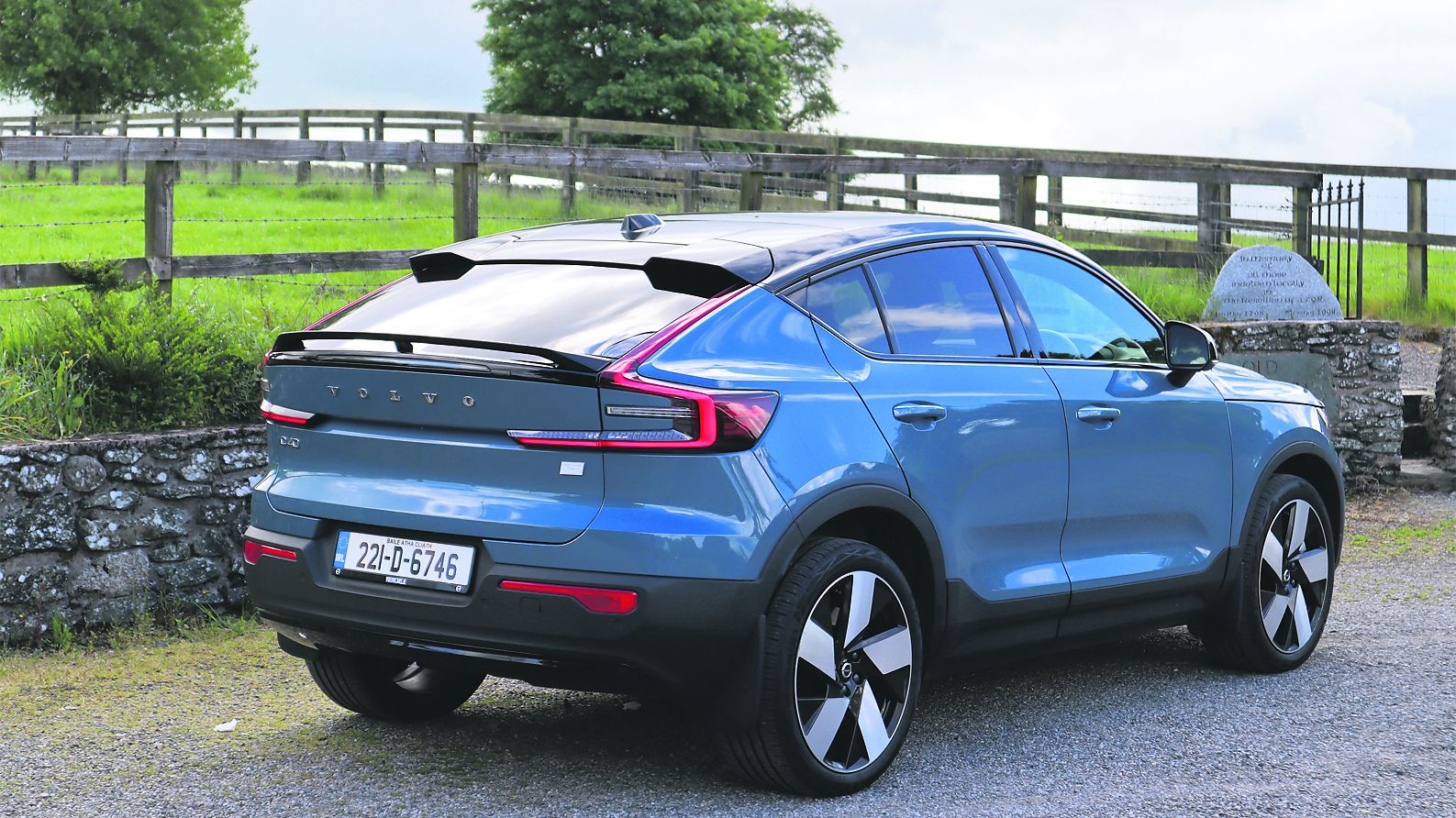 A good profile, the car looks longer and more sleek because of the black treatment on the lower doors, melding nicely with the dark wheel arches. The blue colour of the review car looked well. The real pzzaz is from the rear, with a very sexy upgrade on the traditional vertical Volvo rear lights theme.

Inside, they used a matching blue colour on the carpets and trim, which actually didn’t do anything for me. But the rest of the car’s interior is clean in style and comfortable. The shifter is traditional auto style in the centre console, refreshing in a plethora of rotary and flick switches from other brands lately. That centre screen dominates, though thankfully it is not as big as others have gotten.

The powertrain in this one was a pair of electric motors, one on each axle, providing AWD. There’s a FWD single motor one available, and at less expense. 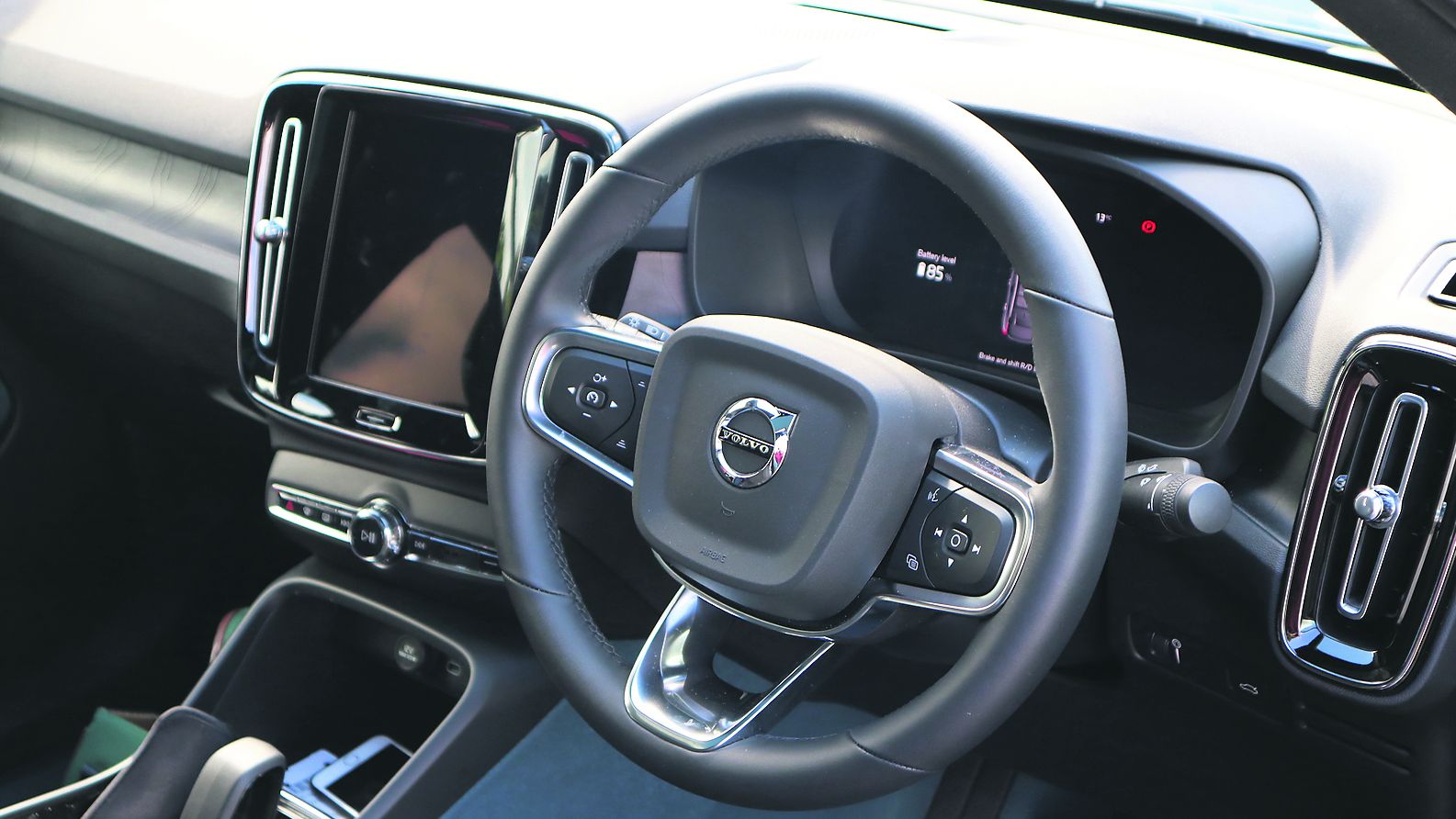 It’s a punchy performer, with some 400hp giving a 4.7s sprint to 100km/h if you want it, and aren’t fussed about what that will do to range. That range is rated at 440km, pretty useful. We’re going to have to start thinking about kWh/100km more, and that works out at 17 for this one.

Like all EVs, the consumption/regeneration is substantially different depending on where you’re driving, and the C40 was looking very efficient on my local country and village roads. I tended to pump in charge whenever it got down to 50pc, just because it suited me, and half an hour at my local station brought it up to 90pc easily.

The car travelled very smoothly and quietly. That low centre of gravity and extra weight that’s part of the EV experience kept it very stable, and you don’t tend to chuck these cars around. Though I suspect it would hold its dignity well enough if I had.

This is now the smallest Volvo in the range. It’s a premium brand, so you’re going to pay for that, and the extra for being electric.

But I met a man at the charging point who was going to put in an order for several for his company’s fleet. The carmaker seems to be doing something right.