WHEN fashion photographer Miki Barlok was 16 years old he almost died in a climbing accident in his native Slovakia.

He was almost at the summit of a relatively routine 400m climb when, in minus 20 degrees, he suddenly slipped on ice and was flung down a steep slope.

‘It was very scary. In these conditions you can gather speed really quickly and hit 100 miles an hour in just seconds. If there hadn’t been powdered snow on top of the ice to slow me down so I could get a grip with my crampons I’d have died without a doubt,’ he said.

‘My view on life changed a lot after that. I started to think about my life as a film, and I decided I wanted to make it more interesting, so I wouldn’t be bored on my death bed looking back on it!’ said Miki.

Interesting is certainly a word you’d use to describe his life since then. Miki trained and worked as an architect both in Slovakia and Ireland, played in a band, was a graffiti artist and is currently an international fashion photographer of high acclaim.

He’s lived in Ireland since 2006 and is now based in Bantry, where he said the rugged landscape, as well as his unwavering appetite for adventure, inspired his latest project – his own high-quality, environmentally friendly outdoor clothing range called Gnarly Peaks.

Married to fellow photographer Rebekah, from the Model Farm Road, they relocated to West Cork when they realised they were to become parents. Sophie, now one-and-a-half, was born two weeks into the first lockdown.

‘We used to live close to work but far away from life,’ said Miki. ‘Now we just open our door and we step into a wonderful adventure.

‘From our house we can see Bantry Bay and Sheep’s Head. It’s incredible. It’s so beautiful, the scenery changes all day. It’s heaven really,’ he said.

He’s been working on Gnarly Peaks since 2019 and said that as well as being motivated by the beauty on his doorstep, it was also born from his frustration at not being able to find high performing outdoor clothing.

‘I love Ireland! But it rains a lot here, that’s not a surprise to anyone, yet it’s still hard to source good quality gear here. I remember when I was going to China in 2017, it was during the rainy season but it was going to be 30 degrees and I couldn’t get a light weight rain jacket.

‘So basically I saw a gap in the market, not for athleisure wear, not for gym gear but for technical clothing, and I felt it was time to do something about it. If I want something I usually just go for it and that’s what I did.’ Outdoor adventure enthusiast Miki says the range is for ‘anyone who wants to stay dry.’

Miki launched himself at the project in his typical forensic way, leaving no stone unturned.

‘I knew I didn’t want a ready-to-wear range that just had my logo on it,’ he said.

When the pandemic hit in February 2020 he was actually visiting a factory in Italy, but instead of allowing Covid slow down his project, he taught himself to sew and draft clothing patterns from watching YouTube videos.

‘I bought a sewing machine so I could make a rough prototype, but what I made was actually good enough to wear. Turns out I’m really good at sewing!’ he said.

His fabrics are made to unique specifications using recycled fibres and their manufacturers are BlueSign certified, as sustainability is important to him. The range comprises puffer jackets, rain wear, jeans and beanies.

He says it’s for people who love mountains, but equally it’s about ‘introducing the functionality of mountain wear to urban life.’

‘It means that people can stay dry if they’re walking to work!’ he said. 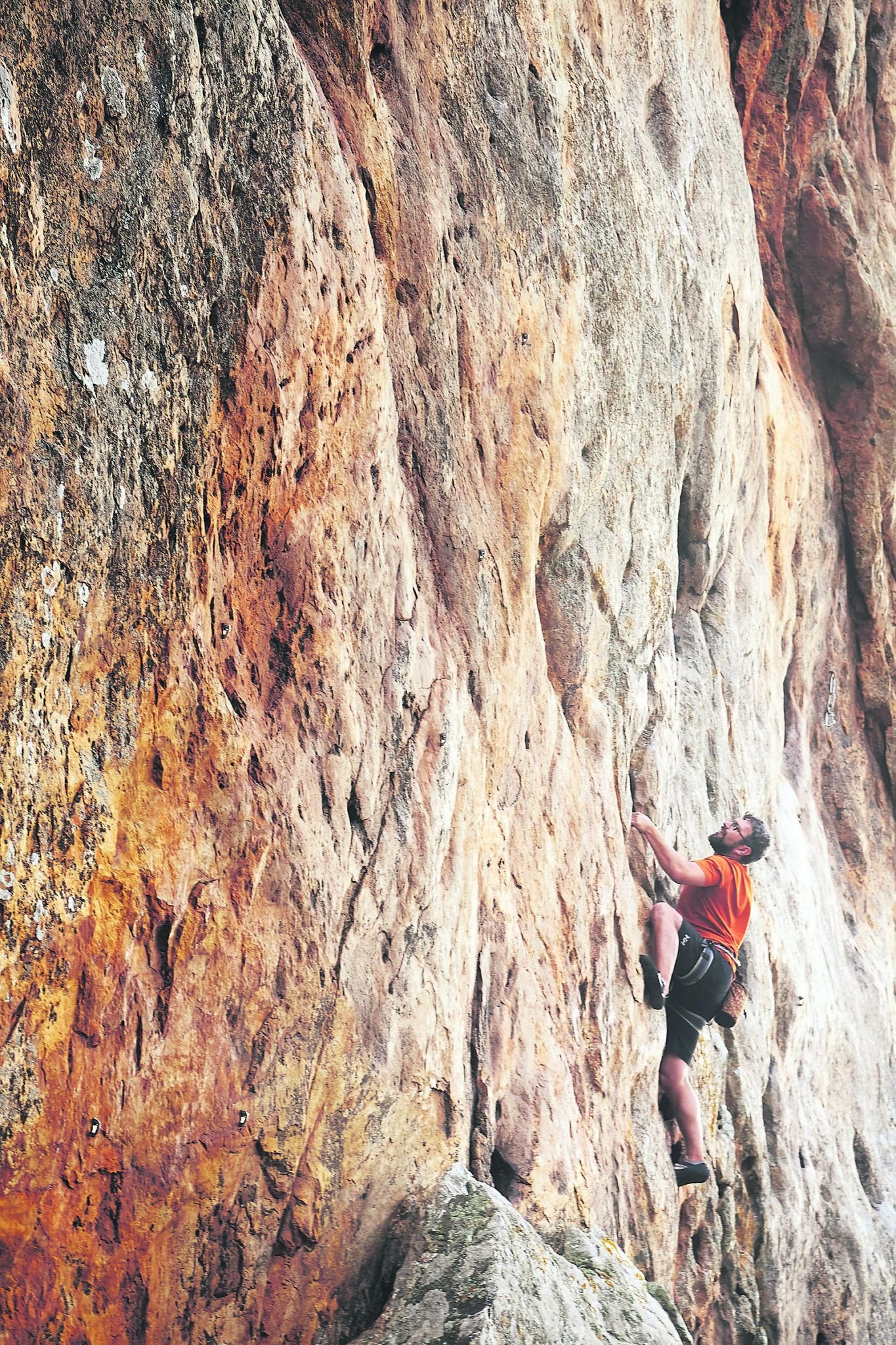 Right now he’s juggling his photography work with this latest venture, so it’s lucky for him he can function on two hours sleep, usually from around 4am to 6am, and fuels up on around seven coffees a day.

‘It’s how I express myself. My dad was an architect as well and showed me how to use the dark room when I was a child and I’ve been playing around with cameras since I was nine or 10,’ he said.

He still loves to climb, even if there aren’t that many opportunities in Ireland.

‘I love the solitude of the mountains, and when your adrenaline is pumping as you’re climbing overhangs. Yes, it’s stressful. I’ve lost 20 or so of my friends to the mountains, the presence of death is all around you. You have to learn how to make friends with the mountain, and know that you can dance with it, but you’ll never conquer it.’ 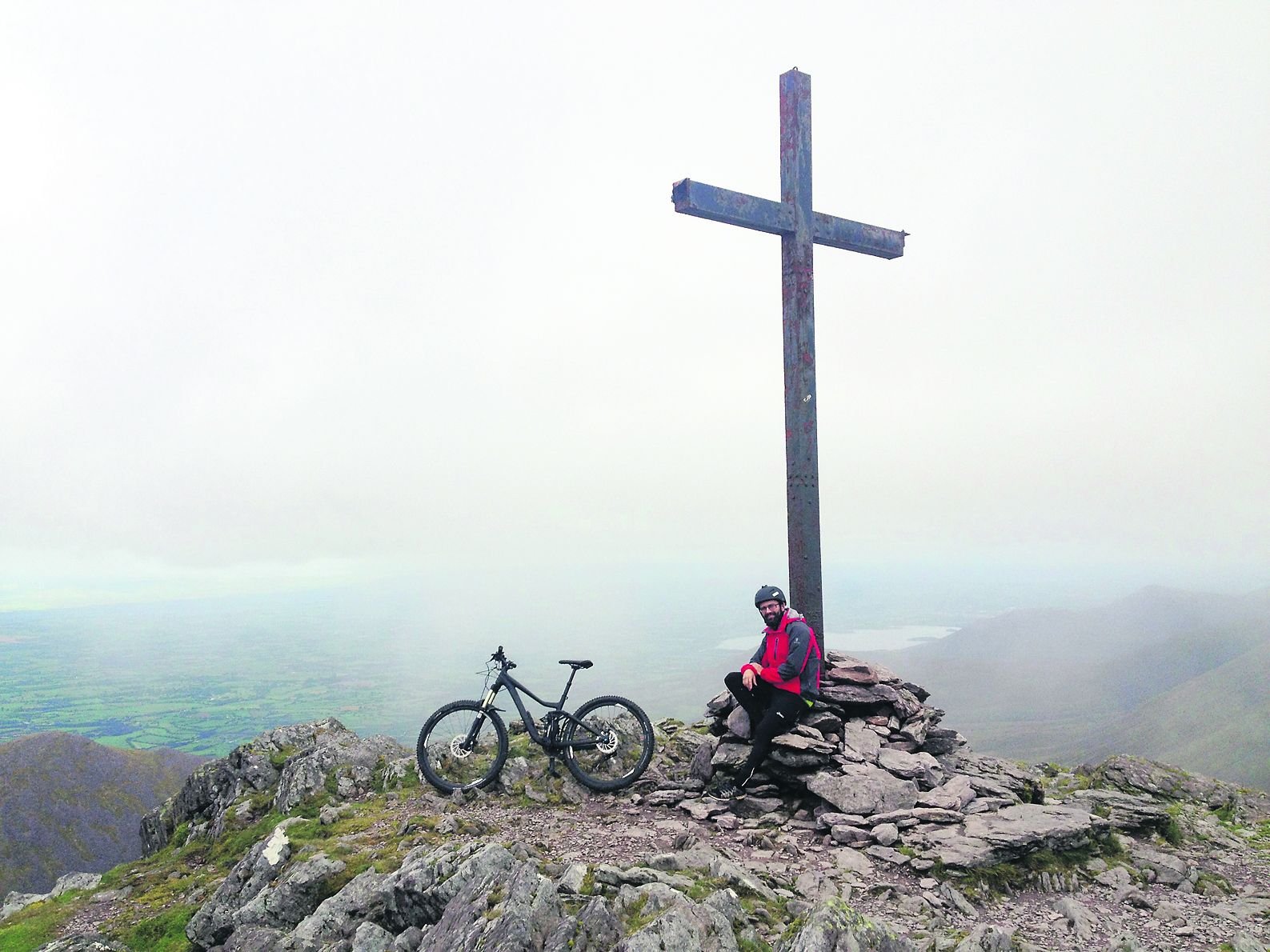 Miki before his adrenaline pumping cycle down Carrauntwohill.

He tries to meet with friends for two weeks climbing every year, and while he was an active mountain biker, he’s taken a break over last two years to spend time with his family.

‘Six years ago I cycled down Carrauntwohill! I like adrenaline but I’m careful.’

His parents still live in Slovakia and one of his two brothers also lives in West Cork.

‘But Bantry definitely feels like home to me now with its mountains, beaches and bays,’ he said.