Orla said body and athletic image had taken over her focus too much in recent years. But the trip showed her that health and happiness are what matters most.

Enniskeane camogie star Orla Cronin says her recent eight-day visit to Africa has completely changed her outlook on life, and made her realise the importance of health and happiness

ALL-Ireland camogie player Orla Cronin is just back from a life-changing trip to Kenya where she was part of a group working to plant one million trees and support hundreds of thousands of African families and communities to live off them.

The 27-year-old from Ballineen travelled with Cork team-mates Libby Coppinger, Laura Treacy and Ashling Thompson, as well as GAA players from all over the country.

The trip, she explained, was an initiative by Alan Kerins who is the founder of Warriors for Humanity – a charity organisation offering campaigning, volunteering, educational and fundraising opportunities with the expectation to inspire and connect people and issues.

‘The trip was in partnership with Self Help Africa (SHA) who are a leading international development charity with an expertise in small-scale farming and growing family-farm businesses. They work with their own local and African staff and, through local partners, they have been undertaking a range of agri-development programmes in rural African communities for years,’ said Orla, a physiotherapist who works in in St Finbarr’s Hospital in geriatric and stroke rehabilitation.

Over the eight-day trip the group travelled to various areas across the Rift Valley and western parts of Kenya where SHA have projects. Lots of what she saw inspired her, but some sights also stopped her in her tracks.

She admits that nothing could have prepared her for seeing children being indifferent to the flies on their faces, having to find clothes inside of rubbish piles, or seeing the kids begging on the streets of Nairobi from their wheelchairs.

‘They have very little and are struggling in many ways, but they are the happiest and brightest you could meet. It still felt uneasy at times though, as you know, these children need more,’ she said.

A visit to Londiani Sub County Hospital will stay with Orla forever. 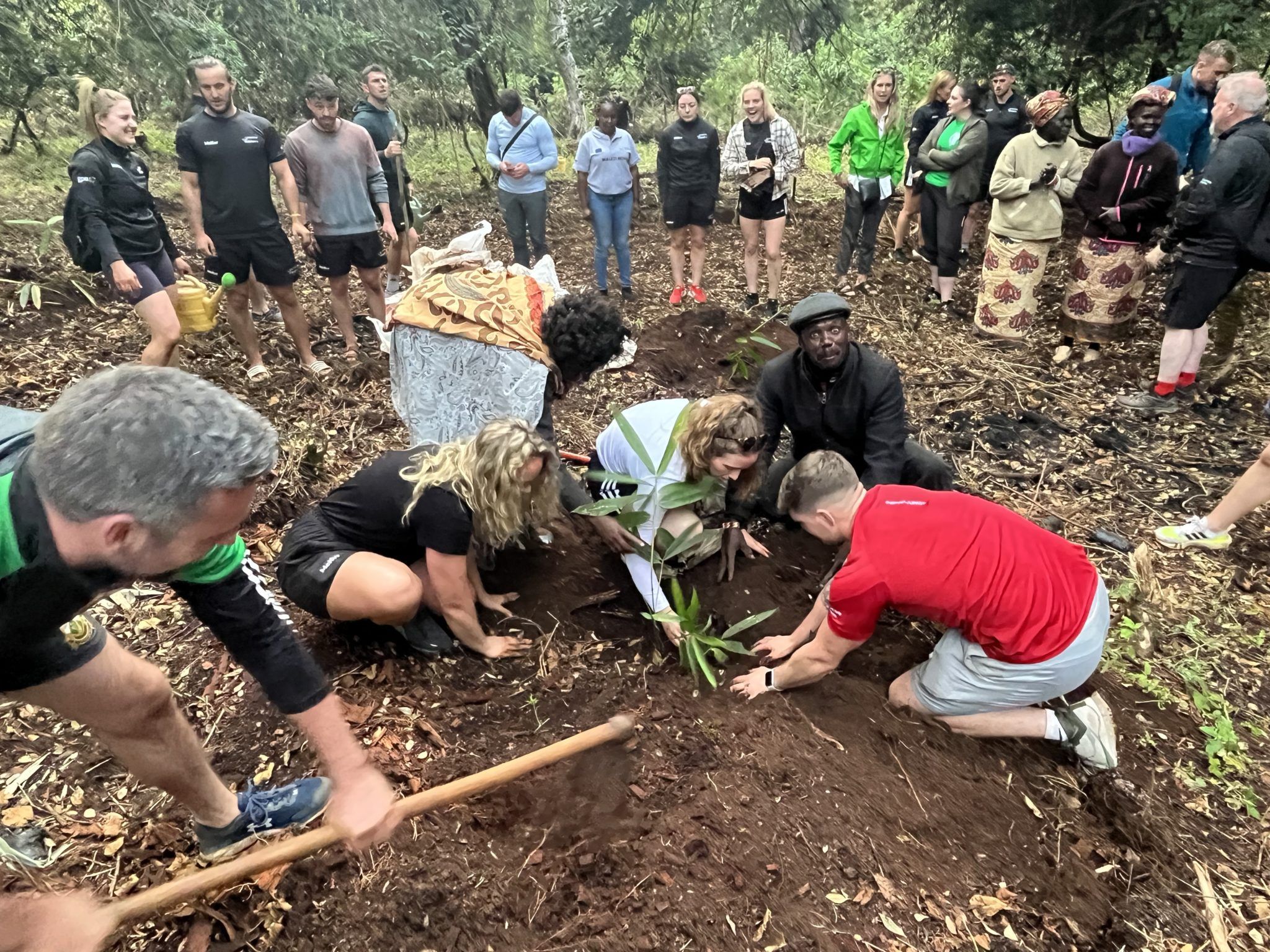 The tree planting projects are important as they restore nitrogen and nutrition to the soil, provide shade and shelter, as well as food and income for people.

‘Working in the HSE, I was curious to see their health systems and it was completely eye-opening. We saw a labour ward of three beds tightly squeezed together, three or four incubators scattered in rooms. The reality is a lot of women have their babies at home. What was startling was that it may be something as simple as not having access to a basic drug that could prevent pregnancy/labour complications that may be the difference between life or death. Thankfully, the incidence of mother and babies dying is reducing. A decade ago, it might have been one in 16, now it’s one in 26.

‘Being a physio, I was also drawn to see what these services were like. The senior physio Janet told me she sees 15 patients a day. Her physio room was no bigger than an outdoor garden shed, and she had one exercise bike and one zimmer frame. Coming from a rehab setting with a vast selection of resources, it was admirable to see how she continues to use her skills to provide patient care even in a resource-limited environment. However, it just feels like it shouldn’t be that way.’

A visit to a school in Londiani was where the group enjoyed one of the most uplifting afternoons.

‘There must have been over 2,000 kids welcoming us, so much energy with songs and dance. They were obsessed with my long wavey hair! We planted trees with the school kids there. We played soccer and volleyball with them. You couldn’t but leave the school with a new lease of life because their energy was so great,’ said Orla.

A visit to a project run by SHA in Baringo, which is suffering the worst drought in years with four failed rainy seasons, was a tougher experience.

‘We re-planted trees that were wiped out by a drought-resistant, fast-spreading evergreen tree called Proposis. It has taken over natural biodiversity and native species, which is causing severe issues with feeding livestock, and families. Millions of livestock are dying which is detrimental to families. A person is likely to be dying from hunger every 48 seconds here. It was the warmest and most humid part of the country we had been to, and the land was so dried out, that the dust from the roads would make you cough. The Il Chamus people farmed the land here and they are a sub-tribe of the Masai people so they were colourful and donning us with some of their jewellery. No matter where we went and no matter how bad things were, or appeared to be, for the local people, they were so proud of their heritage and their land,’ said Orla.

The aim of the trip was also to be a cultural exchange between Irish and Kenyan people, be it through music or sport. ‘They say the Irish are some of the friendliest and most welcoming people on Earth, but the Kenyan welcome really is an amazing thing. When we arrived at Nairobi airport, we were greeted with a display of native dance and music by students from a local school, so from the off we were welcomed to their country. The next day we made history by playing the first ever intercounty games to be played on Kenyan soil. We played both football and hurling in Nairobi Rugby Club. Some of us chanced our arm at racing a few of the kids afterwards.’

Back home and back to work, Orla says she’s still processing the entire experience.

‘The trip has had a profound effect on me. I have always been concerned by the planet, but the trip and seeing places like Baringo suffering devastating drought has really emphasised my own need to act now. Talk is cheap, as they say. I will be more conscious of my own carbon footprint, conscious of making better environmental choices in my daily habits. We have to make those changes, be it through the food we eat, the clothes we buy, or the transport systems we take,’ she said.

Orla also plans to ‘focus less on what matters least.’ 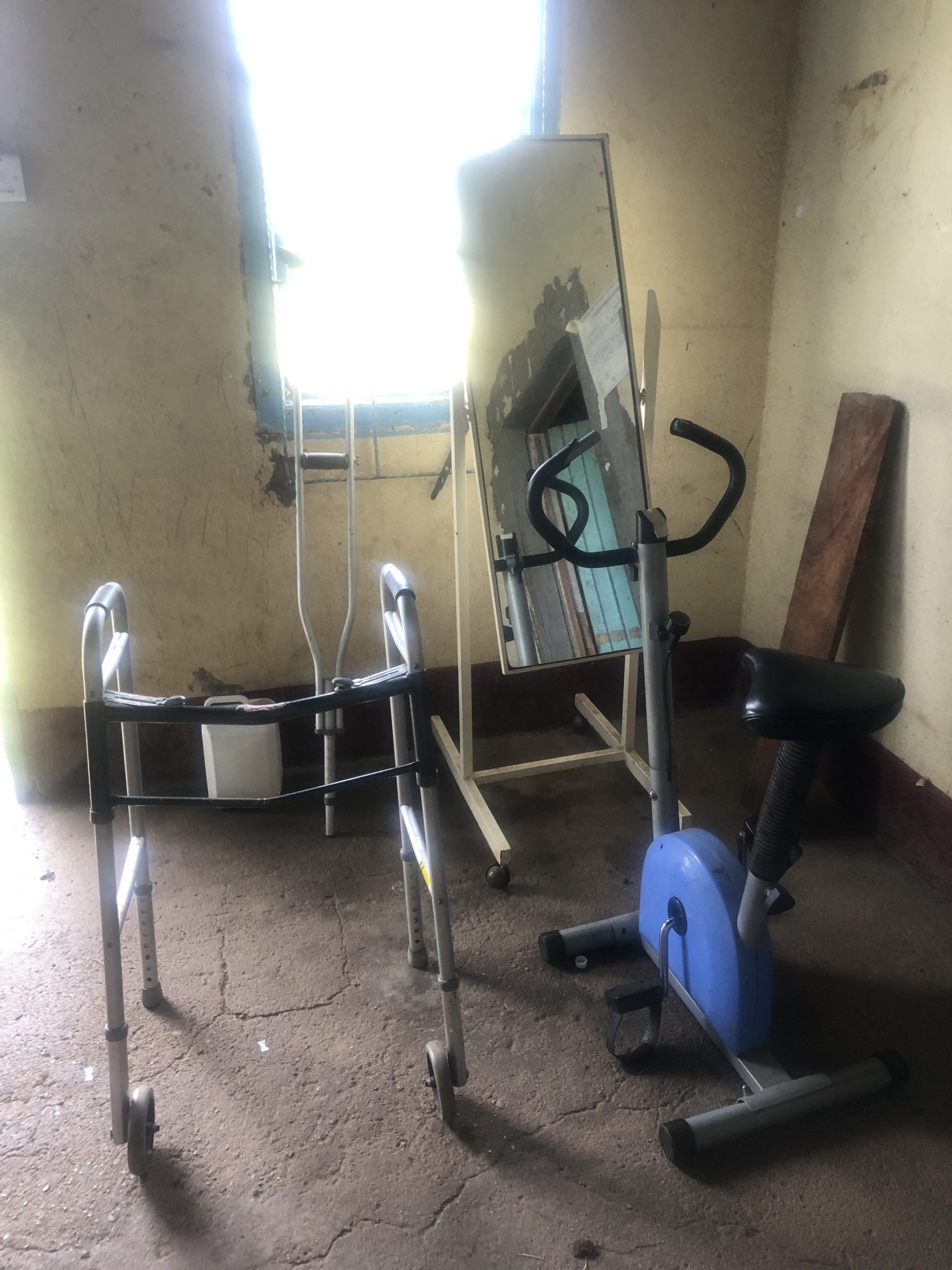 A physio room had one exercise bike and a zimmer frame.

‘Body image and athletic image have taken over my focus far too much in recent years. I would be worried about what others think, comparing myself to others at times. The Kenyan people I met, the last thing they worry about is how they look. Once they are healthy and happy, it’s all that matters.’

Orla has committed to raising €10,000 for Self Help Africa and is almost at her target. See www.idonate.ie/fundraiser/OrlaCronin to donate.