Over 10 years since the idea for an amenity park in Leap was first discussed, it’s finally ready to welcome visitors. The verdict is that it’s definitely been worth the wait

LEAP’S new amenity park, which has been in the planning for over a decade, is ready to be unveiled thanks to hours of tireless hard work, as well as the vision and the endless commitment of the local community, and of course the vital support from the odd scarecrow or two.

The new park, which is worth a visit just for the view along the estuary alone, first took shape when Leap resident, the late Michael Crowley, came up with the idea that the council should purchase a piece of land at the head of the Union Hall Estuary from the Sacred Heart Missionaries at Myross Wood.

‘This area, that Michael suggested, had beautiful views of the estuary and he saw that it could be developed into a community park for locals and visitors alike,’ explained James Ronan, chair of the Leap and Glandore Community Council.

‘So, then we began a fundraising effort to buy the land and it was Toni McDermott (RIP) and others who came up with the idea of a Scarecrow Festival during the Hallowe’en period to bring people to the village and also raise funds for the amenity park.’

With the first Scarecrow Festival taking place in 2015 the fundraising got under way and after purchasing the land from the Myross Wood Missionaries, the plans for the new amenity park received an unexpected but nevertheless helpful ‘push’ one night from an extremely angry Mother Nature.

‘There were a number of trees, beautiful trees lining the edge of the coast looking out over the estuary,’ James said.

‘Then along came Hurricane Ophelia in 2017, and knocked a few of them.

‘While it was a shame to see the trees knocked over, this did open up even more of the view and has enhanced the finished amenity park.’

And so the community got to work with local landscape architect Pat O’Mahony setting out a vision and a design.

‘We are so lucky to have had the help from Pat,’ James said. 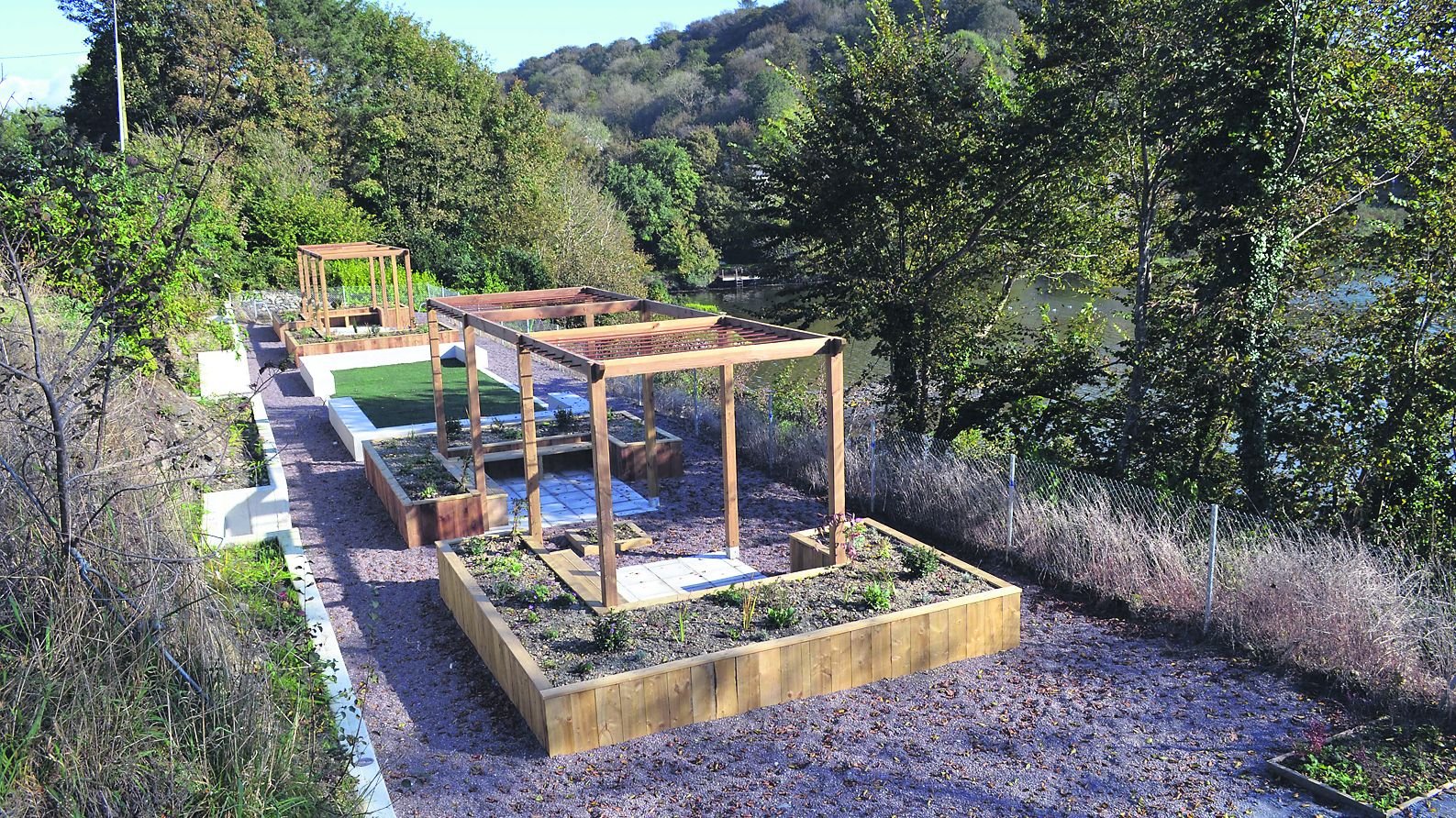 ‘We now have a viewing platform that’s accessible to wheelchair users as well as seating areas where locals and visitors alike can sit, relax and enjoy the views.’

The new amenity park also incorporates two beautiful gazebos, with an integrated seating area, with raised flower beds as well as a walkway that is accessible to families with buggies.

The park is adjacent to Myross Wood House, the new home of the Centre of Excellence for Climate Action and Sustainability, or CECAS for short which will be another draw for people to the area.

‘We received further funding under the community fund scheme and we also got grant aid from the urban town and renewal scheme. We are eternally grateful for these funds without which we would have been unable to develop the park,’ James said.

‘We also want to thank Brian Lawlor construction and this team for the incredible work they did, as did Mickey Burns from Skibbereen who volunteered his expertise. And also Cork County Council for their support.’ 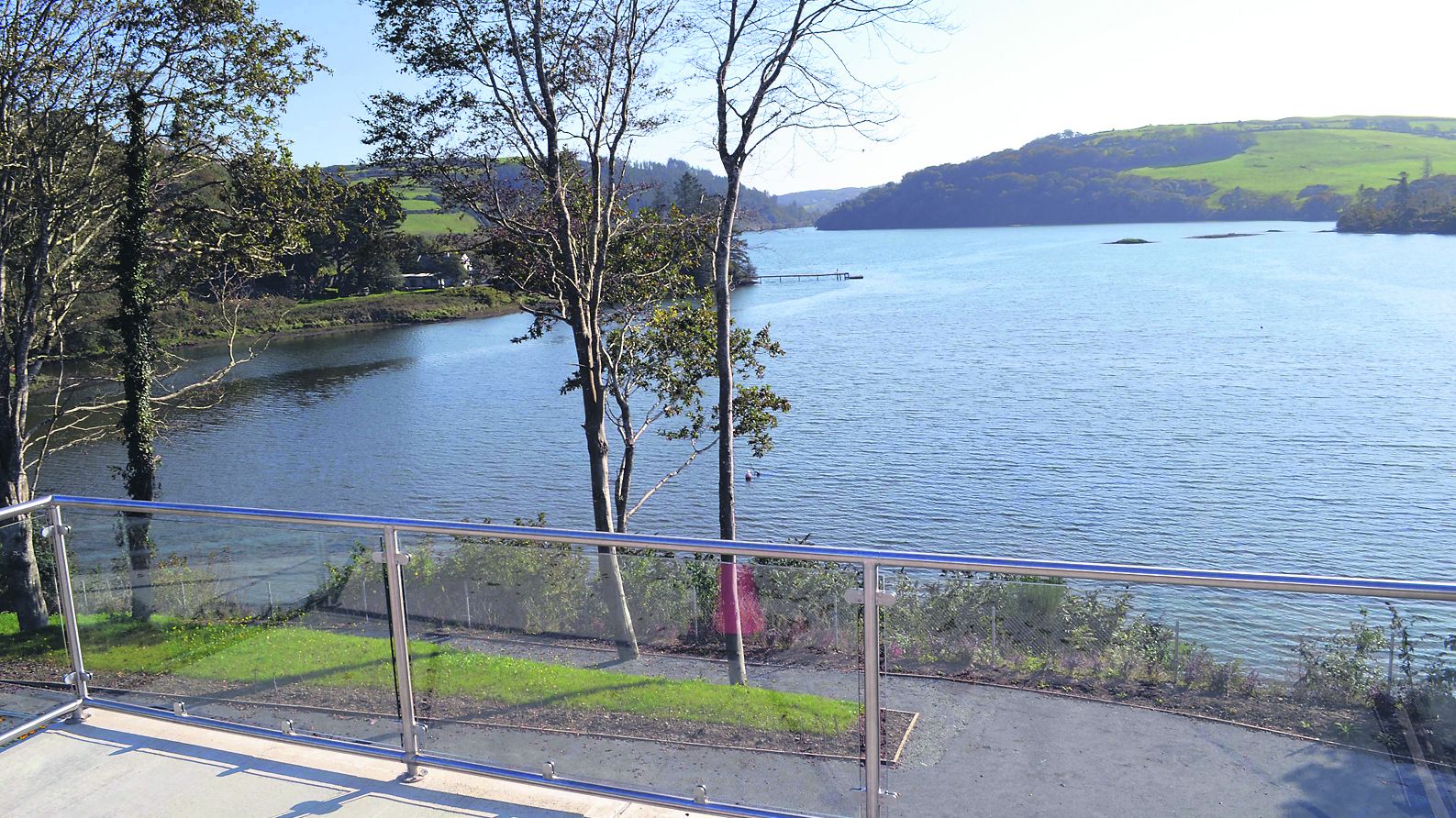 The enchanting views on offer

The new amenity park in Leap would never have become a reality if it had not been for the effort of the local community, he said.

‘None of this work could have been carried out without the support of our  volunteers,’ James said.

‘The Leap and Glandore Community Council are so grateful to all the volunteers who help with the fundraising and with the work to keep the new park looking so well,’ James said.

‘People have been out picking rubbish, weeding and helping to get the park ready, and we are all so grateful and proud of what the locals have achieved here.’