It's no secret that Ireland's changeable weather plays a big part in deciding when we swim, but we always consult our trusty Norwegian ‘YR’ app  – also found online at yr.no – known colloquially as the ‘yerra no’ site!

It told us recently that Saturday was the best of a bad lot so we headed to Lough Hyne for our regular swim around the island.

My swimming buddy this weekend was my longtime companion and partner in many past crimes – B – who has reignited a love for the sea she’s had since her teens.

Funny to think that 20 years ago our Saturdays comprised post-mortems of the previous night’s galivanting around Dublin’s nightclubs.

Now we are galivanting around small islands and comparing notes on gloves and neoprene boots, and which ones get us from A to sea and back best, rather than how we made it home the morning after the night before.

B has just invested in some new C-Skin booties, having finally realised in April that the summer socks she’s been wearing all winter are a bit too thin for Irish sea water when the water temperature dips into single figures.

It’s almost time to change back to the summer gear, but at least she’ll have them ‘broken in’ by September when the winter gear comes out again.

I have the same ribbed booties and swear by them. They have little split toes which means you can wear your flip flops right up to the water, and keep the fragile neoprene soles intact for a bit longer.

She laughs at my double-gloved hands but I have the last laugh when we arrive back and my fingers are still toasty warm, even after over an hour in the water. 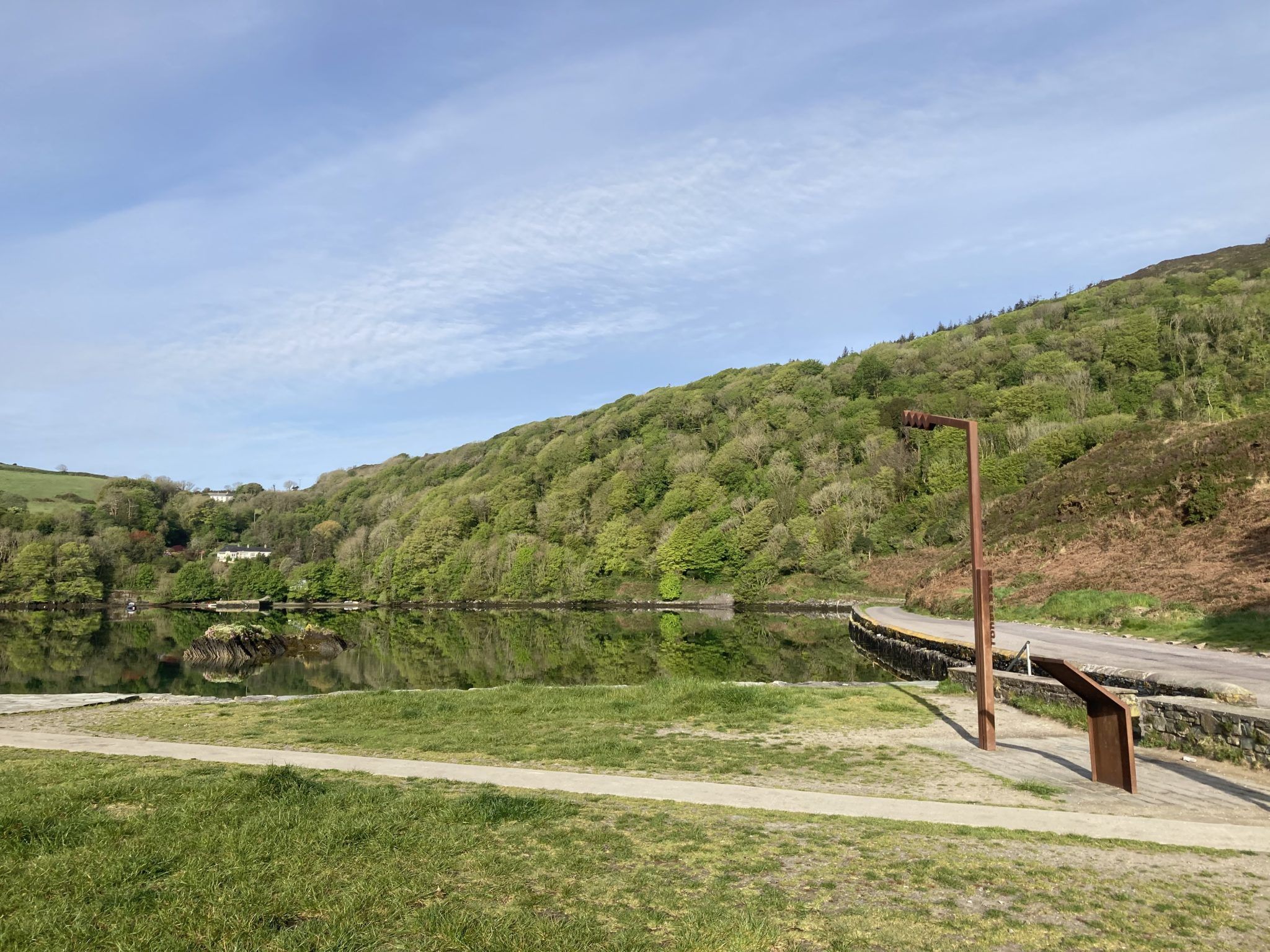 The trip from the slipway around the island and back registers as 1.5km on my smartwatch, the shortest yet, which means we are getting better at swimming in a straight line.

Swimmers will know how challenging that can be if your stroke is even slightly off-centre.

I tend to have a stronger right-arm stroke, (who doesn’t?) so I can veer very easily off to the right without proper attention.

The swim back from the island is such a lovely gentle one in this sea-fed lake that it’s easy to just enjoy the spin and forget to sight. Because there are no motor boats allowed on the lake, you don’t have to worry about colliding with craft, though on a busy summer’s day, kayakers can pop up just about anywhere.

Another thing that didn’t quite pop up, but did bob about under the water, was a lovely grey seal, who stayed curiously close to us. B didn’t see him at all – it was a bit like one of those joke ads, every time I pointed under the water to exactly where he was lolling about, once B looked beneath, he had already scooted off, and she resurfaced thinking I was imagining it. But he was definitely there – or maybe it was a she.

When I started swimming first, I was unnerved by these wonderful creatures, but they are such a common sight for swimmers around West Cork now, and we have mutual respect for each other, that I feel very privileged when they choose to share my patch of water, even for just a few minutes.

Back at the slipway, our fitness app shows us we spent just under an hour on the move, burning about 400kcal. Once you get the breathing right, swimming should be just like walking, so it’s wonderful to think it serves as a good workout too.

I’m all about gentle exercise, I was never a work hard/workout hard kind of gal, so this activity is just the business.

Back on solid ground, it’s time for B’s famous brown bread and homemade blackberry jam. I bring the tea, and the picnic chairs. I wouldn’t swap this for a week of nightclubbing.

Dedicated to the memory of Declan Newman, a gentle giant who appreciated the beauty and majesty that is Lough Hyne