Siobhan Cronin is The Southern Star's editor. She's also an avid sea swimmer and in her new regular blog 'From A to Sea' she'll be documenting her sea swimming journey. So get the wetsuit on, dive in and join her on her aquatic adventures

‘You’re very buoyant,’ a swimming instructor said to me once, watching me bob below him in the pool, as he observed from the safety of the sideline.

I’m not sure if that was a reference to my rotund physique or my dubious aquatic skills, but I gave him the benefit of the doubt on that one, and just smiled.

A few years ago I was invited as a guest on a boat in Calves Week in Schull but, being a total sailing novice, the only task they felt I could safely master was ‘ballast’ so I dutifully sat with my legs over the side and closed my eyes as the raging Atlantic played havoc with my stomach.

However, we did win the race, so I gloried in the victory and have been toasting my ‘buoyancy’ ever since.

Anytime anyone asks me about the benefits of taking up swimming, I remind them – you won’t lose weight. At least I never have, nor have any of my long-suffering sea buddies. But you will probably tone up, and you will certainly give your heart a good workout.

A Christmas gift of a fitness watch has me fascinated, watching the different calorie-burning stats from my chosen triumvirate of workouts – swimming, yoga and dance.

A quick glance at the app there tells me a half hour of dancing burns an average of just 110kcal for me, an hour of yoga is similar, but an hour of sea swimming burns a whopping 400kcal.

And when you get into the rhythm of it, it feels an awful lot less exhausting that jumping around your garage floor or pulling your legs apart like Stretch Armstrong on the bedroom rug.

In my teens and early twenties I did a bit of swimming alright – well, let’s just say, I could get from A to B in some form, although getting back from B to A again was often a struggle.

It never really bothered, or interested me, a whole lot.

But a skiing accident in 2000 changed all that.

Partying on the slopes, like it was still 1999, I had a little argument with a tree, after a very arrogant French instructor challenged me to be more brave and try to see the fun in skiing.

I faced the fear and did it anyway, and an Alpine tree had the last laugh.

I ended up with a bruised ego, and a horrendous pain, some months later, in my lower back, followed quickly by sciatica which refused to leave.

I ended up taking extended sick leave from work, but was lucky to have a job that continued to pay me for up to six months. Just before the deadline, I had a disc operation, and haven’t looked back since. 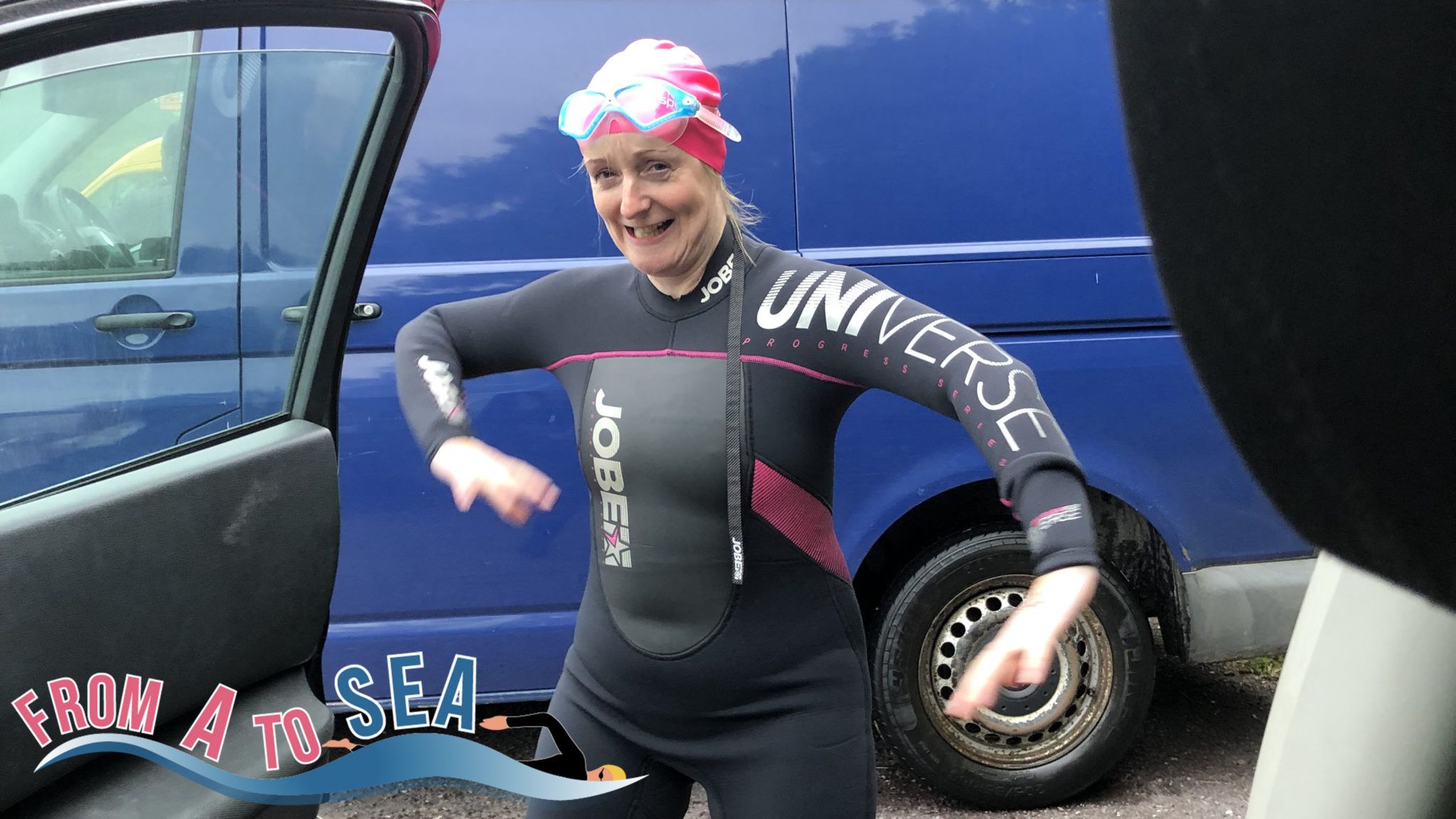 But the main advice my surgeon gave me on my last consultation with him was – do two things you like to strengthen your back, but nothing weight-bearing.

My lifelong fantasy of riding the winner at Cheltenham was out, it seemed, and the bowld skiing was only to be done in moderation.

I opted for yoga and swimming and enlisted instructors for both to try and make up for all those lost years.

I’ve kept both up and am happy to find they are very complimentary, not just for each other, but for my back, too. The gentle stretching of yoga keeps everything flexible, and the swimming builds up muscle.

And neither are hugely expensive pastimes, so it was a win for my wallet, too.

Of course, what I didn’t count on, was becoming totally addicted to the latter.

Research shows that the electric ions in salt water definitely have a positive effect on the brain, and salt water therapy is fast becoming a regular treatment for anxiety and depression.

It’s for those of you, like me, who just love being immersed in water, and want to take advantage of it to stay just a little bit fitter than we would without it.

From the chats about the equipment and accessories (part of the addiction), to nice places for a dip in West Cork, and the various charity swims that are a mainstay of the summer season here, everything is up for grabs.

Feel free to interact, ask a question, or follow me on Insta @siobhancronin.