Ballineen and Enniskeane Development Association is celebrating its 61st anniversary with plans to restore the local Station House to its former glory.

HAVING a key vision for its twin villages has always been the mission statement of Beda (Ballineen Enniskeane Development Association), and 61 years later it has never lost sight of that.

From establishing the local community hall back in 1974, to laying down a pitch and putt club and playground, the group’s steely determination to get things done for themselves set a template for other communities across West Cork to follow.

Beda would have willingly celebrated its 60th anniversary in style last year but the pandemic put a halt to that. However, it is hoping to mark it with a number of events throughout this year and will plan their celebrations around their popular summer festival.

Kieran O’Driscoll, chairperson of Beda, said that the past two years of Covid hit everyone and they are now keen to spread the word about the work they do in the community.

‘There are a lot of new people who have moved to Enniskeane and Ballineen in the last number of years and we would love to attract new members and tell them about the work that we do and keep Beda as strong as it has been,’ said Kieran.

This is echoed by Aoife Power who said they would welcome any new members regardless of how little or much time they can give.

‘We believe that everybody in the community has something to offer,’ said Aoife.

Beda was founded on January 13th, 1961  by a number of local business people worried about the imminent closure of the West Cork Railway line months later.

‘Several forward thinking business people felt that they had to do something to combat this, and they got together and formed Beda. Its origins saw the members going door-to-door in the locality to collect money to get the association off the ground,’ said Kieran.

The minutes from that very first meeting record that ‘a representative from almost every house was present incl. our PP and CC.’

A number of ways in which the area could be bettered were discussed including a community centre or club room, and  a park for children. The committee had lofty ambitions and it was suggested that they should enter the twin villages in the fledging Tidy Towns competitions, which had only been launched three years earlier.

Five years later and with the help of local fundraising, Beda bought the old railway complex and some adjacent land in Ballineen.

By 1968, it had opened the pitch and putt course, which is still as popular today as it was back then. Its work continued with the opening of the community hall in 1974, which these days hosts numerous groups and clubs including Ballineen & Enniskeane Tidy Towns, Fit4Fun and Foróige to name but a few.

The group also has plans for the renovation of the original Railway Station House, which has fallen into disrepair in recent years and has appointed a sub-committee to restore it to its former glory.

Kieran added that the original members also realised the importance of bringing employment to the twin villages and had  heard that Express Dairies (now Carbery) were looking to build a factory somewhere in West Cork.

‘They managed to persuade them to build it just outside Ballineen and it was a massive boost to the area and today employs so many people.’

Taking pride in their community saw the group lobby politicians and Cork County Council for improved infrastructures in the twin villages too and these would have included better public lighting, signage and footpaths. 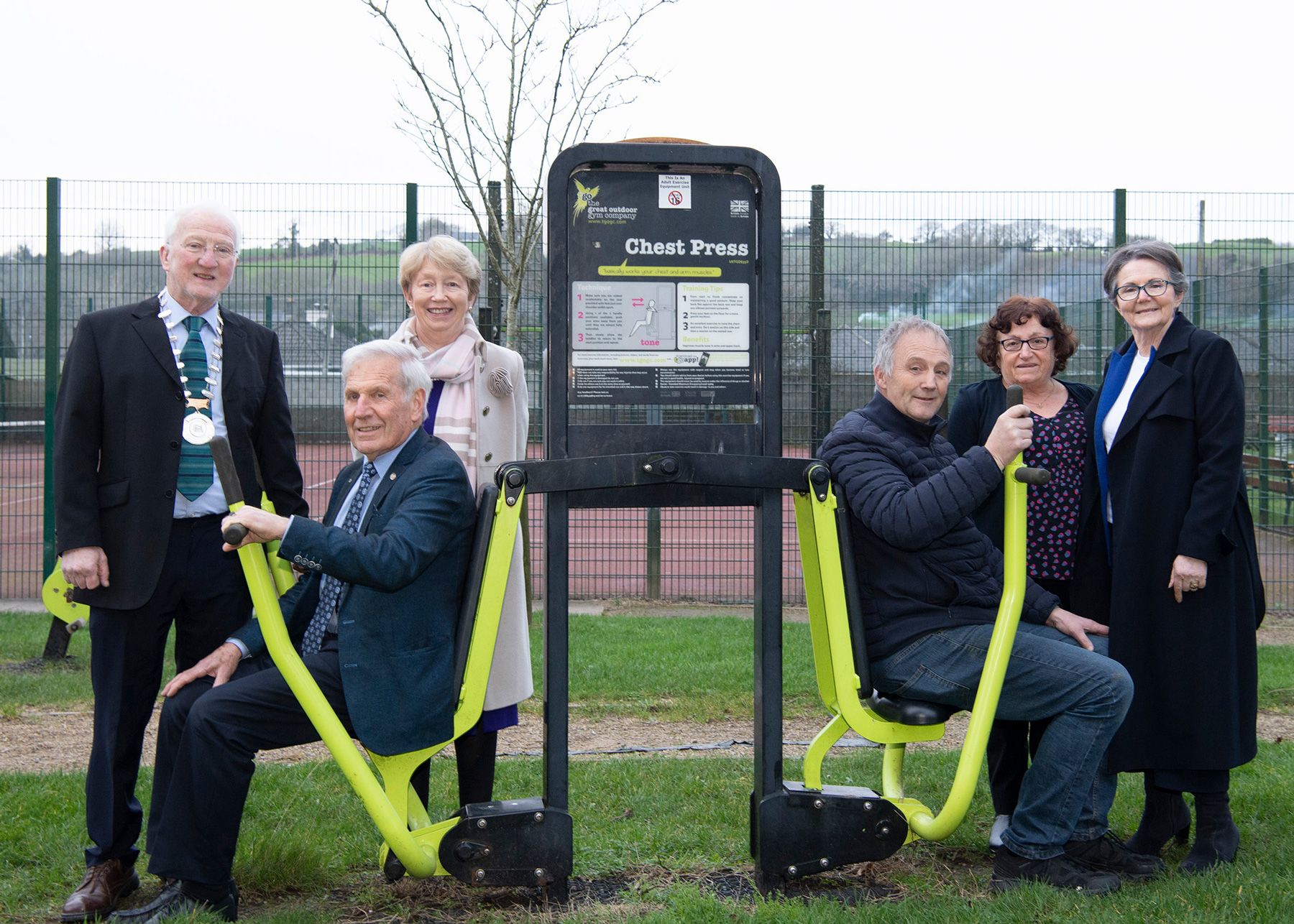 The group has lobbied for and supported efforts to upgrade the Water Supply Treatment Facility for the twin villages, to allow much needed new housing developments in the area. It has also successfully campaigned for the retention and upgrading of its public toilets facilities in Ballineen and look forward to a new build facility later this year.

Organising their summer festivals is something the committees in Beda down through the years have always loved.

Their ‘Fiesta’ events throughout the 1970s and 1980s – complete with festival queen Miss Beda – always drew the crowds to Ballineen and Enniskeane.

Sadly the group lost some active members in recent years including Tom Doyle and Maura Sheehan last year and chairman Pat Joe O’Sullivan in 2017 and their contributions are highlighted at this time.

‘We are extremely proud of our achievement in our 61 year existence, none of which could have been completed without the co-operation of all the excellent groups in the locality and the wider community,’ said Aoife. ‘Beda’s motto is and always has been “Ní neart go cur le chéile” and we feel that we are an excellent example of what can be achieved when the members of a community combine and work together. 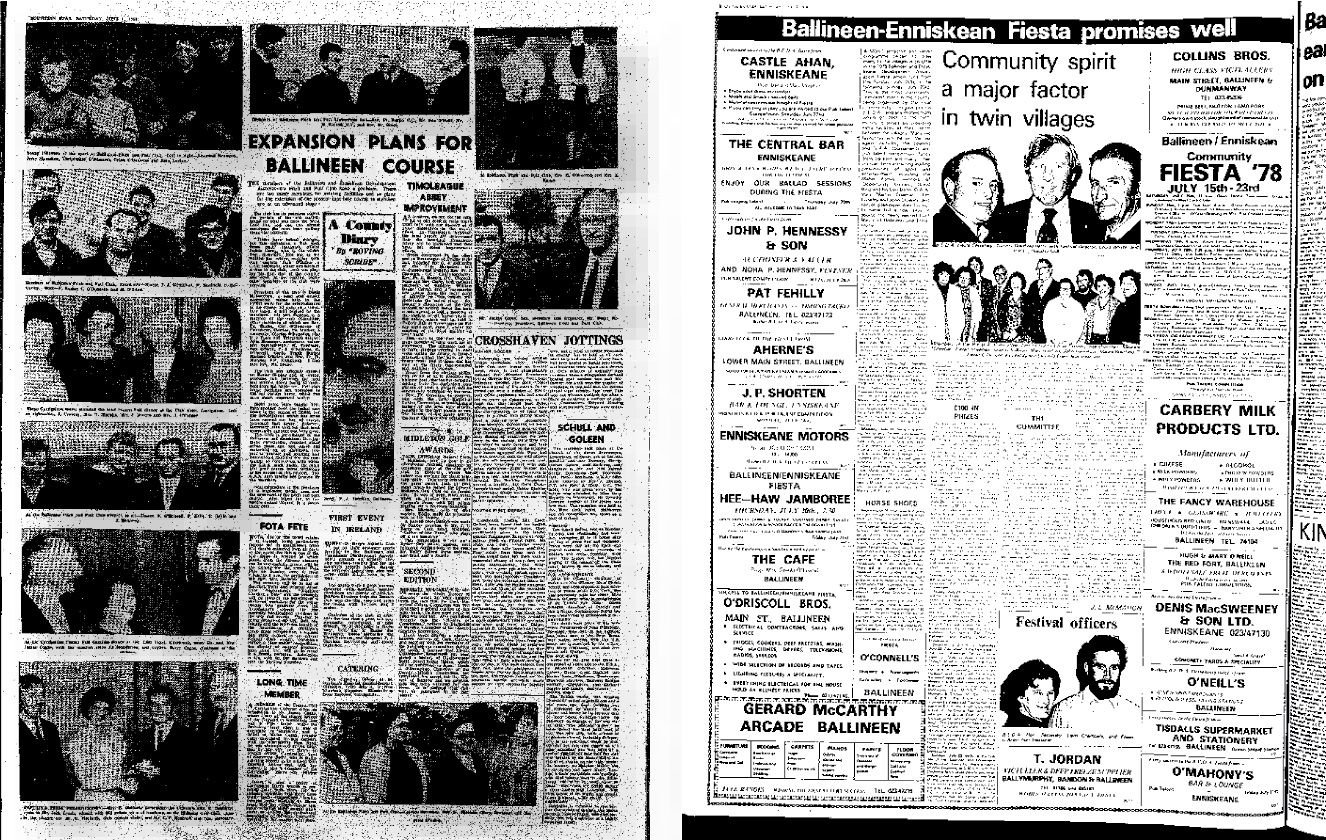 Coverage of Beda’s great work from over the years in The Southern Star.