David Goggin is urging people to support an Acquired Brain Injury Ireland fundraiser this month. He knows, from his own personal experience, the valuable work they are carrying out in West Cork

A CLONAKILTY man who suffered a life-changing brain injury is urging people to put their best foot forward for a fundraising event designed to get the new year off to a healthy start.

David Goggin suffered a devastating stroke in 2018, aged 43, when he lived in London.

Now back home in West Cork and rebuilding his life, he’s availing of the services of Acquired Brain Injury Ireland who are challenging people to walk 150,000 steps during the month of January while supporting brain injury survivors.

Approximately 150,000 people in Ireland are living with a brain injury, so the challenge is to take one step for every survivor, while fundraising for rehabilitation services which are locally based throughout the country.

David is one such survivor, and a mighty battler at that.

His life changed in an instant one evening as he was finishing up a routine personal training session in a gym in London and suddenly felt unwell.

‘I turned to my trainer and remarked that I couldn’t see out from my right eye, and the next thing I collapsed,’ he recalled.

That was around 5pm, and his sisters Geraldine and Margo and father Pat were at his hospital bedside by 9am the following morning where the prognosis wasn’t good.

‘His condition had deteriorated overnight, he was in and out of consciousness for 48 hours, and was transferred on to another hospital where we were told he’d need full-time nursing care for the rest of his life,’ said Geraldine.

Geraldine, a nurse herself, said she took that ‘with a pinch of salt,’ because she knew her brother, she knew his spirit and what he was capable of.

However, David had suffered a life-altering brain injury as a result of the stroke, and initially he also lost a lot of muscle movement. He spent 12 weeks in a rehab unit in the UK, before moving back home to Clonakilty in April 2019. He spent a further 12 weeks in the National Rehabilitation Hospital in Dun Laoghaire in September 2019. 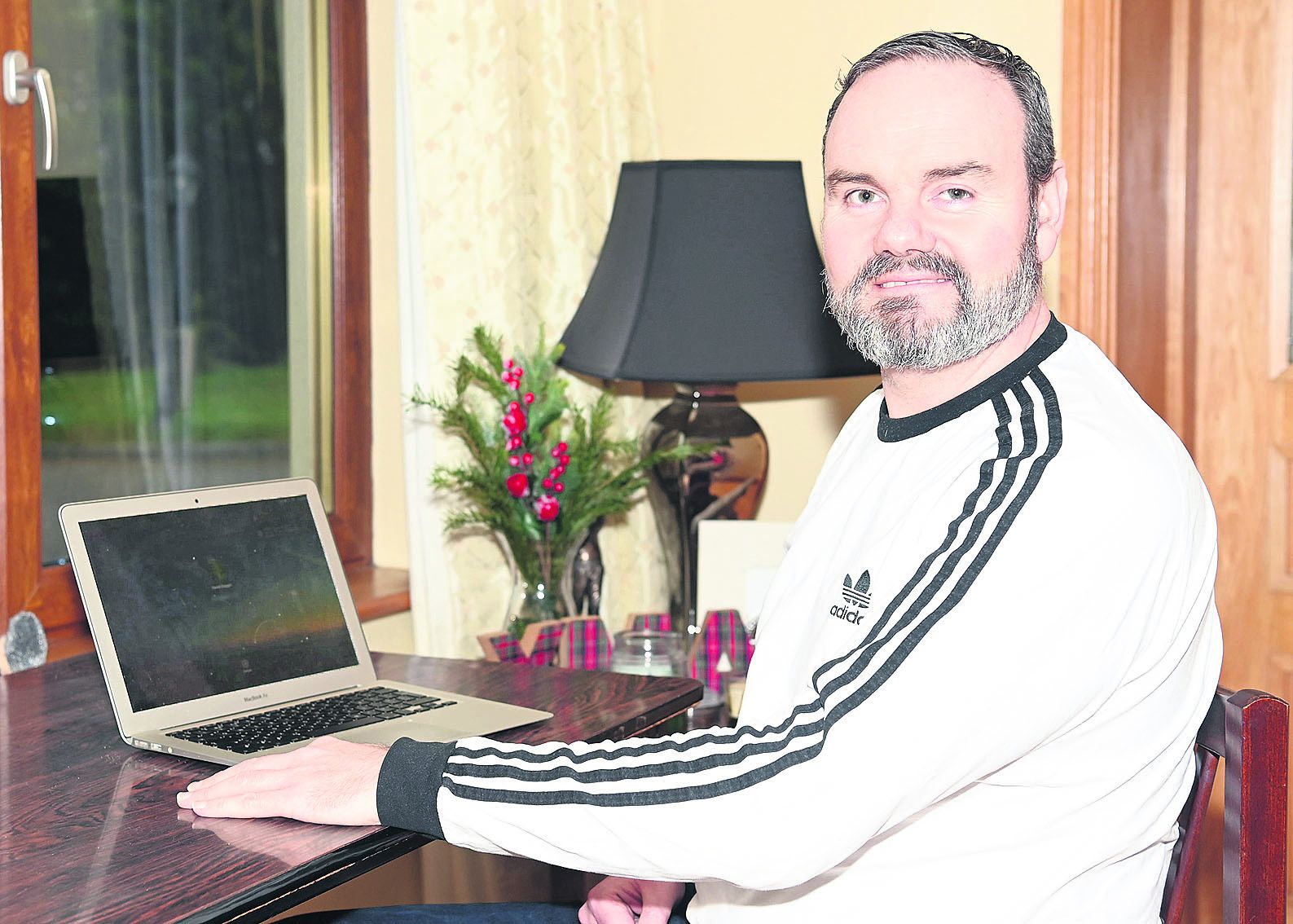 He had lived in London for a decade, and at the time of the stroke was group HR director for a large advertising/communications group, but independent living is no longer an option for him, explained Geraldine.

‘He lives with my dad Pat. I live next door and our sister Margo lives in Belgooly so we’re all nearby if needed,’ she said.

David, who has since regained a lot of mobility through his hard work and determination, was referred to ABI Ireland by his team in the Rehab Hospital.

Unfortunately the referral coincided with the start of the pandemic, so it’s only recently that he’s enjoying the benefits of the organisation who work to empower people to live to their full potential.

Glen Galvin, community rehabilitation assistant with ABI Ireland, calls to David once a week and they work one-on-one with whatever is needed, from organising technology that can help tech-savvy David communicate, to helping him sign up for various courses.

In his role, Glen covers all of West Cork. Before this he worked in the ABI Ireland residential home in Macroom which cares for people from Cork and Kerry.

He works with clients aged 18 and over who have brain injuries from traumatic incidents such as accidents and assaults, to non-traumatic situations such as tumours and strokes.

‘My job is about working with clients to establish their goals, and help them reach their potential; in some cases that might include helping them re-learn skills, helping with concentration and memory skills,’ he said.

Right now he’s working with nine individuals in the region, including David who is getting a lot out of their sessions.

David had no warning signs at all before the stroke, and had only recently completed the London marathon.

‘In many ways he was unlucky. But he was lucky too, because it happened in the gym, around people and not when he was home alone,’ said Geraldine. ‘We think there was definitely someone looking out for him that day, and we think it was our late mum Kitty. She died in 2009 the year David moved to London.’

Right now David is focused on working with Glen and is urging people to support the January fundraiser.