Many people in West Cork found themselves alone this Christmas. (Photo: Shutterstock)

With so many of us plunged into self-isolation over the past few weeks, and with more and more having to take these measures every day, Emma Connolly asked some West Cork people to share their experience 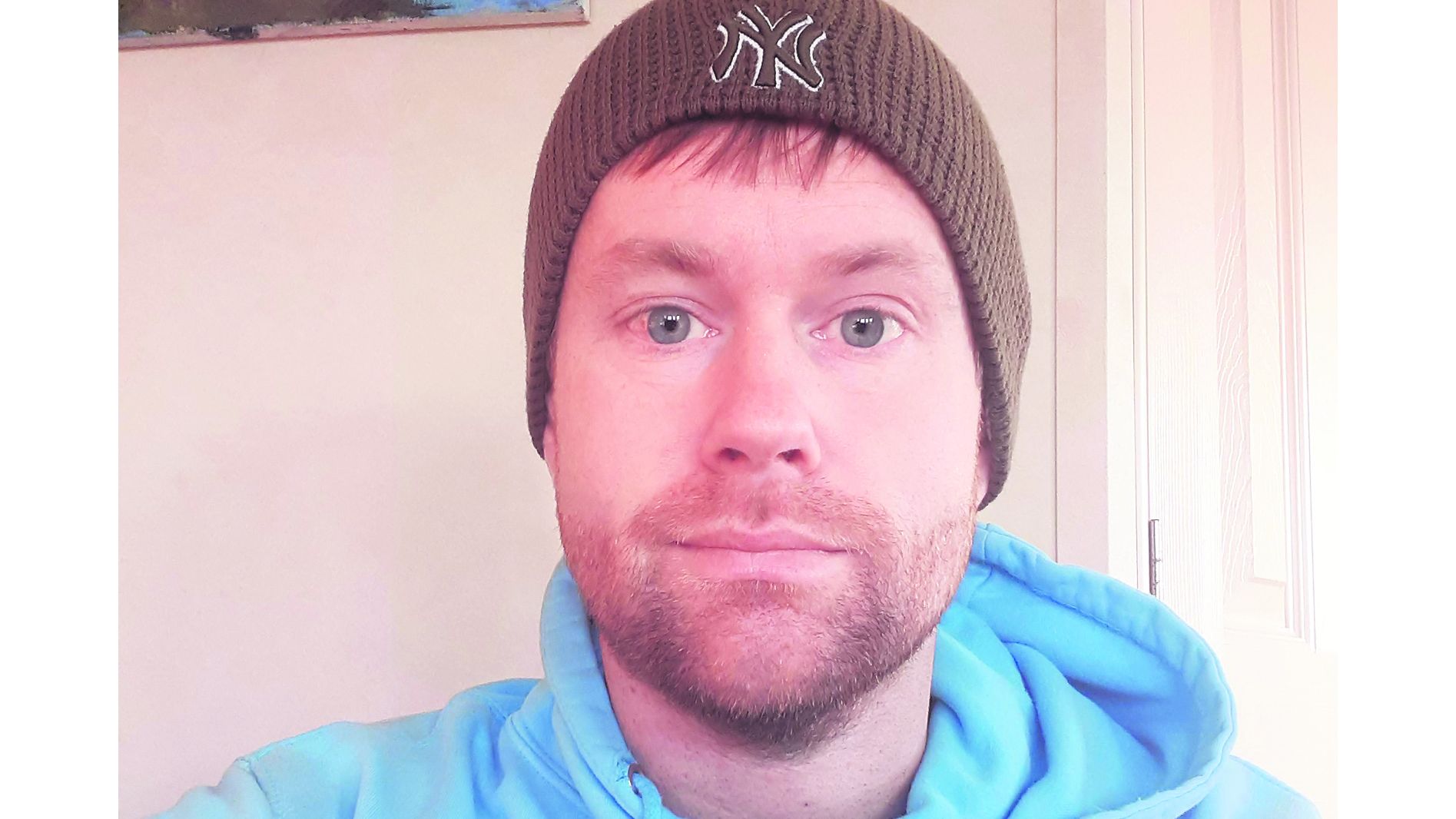 I got my positive antigen on New Year’s Eve after waking up with a cough I didn’t previously have. The first thing I did was to text anyone I had been in contact with over the previous days. My main concern was that I didn’t want to be the reason anyone else had to isolate but thankfully no one else tested positive.

Overall I felt okay, my head was congested, and I was a bit low on energy but other than that I felt grand. I’d had my booster just before Christmas, so I think that helped.

I was isolating for seven days and luckily have my own place, so I wasn’t confined to a single room. I’m just across from my parents so getting supplies wasn’t a problem. The first day or two were fine but it could get boring at times. Thankfully Santa had been good to me so had a couple of books, jigsaws and streaming TV shows and films kept me entertained. I watched Taskmaster on YouTube, Jimmy Carr’s new Netflix special, read Murder Most Local: Historic Murders of West Cork and Sweet Sweet Revenge Ltd.

Also, the weather was quite good, and living rurally I was able to get out for walks without the worry of meeting anyone. Other than the boredom I felt annoyed at times, I had hoped to meet up with a few people over the few days I was isolating so I felt I missed out in that sense. On the upside I did manage to get a good bit of cleaning done!

It’s funny to think how much you can take getting out and about for granted, so I was happy out to start seeing negatives on the antigen tests. The first thing I did was go and do my own shopping, not exactly exciting but it was nice to be able to do my own thing. If I end up having to isolate again, I would definitely try and sort a proper routine or project of some sort for myself. 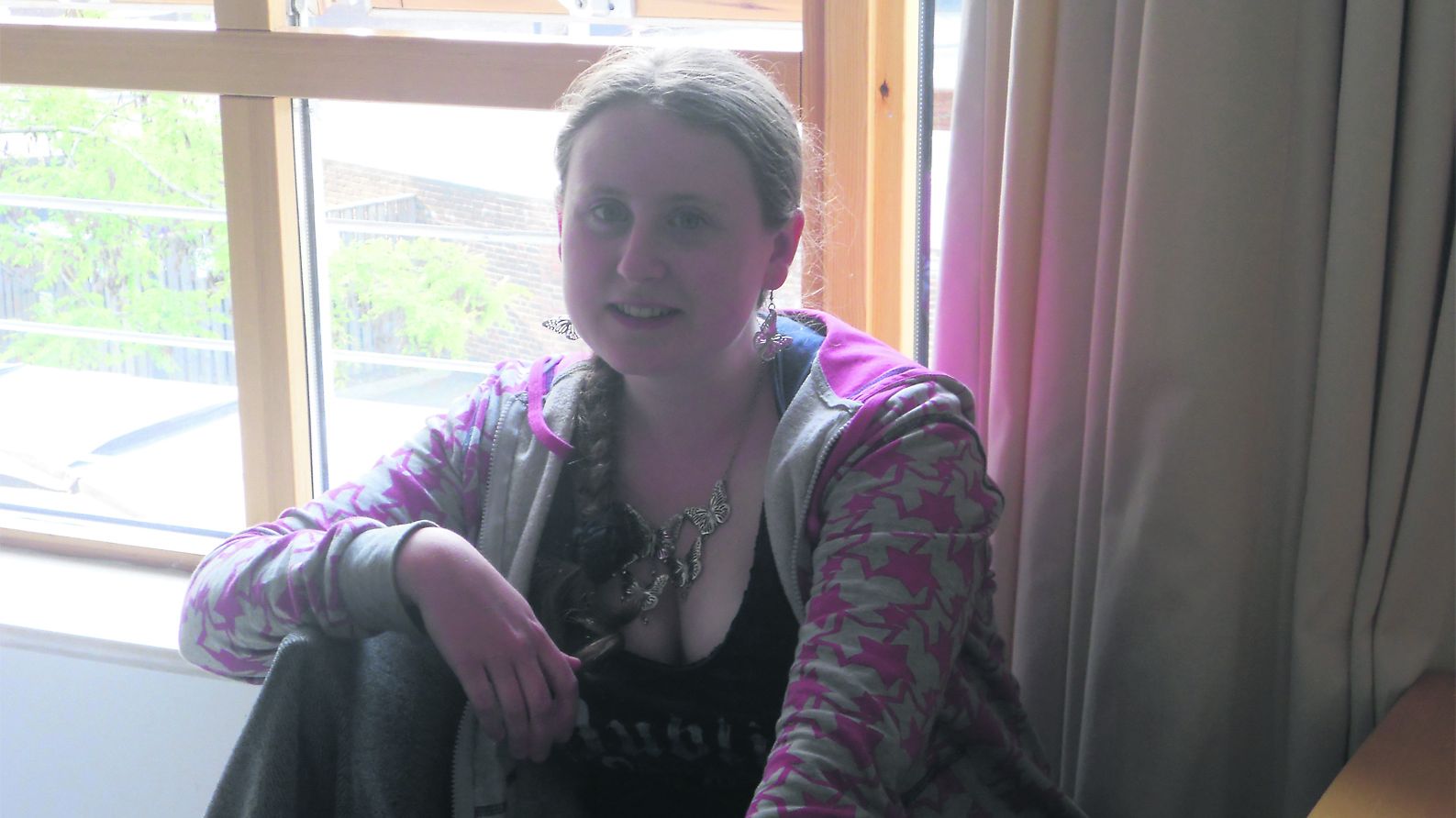 I thought I was playing it reasonably safe on New Year’s, going to a small dinner party in Dublin with six other people, hosted by a school friend who now lives in LA, and who I haven’t seen since New Year’s 2019. We were all so careful! We all took antigen tests before going and even kept a couple of the windows open.

That was Friday night. On Sunday morning I got a message from one of the other guests saying that on Saturday he came down with a fever and Sunday morning took a positive antigen test. I figured I’d ‘test first, then worry.’ Thankfully it was negative, but the disappointment as I thought of what my next few days would be hit me slowly as my plans for the next three days unravelled – I wouldn’t be able to meet my friends that afternoon to exchange Christmas presents; I wouldn’t be able to go on a hike on Monday; I wouldn’t be able to come back to Bantry from my home in Dublin on Tuesday as I planned: what was I supposed to do for five days?

The first three days were strange. Although only a close contact with strict isolation not absolutely necessary I wanted to play it safe. My dad has diabetes and I didn’t want to risk giving either of my parents Covid. So I kept to my room and to the attic. This was worst at meal times. Mum brought food up on a tray and I couldn’t help but be reminded of Harry Potter locked in his bedroom in Privet Drive with his aunt putting food through a cat flap in the door. Family dinners had always been such a big part of my childhood, and it’s what I love about being home.

I coped by trying not to be drastic, but by varying what I did – I actually worked on some writing projects that had been gathering dust in my hard drive; I read a lot. I delved a little into binge watching, getting through half a season of the Mandelorian in a single sitting. I did go for walks and a cycle ride, but avoided busy areas. In some ways it was easier when I restarted work on Wednesday, because my day had a proper structure. Most importantly, I tried to keep in touch with people. And although everyone says how tired they are of doing everything remotely and virtually, at least when we are stuck, it means we can still chat to our friends, whether it’s a video call or just a text chat, keeping a connection and hearing the voices or reading the words from other humans, especially friends is still as important now as it was at the start of the pandemic. 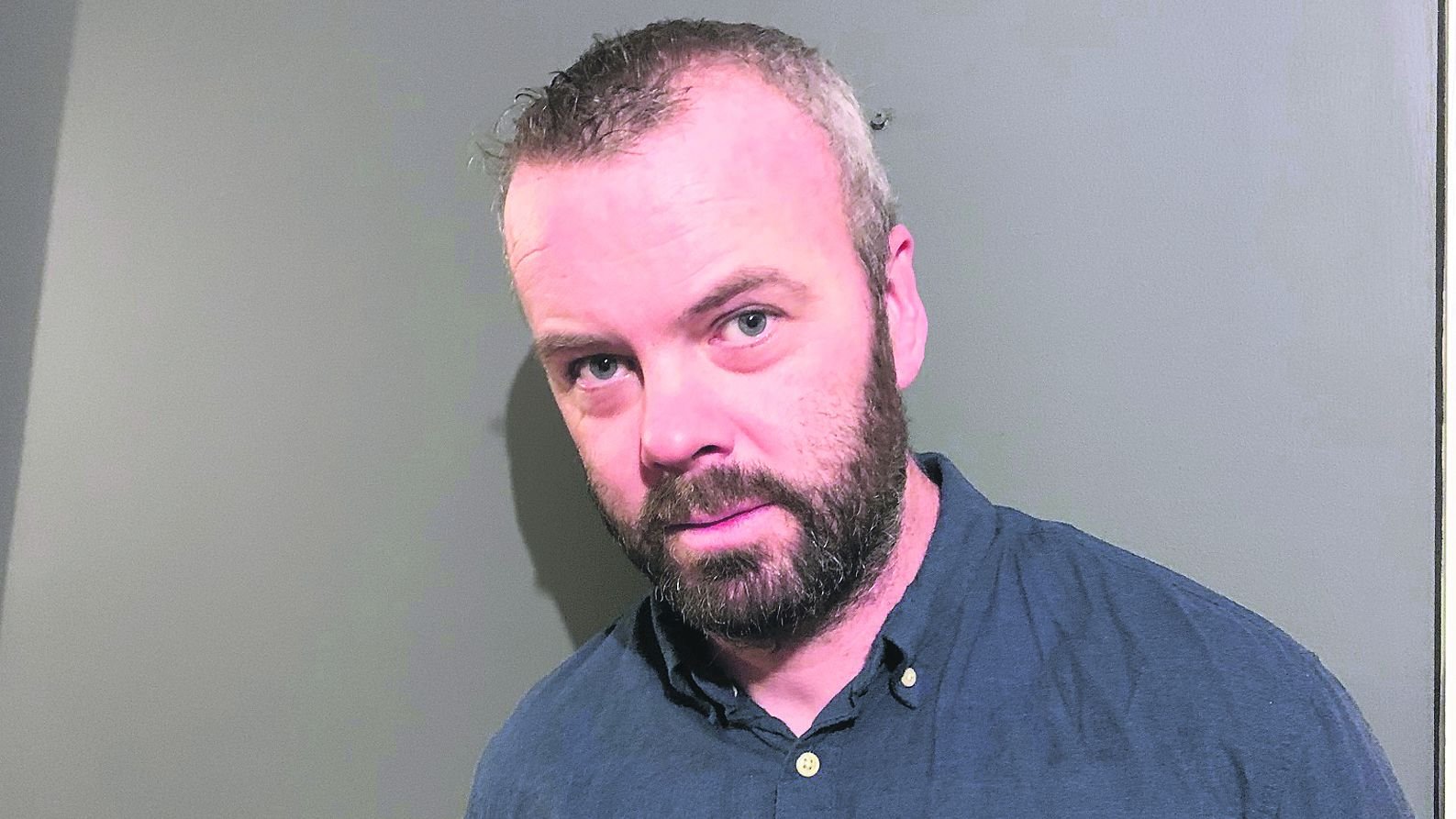 I tested positive for Covid on an antigen test on Sunday January 2nd but then had some negative tests and so went for PCR test on Monday 3rd which came back positive on Tuesday 4th.

I had been testing daily throughout Christmas as we were spending Christmas with my parents. We very much remained in our extended family bubble and didn’t socialise or mix outside of this. My daughter had Covid from December 21st – 30th and was on her own in her room for Christmas but none of us contracted it from her.

I attended a cousin’s wedding, all guests were testing before it but another cousin tested positive two days after so we were expecting that more would.

My reaction to testing positive was fine as I had the booster on December 23rd and was confident this was a less severe strain.

I was at home alone and went to my room with my laptop. I informed my family and immediately texted a sub provisionally booking her for the first few days back at school thankfully. I am married with four children, one of whom had just had Covid and we were actually hoping that we would all get it together and be done with it.

I didn’t isolate in my room. My wife tested negative on PCR and all continued antigen testing. I had some work to be done at the house and this took four days, so I was outside, keeping my distance from the workers and this passed the days very well – much better than if I was stuck in my room.

Luckily, I was not feeling unwell. I had a slight head cold but no other symptoms. My daughter did the shopping for us and for my parents and sisters who were close contacts. Positives were getting Covid when I did and not during Christmas, getting a weaker strain and having had my three vaccine doses and of course getting the work done that needed to be done.

My advice to anyone facing the same situation would be to try and keep busy so the time passes quicker. 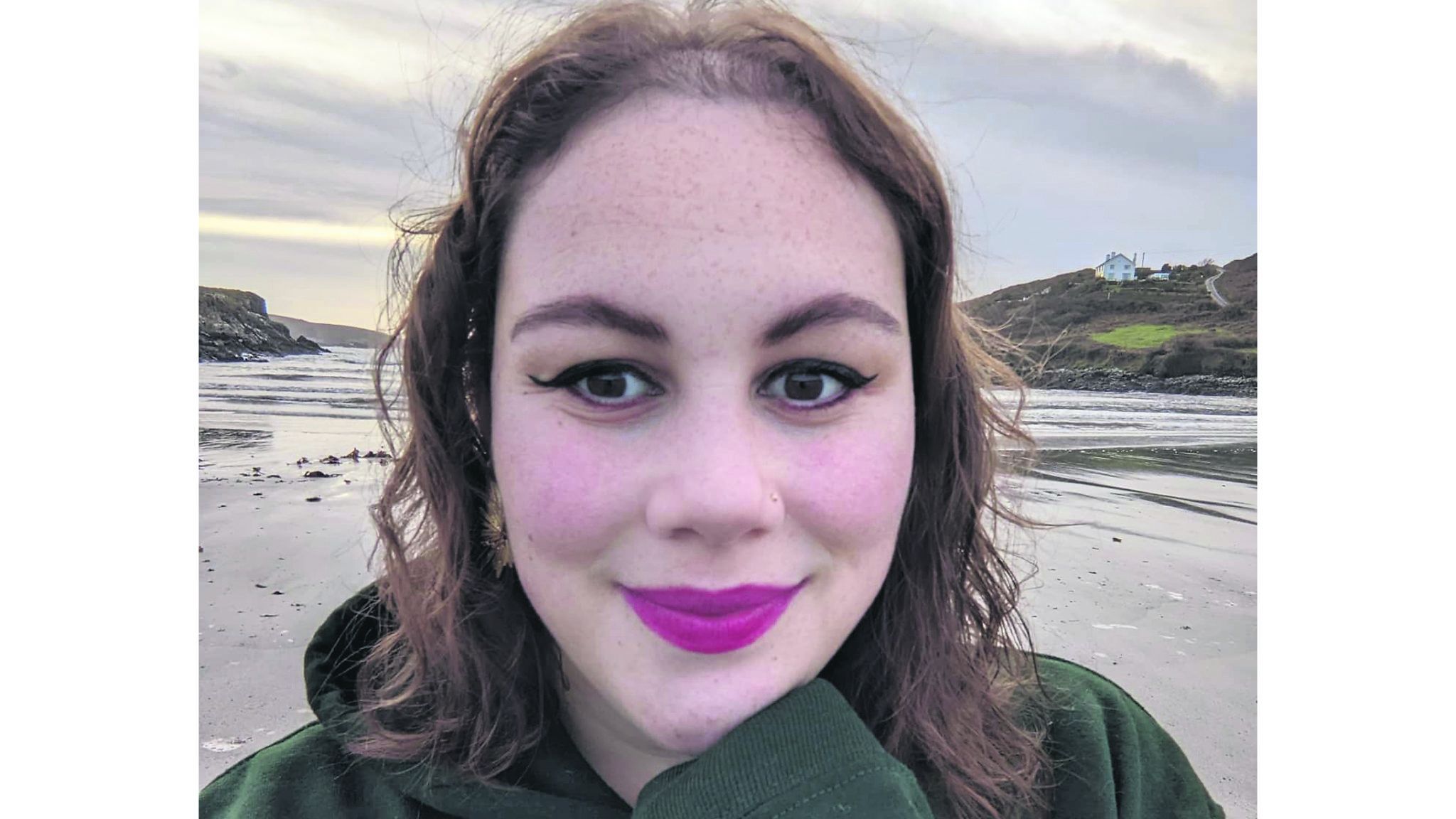 Last July I visited my parents and my eldest sister Zoe for the first time in one year. The pandemic and lockdowns have been tough on them, as my ageing parents are full time carers for my sister. Zoe attends Co-Action in Skibbereen, but services were closed for some time and are very much reduced now.

This Christmas, my sister who lives in Vienna and her four children were visiting us for the first time in two years. I worried they might be delayed on their way here. Somehow, it never crossed my mind that I might catch Covid.

In the run up to Christmas, my partner and I minimised contacts. The night before my train to Cork, I took my first antigen test. It was negative. On the Cork train, I noticed a man near me not wearing a mask. I tried not to focus on it as I felt there was little I could do. On the bus to Skibbereen, I noticed that I had a tickly throat and runny nose, but put that down to fatigue. The next two days, my antigen tests were negative, but on Christmas morning, the two lines appeared. I rang my family downstairs and told them the news. I had Christmas dinner in my room and my nieces and nephews carried my presents to the door. I watched them open their presents on video. I resolved to keep to my room and wear a mask any time I emerged to use the bathroom. I had very mild symptoms (thanks in no small part to the fact that I had two vaccine shots).

I went on to get a positive PCR result, and my household were all officially close contacts. My sister from Vienna also got a positive antigen. Stress levels and tensions ran a little higher, as although everyone was anxious to contain the virus, it was increasingly impossible to do with all the people in the house. My parents and Zoe decided to move out to a house in Skibbereen.

Over the next few days, the Viennese family had positive antigens, but the lines were almost too faint to see on some of these. It was a strange phase – I was able to spend time with my sister and her children, but often wearing a mask. We were dependent on grocery deliveries and ran short of food a few times.

On New Year’s Eve, my parents drove to the house and stood outside to ring in 2022. We stood inside by the window and danced to music from their car radio. It was bittersweet.

On January 2nd my isolation ended and I headed back to Dublin where I was overjoyed to see my partner and my pets.

For me, having Covid was not a problem in itself and even the isolation was not a problem. The hardest thing was the emotional impact – worry that I would pass the virus on, sadness that family who had waited so long to be reunited were separated, and the stress of routines being disrupted and family stranded.

In some ways, I am glad to have some temporary immunity to Covid, as I am less stressed when on public transport.