Anaïs got her first taste of the sport with West Cork Kayakers on Lough Hyne in Skibbereen and she credits them with helping her become the kayaker she is today.

Skibbereen’s Anaïs O’Donovan has only been kayaking for four years and she’s already taking the sport by storm. She’s now chasing her dream of becoming a world champion

A YOUNG woman from Skibbereen has been ranked eighth in the world at the recent World Freestyle Championships in Nottingham and she now has her sights firmly set on taking gold.

Anaïs O’Donovan is laser focused on her goal and is set to live most of this winter in her van – pretty much sleeping on her kayaks – so she has the flexibility to travel to the best conditions and save money for training.

Incredibly, Anaïs (22) has only been kayaking for four years and is on the Irish team for freestyle kayaking which is governed by Canoeing Ireland.

From Coornishal, between Skibbereen and Drinagh, she is coming up against some of the top athletes in the sport in the world, but she has to fund herself nearly every paddle of the way, which she admits is frustrating.

She lived in her van in Nottingham for two months this summer to keep costs down while competing at the highest level in her sport, the world championships.

After that she spent two months in Columbus Georgia for the world cup – a pre-competition for next year’s world championships which will take place there.

Her determination and sacrifices paid off. She finished in eighth place in Nottingham and in 13th place at the second event in Georgia despite tough conditions which saw water running at 9,000 cubic feet per second.

Only two people represented Ireland at the world cup, and Anaïs was the only female.

She has purchased an already converted Opel Monvana to give her the flexibility to chase the correct water conditions around the country.

She’s also a regular passenger on the three-and-a-half-hour crossing from Dublin to Hollyhead for training sessions in Nottingham.

‘The van is really comfortable. It has a double bed, and my kayaks are stored under that, a kitchenette, couch, and it’s fully insulated. I usually park in designated areas by the side of the road and there has been only one occasion I felt unsafe. It was in the UK and it was fireworks night, and I just drove off at 2am,’ she said.

When she’s not training, either in Ireland or the UK, and competing, Anaïs works as a gymnastics instructor in Bantry and Skibbereen, which she really enjoys.

‘I am a qualified personal trainer, fitness instructor with qualifications and instructorships in sailing, windsurfing, kayaking, powerboating, gymnastics etc.

‘I love to spend every day outside, rain or shine and live life in nature as much as possible,’ she said.

She started out kayaking with West Cork Kayakers.

‘My first day kayaking it was lashing rain at Lough Hyne and everybody was smiling and laughing.

‘They taught me all the basics and helped me develop into the kayaker I am today.’

She also loves whitewater kayaking – essentially throwing herself down waterfalls.

‘I suppose you could say I’m an adrenalin junkie. I regularly travel all around Cork and Kerry chasing the rain to various rivers where we go down waterfalls, gorges  rapids and canyons.

‘The highest waterfall I’ve been down is around 20ft in Sligo and I’d do regular runs of a 12ft one in Kealkil. I love it!’ she said.

Having said that she does acknowledge that fear can creep into her mindset when she’s competing.

‘I do struggle with that so much and it has held me back. There was one day in the US I was actually too afraid to paddle when I saw the velocity of the water, and it’s something I have to work through,’ she admits.

Losing control of her boat is what frightens her the most.

Right now she’s focused on training for Georgia in October 2023, but admits to some frustration that she can’t devote all her time and energy to the sport.

‘I’ll be going up against other athletes who are full-time, and who are sponsored and who can put in two to three sessions a day.

‘I absolutely love my work teaching gymnastics and seeing my students progress, but I’d love not to have to earn a wage for a few years.

‘Even in the US this summer I was sleeping on a floor or a couch while I was competing at the top end of the sport which doesn’t seem right.

‘It can be really frustrating that this sport receives no funding whatsoever so almost every trip, flight, accommodation, bus, train, boat, paddle etc is all funded by me. Sponsorship of €15,000 would be enough to cover me for a year.’

Anaïs was really grateful to have been sponsored by GP Wood and has also had support from other local businesses, including The Southern Star, and said she wouldn’t have got this far without it. Her ultimate goal is to be a world champion, and win Ireland’s first gold in freestyle kayaking.

‘No matter how hard the journey can be I would never change it.

‘I am so fortunate to be able to spend so much time, travelling, making new friends and exploring the world.

‘I look forward to many more years of adventure.’ 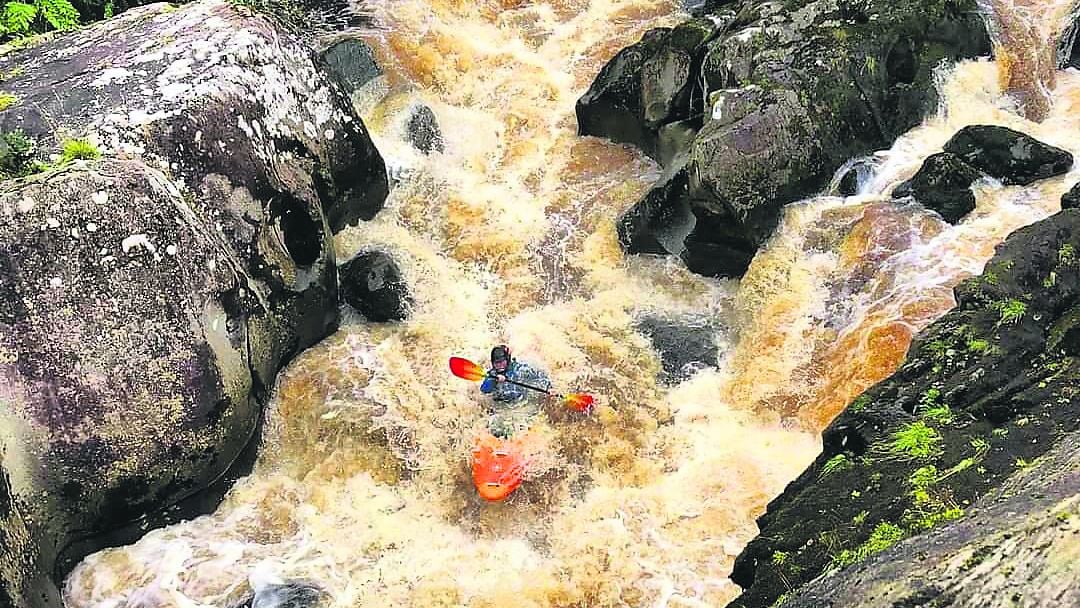 Anaïs loves whitewater kayaking – essentially throwing herself down waterfalls. The highest she’s taken on was a 20ft one in Sligo. 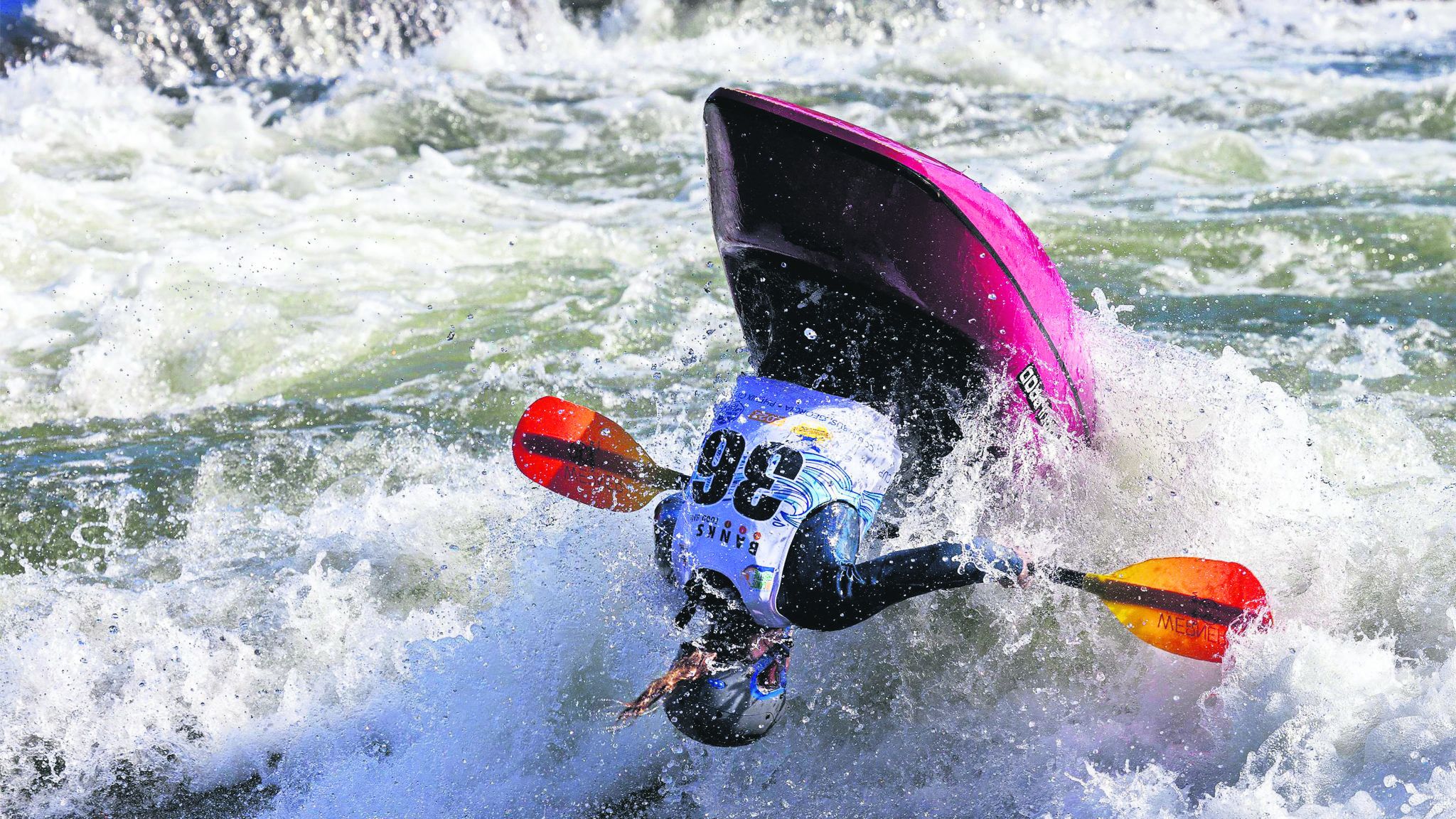 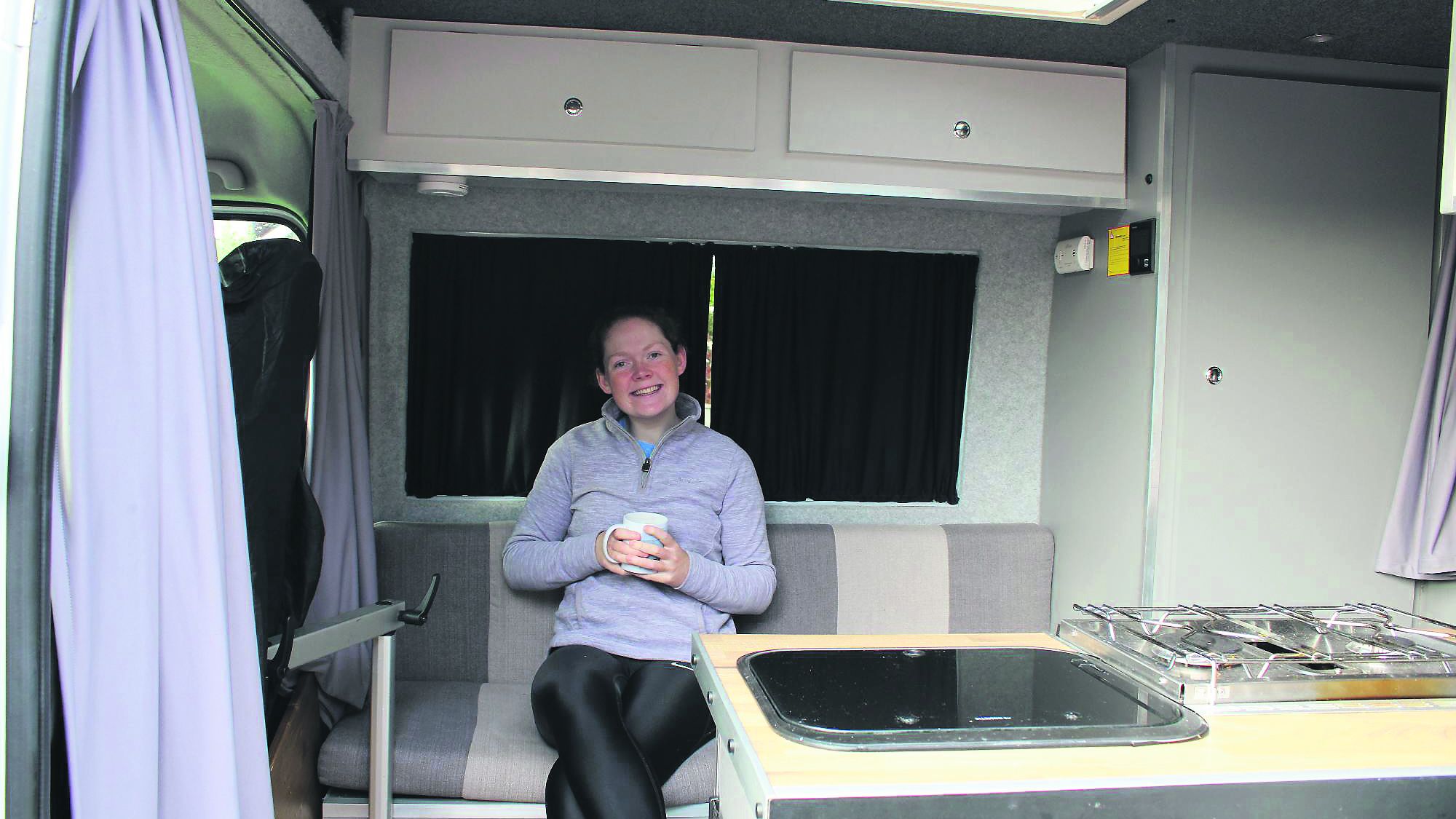 The sportswoman will spend much of this winter in her converted van, to get in as much training as possible.