The young lamb got his head wedged in a bucket after feeding. (Photo: David Creedon/Anzenberger)

A YOUNG lamb who got his head wedged in a bucket after having his dinner was ‘rescued’ by his owner in Bantry yesterday.

The little lamb was grazing on the Goat’s Path near Bantry, when his got his head stuck in the bucket he was feeding from. 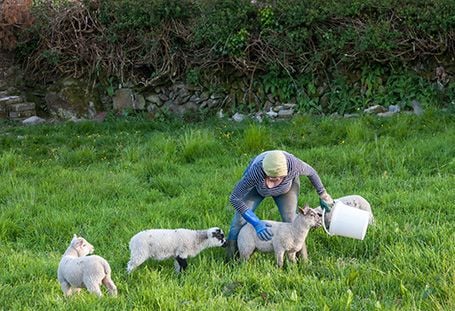 He was unable to dislodge his little head until his owner Mary O’Brien arrived and rescued him. 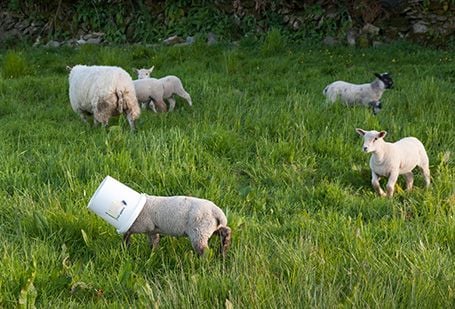 Our pictures, by David Creedon of the Anzenberger agency, show the other lambs looking on, unable to help out, until Mary’s arrival to save the day!