EDITOR – Thanks to the heritage unit of Cork County Council for a grant of €1,500 and to the local people who supported the GoFundMe to pay for the cost of the detailed survey by David Kelly Partnership Chartered Engineers on the old Catholic ruined church at Kilcoe.

A word of thanks to Cllr Ross O’Connell for his support at municipal council level in getting my concerns heard.

This report confirms that the ivy and vegetation, which has already impregnated the structure, will destroy the monument unless urgent action is taken, following the advice recommended by the conservation engineer. The first requirement is that the ivy needs immediate attention during the winter months.

This church dates back to the late medieval period and has many archaeological features, such as an arched headed doorway, a single ogee headed window, a piscina and an aumbry.

Other areas of the country have many structures from this medieval period such as Holy Cross Abbey or Clonmacnoise, to mention a few.

The Kilcoe church is a rare treasure in this area of West Cork and should be preserved for future generations and for historians and archaeologists alike.

Although this wonderful old church ruin is in private ownership, it is incumbent on us as Irish citizens to get this historic monument restored before it is too late.

It is listed in the current County Development Plan as a protected structure, and I am concerned that part of our heritage will be lost forever, unless the Kelly report is acted on. 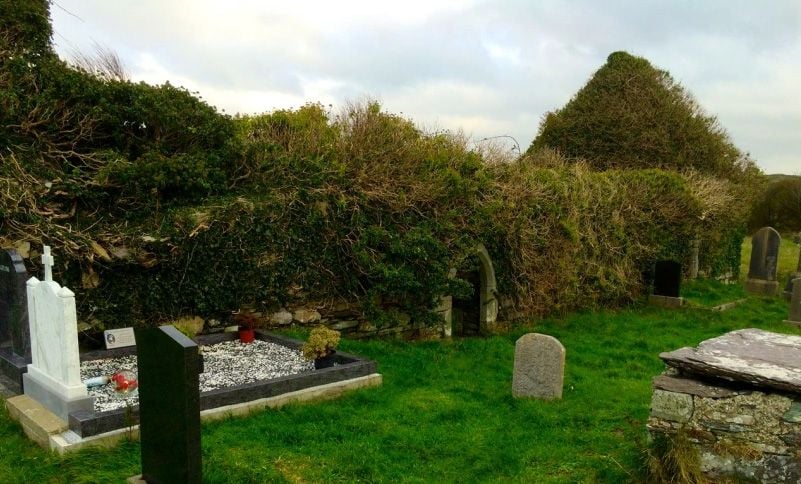 goes on for government

EDITOR – The ongoing ‘saga’ of the Children’s Hospital continues. How could a government agree to the construction and furbishment of this facility without a full cost analysis? This is a basic requirement in any projected expenditure.

Yet it seems it did not properly occur in this case.

EDITOR – The strike action by maintenance workers at Whiddy Oil Terminal covered in a recent edition is unfortunate but sadly a sign of the upheaval ahead for fossil companies, as the majority of governments worldwide pursue green energy to reduce carbon and invest in sustainable projects.

But Deputy Collins’ comments are yet another example of mealy-mouthed politicians regurgitating nebulous soundbytes. I refer to his crass remark stating that the loss of maintenance jobs would have a ‘devastating effect’ on the local economy.

To put this fallacy into perspective, the terminal, town’s and surrounding areas’ nadir was undoubtedly 1979 and Ireland’s worst maritime tragedy.

The intervening years were fraught with uncertainty as, apart from the human devastation, the economic point of view would have appeared that the terminal may not re-open.

The deputy then attempts to pigeonhole Zenith Energy as insensitive and rapacious by claiming the workers deserve to be treated with respect.

It would be more appropriate for a local TD to state the terminal is a major employer and renders huge turnover to the local and wider economy through materials and harbour dues etc.

A redress, if any, must be undertaken without input from politicians issuing empty words.

Back in the Day brought back great memories

EDITOR – I am looking at the photograph of boys  in St Fintan’s school, in the 1970s, in your Back in the Day column.

Due to the passing generations, I would not know anybody in the photograph, but it does take me back, reviving happy memories, because it was my first school,  from 1950 to 1955.

It was a great building, and solid as a rock on the coldest day in winter. That building was very hot – completely draught-free.

The caretaker was working there so we got a mini-tour of it, and my son was very impressed.

Many years later, in 2017, with my wife, and all the family, including my daughter-in law, we visited it again, but the building was barricaded up.

The family were still all delighted, to see what was, for them, historic heritage.

Although I am out of Bandon since 1961 – I am living in Leixlip, Co Kildare, since 1972 – I still have a great affinity with the place.

Keep up the good work with Back in The Day.