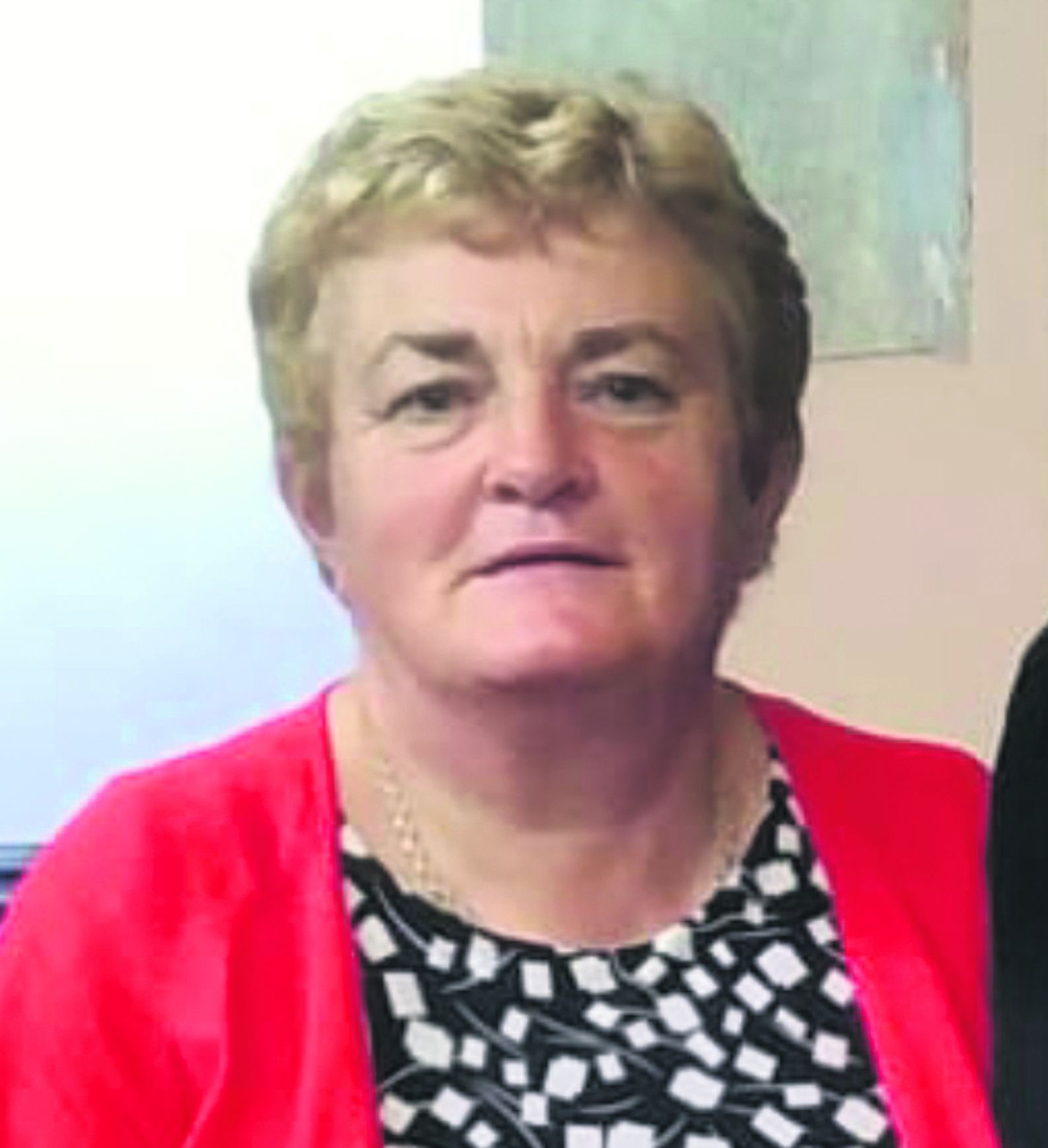 RENANIREE woman Ber Cotter cannot wait for marts to re-open once Covid restrictions lift. Before the pandemic, she attended the local mart every Saturday, and travelled to Kenmare every Thursday.

Bernadette who farms a herd of 52 suckler cows at Kilnamartyra, Macroom, said that outside of the social contact, it gave her a great insight into prices and weights.

‘I went to the marts every week, but would only have sold there two or three times a year, and it gave me a great feel for what was wanted at different times,’ she said.

The 57-year-old mother of five is married to Sean and farms with her son Dermot. She is passionate about breeding quality stock and breeds using mainly Shorthorn and Limousin. She sells most of her weanlings, and they’re in strong demand given their high quality with many annual returning customers. Her cows are above the top 10% for replacement index.

Weighing stock regularly is a practice she believes in to monitor performance, achieving 1.15kg average daily gain per calf.

Ber says she gets great enjoyment out of her ‘girls’: ‘They’re treated exceptionally well and I’ve names for them all.’ When she’s not farming, Ber enjoys looking after her 15-month-old grandson Ben. FARMING on the outskirts of Bantry for the last 40 or so years, Martin Crowley has a mixed farming enterprise of both cattle and sheep and follows best practices in both.

He has 13 Saler cross sucklers who calf in February-March and are sold as weanlings in October-November. His practice is to separate cows and calves, allowing them to suckle twice a day, as this allows for easier heat detection.

Martin currently has around 70 ewes. ‘Our lambing would be in late February-early March and they’d all be sold locally between July and September. That allows for good grass management,’ he said. Martin has improved his genetics on both the beef and sheep enterprises by using Eurostar rams as well as 100% AI for the last number of years.

By being involved in BDGP-S suckler schemes, he has increased his output performance.This year his average daily gain was 1.48kg across the board –  1.55 for male calves and 1.34 for female calves. The guidelines are set at 1.3 for males and 1.1 for females.

Married to Mary, they have two sons and a daughter. Jonathan works on the farm and has an agricultural contracting business; Conor works on a farm in New Zealand where he’s married with two children and daughter Deirdre is nursing in Aberdeen. 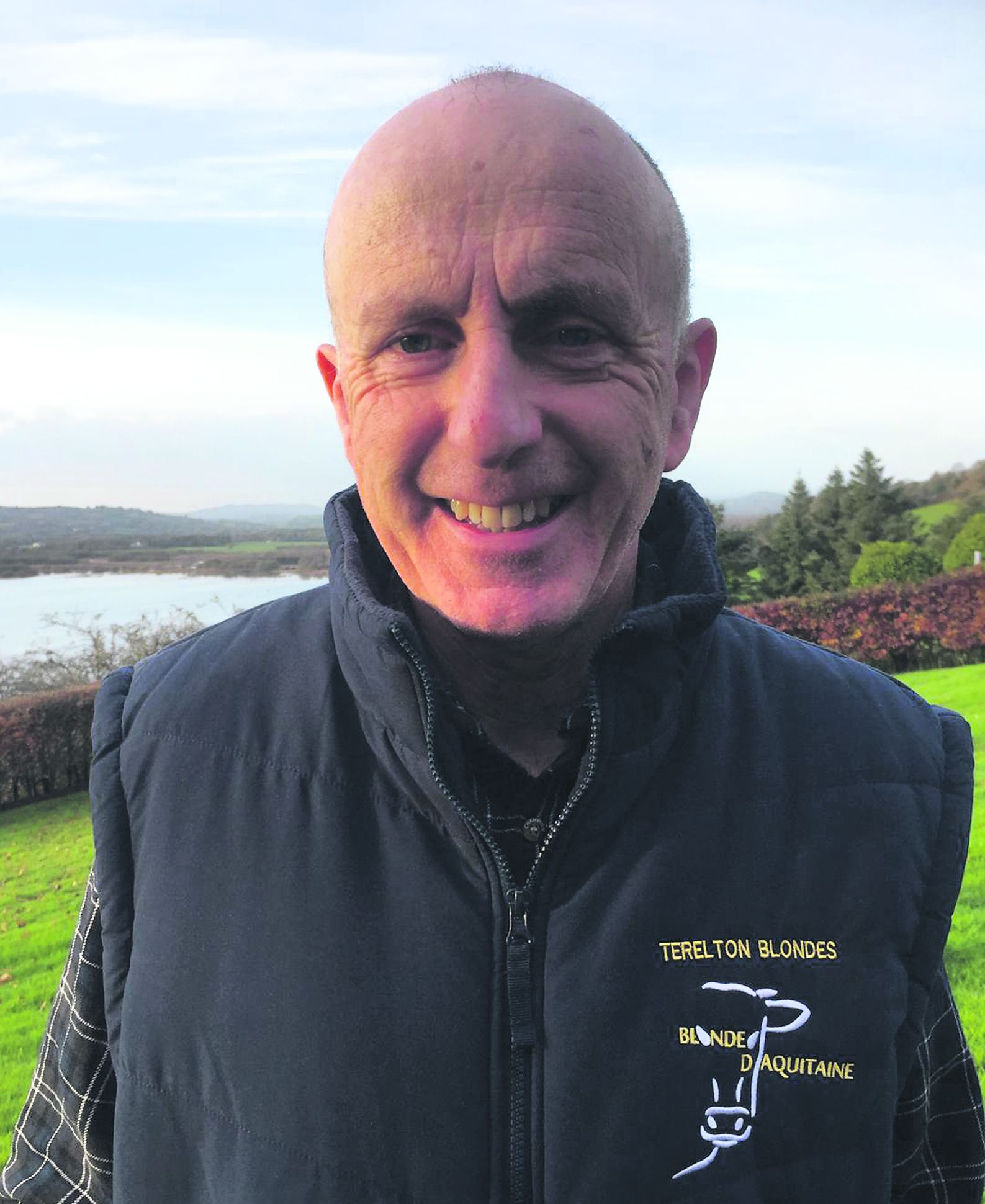 MACROMPIAN Sean Galvin has a pedigree herd of Blonde d’Aquitaine and Hereford cattle at his farm at Terelton. He started by purchasing a pedigree heifer in 1995 and he has steadily built up the herd since to 25 pedigree cows plus their followers, totalling 60 stock.

Replacements heifers are kept in the herd, his main enterprise is producing pedigree breeding bulls for sale using the best available genetics. He has built up a very strong reputation in the Blonde breed, and was a national finalist in the 2019 FBD-ICBF Herd Competition.

‘In the past 10 years I’ve used mostly AI, using the best genetics from France and the UK’ he said. As a member of ICBF Whole Herd Performance Recording, the cattle are weighed and linear scored, and all required farm data is collected and provided to ICBF. He has excellent grassland management on the farm, and is stocked at 2.9 LU/ha. The live weight performance of 1.26kg/day is achieved.

Married to Geraldine, they have recently set upMacroom Beef, selling to locals using Blonde Beef which is lean and tender.

They have three daughters, Áine, Deirdre and Tricia. Sean enjoys watching GAA matches and spending time with his grandsons Leo and Tom.

The winner of the Drystock Farmer of the Year award will be announced at The Southern Star and Celtic Ross Hotel West Cork Farming Awards  live-streamed presentation ceremony, which will take place as soon as Covid-19 restrictions allow. 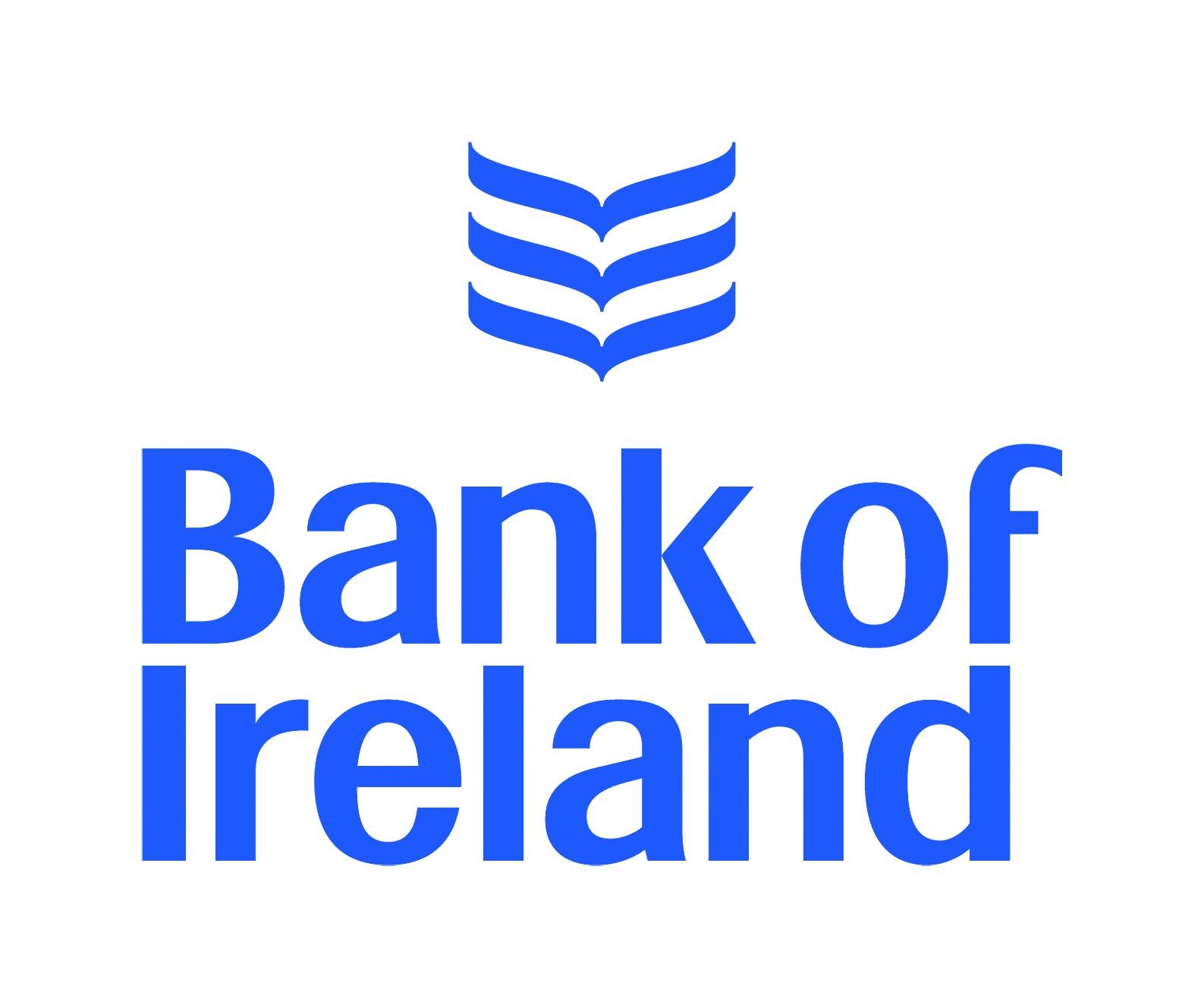 The West Cork Farming Awards Drystock  Farmer of the Year category is sponsored by Bank of Ireland.