Southern Star contributor Aisling Meath’s baby grandson was recovering from pneumonia in Peru when the crisis hit and for a time it was unclear how, or when, they’d get home

DESPITE the shadow of the dreaded virus, Mother’s Day was even sweeter for me this year in the knowledge that my daughter Caia, her husband Carlos, and two baby sons, were safely on an Air France flight travelling from Lima to Paris.

Caia had been caught up in the restrictions imposed by Covid-19 while on a family holiday to Peru, and they found themselves unable to return as the country went further and further into lockdown.

One of her sons had just recovered from pneumonia and the family were anxious to get home.

Meanwhile their plight, as well as hundreds of other travellers locked in Peru and beyond, began to gain media attention as the realisation of a changed world began to sink in. 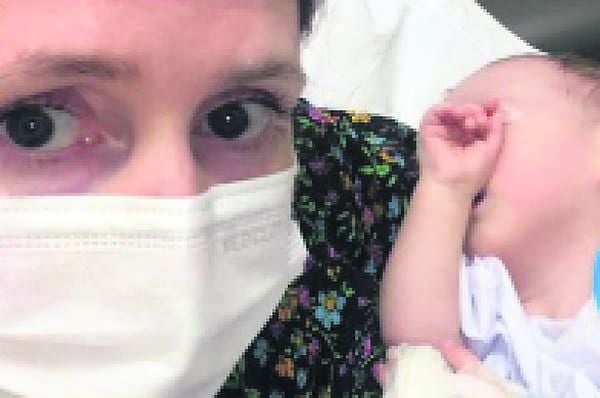 All the travellers in Peru were urged to make contact with their embassies and hope for a special charter flight to take them home. My daughter and her family are London based. Caia met her Peruvian husband Carlos travelling around Peru in 2007, and the country has a special place in her heart.  They try and get back every two years at least to see the family there.

She said: ‘We got news on Sunday morning that we were lucky enough to get seats on the Air France plane taking off that afternoon. The plane took off from the military airport as the main one is completely closed. We arrived in Paris on Monday and had to run to our connecting flight  as it was the last one of the day.

‘We are now home and thankfully everyone is well, and baby Sebastian is back to his usual happy self. Thanks to everybody for all your lovely supportive texts and kind words, it meant the world.’

Meanwhile, a Bantry couple in lockdown in Cusco in Peru for the past 10 days said things are getting unsettled there now, following the death of one tourist from the virus.

Ruadhan Elliott and Catherine Scroope, along with over 30 other Irish tourists, have found themselves stranded in Cusco after the Peruvian government embarked on a lockdown.

‘We are still waiting to get confirmation about transport from here to Lima -– which is a two-hour flight – and then get a chartered flight out of Lima. We have a confirmed tourist death and things are getting very unsettling with tourists  being advised not to go out for food now,’ Catherine said.

A Department of Foreign Affairs spokesperson said: ‘We are working 24 hours to get the necessary transport and permissions in place to move them.’