The Little Tipple is run by Ronan Donnelly and his wife Emer. (Photo: Andy Gibson)

TRIPS to a garden centre in Bandon have become a lot more indulgent, thanks to a couple who transformed a former horsebox into a gourmet mobile coffee dock and named it ‘Tipsy.’

Speaking to The Southern Star  Dubliner Ronan Donnelly – who runs it with his wife Emer, who hails from nearby Ahiohill – said they started their pitch at the centre during the summer. 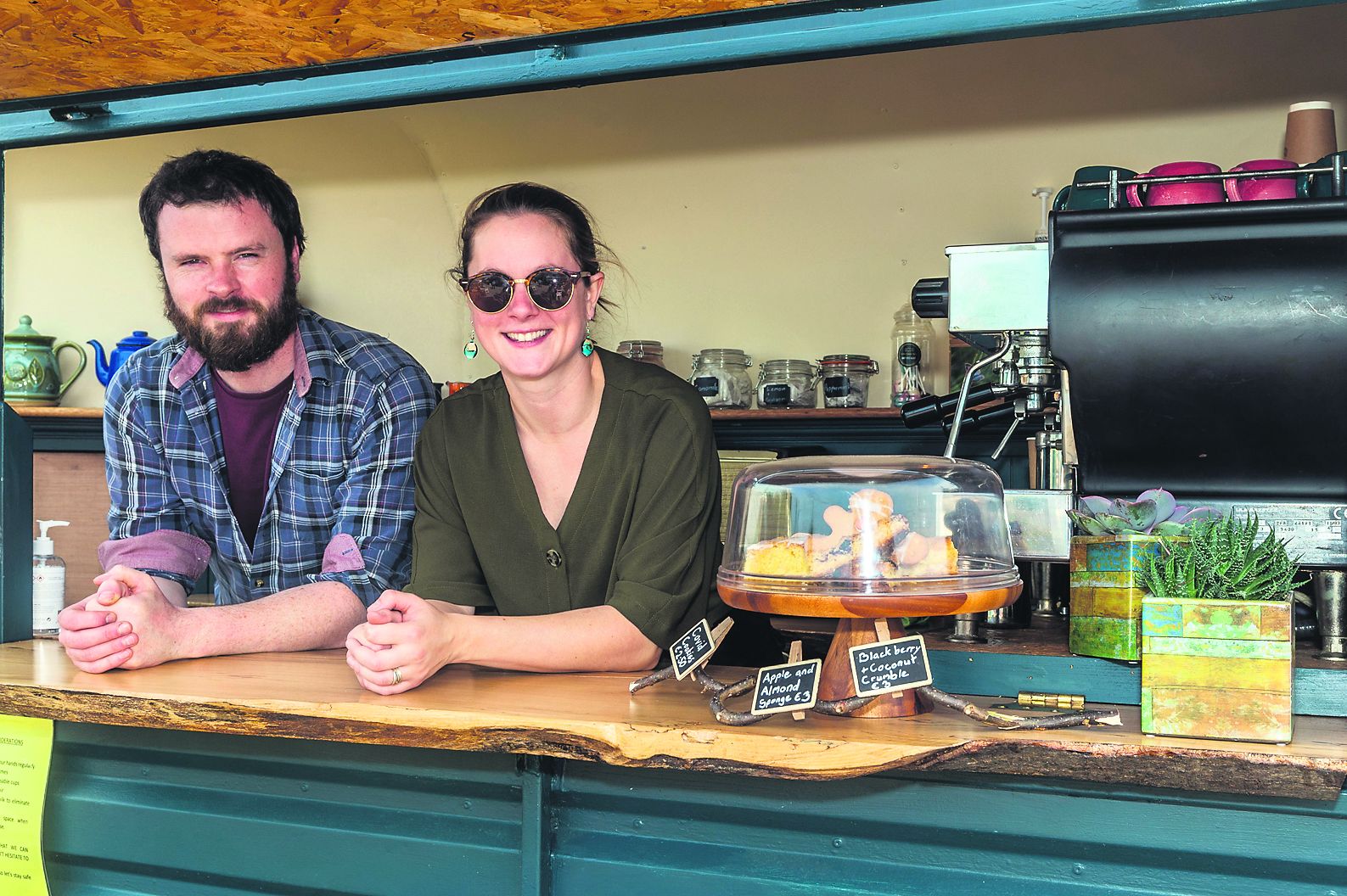 Ronan Donnelly and his wife Emer.

‘We got a horsebox from a man near Enniskeane and converted it and we were using it for wedding receptions and other events, but when Covid-19 hit we had to reinvent ourselves and turned it into a coffee dock,’ said Ronan, who is a chef by trade.

‘We just called into DJ at the garden centre to see would he be interested and they loved the idea of us setting up there as we are mobile and it would also increase footfall and benefit both of us.’

And it’s not just the customers of Bandon Garden Centre who have taken to the Little Tipple Company. The duo recently  catered for a wedding event in Riverstick and also hosted a coffee and scone morning for another event in Castletownbere.

‘Business has been great so far and the feedback from customers is very positive. We have in fact bought a second horse trailer and we plan to convert that into a food outlet which we should have up and running from March next year.’