These were the words used by Martin Luther King in his famous “I have a dream” speech in 1963 and we are all feeling a bit like that this week.

Before I get cancelled, I am in no way equating the generational struggles of African Americans to escape the shackles of slavery with our two years working from home, baking sourdough and looking at the four walls.

But it still feels pretty good to be out the gap, doesn’t it? Free at last. For the time being anyway.

Michéal Martin delivered a measured, and at times emotional speech on Friday evening – his 23rd Epistle to the Coronalonians – and really got the tone right.

Martin said he never looked forward to a spring like he’s looking forward to this one. ‘It’s time to be ourselves again,’ he said.

And few people would begrudge An Taoiseach the chance to finally deliver some good news after two years of Friday night doom-mongering. His personal poll ratings were already looking up for him on Sunday morning, although not so much for his beleaguered party.

It appears he was lucky to get to make the announcement at all. The leaks were coming thick and fast on Friday afternoon. Fine Gael’s Helen McEntee appeared to have stolen a march on Instagram but soon deleted her post. Presumably, Leo Varadkar had to be tied down to a snooker table to stop him from running out into the street to find a microphone.

The question, of course, is what do you do with your freedom when you finally get it?

I don’t know about you, but after two years of low-level anxiety and restricted movement, there’s a certain feeling of institutionalisation that develops. We’ve become accustomed to our own private rituals.

I mean, where do you even begin? Do you meet a friend for brunch? Plan a trip to the cinema? Take a corpse to the local post office? There’s simply too much to choose from.

Weber gets a real grilling

It was sad to hear of the death of Marvin Lee Aday, best known as rock superstar Meat Loaf, who passed away last week, most likely due to Covid. Anyone who went to a disco in West Cork at any point between 1977 and 1997 will have seen a ‘bum fluff moustache’-wearing metaller sporting a Bat Out of Hell t-shirt, denim jacket or badge. They were as ubiquitous as AC/DC or Guns N’ Roses t-shirts at one time. The album was absolutely huge. Meat Loaf himself enjoyed a famous ‘middle-of-nowhere’ tour of Ireland in the late 1980s when his career was in a bit of a lull, travelling around to unlikely venues such as Conna Castle in north Cork and Neptune Stadium in Cork city. He cited it as one of the things that helped revive his own attitude to his career. He could hardly have found a more receptive audience.

Things took a turn for the surreal last week, however, when outdoor grill maker Weber was forced to issue an apology for sending a recipe-of-the-week email earlier featuring instructions on how to prepare ‘BBQ Meat Loaf.’ Bad timing or sensational marketing, depending on your facility for cynicism.

It’s mad to think that the pandemic started and ended with a bat out of hell.

The Eagle is watching!

It was alarming to see reports that Russia is planning to test missiles off the Cork coast over the next few weeks.

The Russian navy and air force have informed the government they will be testing weapons about 240km off Cork at the start of February. With tensions escalating on the Ukrainian border, there is no coincidence Putin is flexing his muscles in this way, but he’s chosen the wrong people to mess with on this occasion. I know he comes from the KGB but has he ever heard of the FCA? We see what he’s at, prancing around Siberia bare-chested on a stallion, pretending he’s God Almighty when we all know he’s overseeing a blundering kleptocracy. To invoke the famous newspaper man Fred Potter, I’d like to remind Mr Putin that we in The Southern Star, (incorporating the Skibbereen Eagle), will be keeping a close eye on his antics. 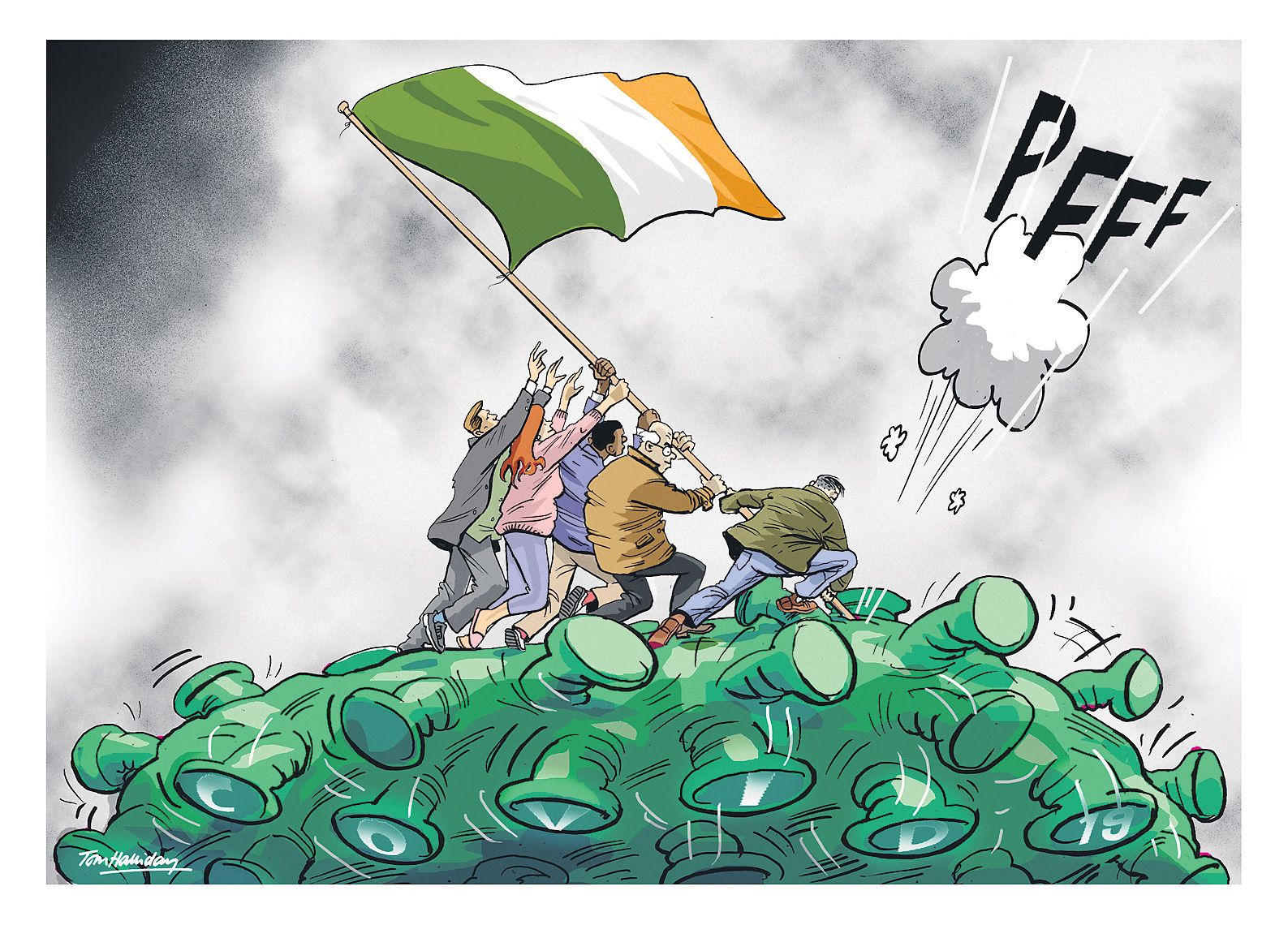