Glengarriff's Darragh McElhinney won the July monthly award after winning a bronze medal at the 2019 European Athletics U20 Championships.

Mark White: The opening monthly award of the year was in very safe hands when the UCC football goalkeeper scooped the February accolade for his role in the college’s first Sigerson Cup triumph in five years. The Clonakilty net-minder, standing at six foot four inches tall, was a colossus all through and kept a clean sheet in the final against St Mary’s. White went on to impress for the Cork senior footballers in 2019, and this year he has decided to step back from inter-county as he’s heading to America for the summer.

Chris O’Leary: The Valley Rovers man was one of the heroes of UCC’s Fitzgibbon Cup triumph in February, playing a lead role at right half back. In the semi-final against DCU he scored an impressive 1-5 from defence, including a crucial 82nd minute penalty, and he caught the eye again in the final, against Mary I. The good news is that the former Cork minor and U21 is back involved with the Cork senior hurlers this season and featured in the Munster Hurling League.

John Hodnett: Of all the monthly winners in 2019, Hodnett had the shortest to travel as he’s from Curraheen in Rosscarbery. A former Carbery Rangers footballer, he is making his name on the rugby field and he was one of Ireland’s stand-out performers in their U20 Six Nations Grand Slam success, and won a March monthly Sports Star Award for his efforts. The UCC student also travelled to the U20 Rugby World Cup in Argentina last summer and this season he has been involved with the Munster As.

Josh Wycherley: Like his Ireland U20 team-mate Hodnett, Josh Wycherley was one of the driving forces in the country’s Grand Slam success in early 2019, with the Kealkill man’s two tries in the tight win against France one of the highlights from the U20 Six Nations. He won a March monthly award for his heroics. Josh’s older brother Fineen Wycherley, of Munster Rugby fame, might stand a few inches taller than his younger sibling but it was Josh who dominated the headlines in early 2019. He is currently involved with the Munster Academy and is one to keep an eye on. 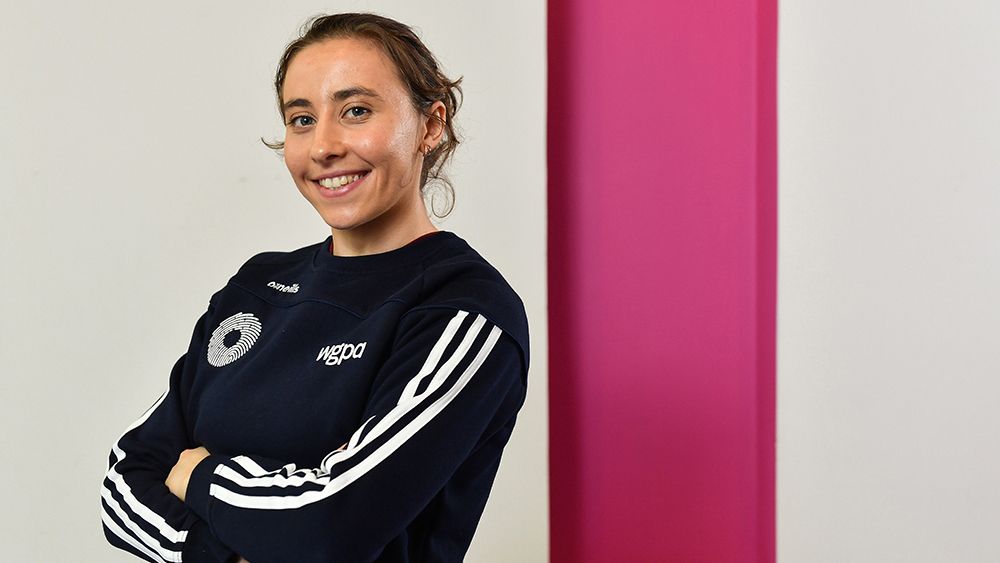 Melissa Duggan: Following her key role in Cork’s Division 1 football league final triumph, including a goal in the titanic league semi-final against Dublin, the Dohenys defender picked up the April award. On a personal note, her season got better and better, as she won her first TG4 All-Star award, was named Munster Ladies’ Footballer of the Year, captained Munster to Interprovincial success and helped Dohenys win the county junior B football title. An incredible year for a talented player.

Ian Crowley: What a memorable 2019 it was for the Togher Celtic captain as he led his team to Beamish Cup final success in April, and that earned him a monthly award. It was the first time in 22 years that Togher captured the Beamish Cup and it sparked huge celebrations after they stunned the favourites, Drinagh Rangers, in the decider, winning 1-0 thanks to a third-minute Donnacha Collins goal. Defender Crowley was a rock in the Togher defence that repelled everything Drinagh could throw at them.

Conor Hourihane: What an incredible year it was for the local soccer star, who has gone from the Town Park in Bandon to the Premier League. The Republic of Ireland international midfielder won the May award after he starred in Aston Villa’s promotion to the Premier League. In doing so, Hourihane has become West Cork’s first-ever Premier League footballer. No surprise, he has continued to excel and has seven goals for Villa this season and is their second top scorer. It’s worth noting that he also scored a stunning winning free kick for the Republic of Ireland in a Euro 2020 qualifier win against Georgia last March.

Darragh McElhinney: The Glengarriff athlete knows these awards well and is a former West Cork Youth Sports Star overall winner. He won his first adult monthly award in July 2019 after his terrific bronze medal in the 5000m at the U20 European Athletics Championships in Sweden. In doing so, he became only the third Irishman ever to win a 5000m medal at these championships, joining a unique club that includes John Treacy’s silver medal in 1975 and Mark Carroll’s gold in 1991. Darragh’s now in his year in college at Dublin City University and with his junior athletics days behind him, he is facing into his first year too as a senior athlete.

Peter O’Driscoll: What a year it was in 2019 for the Ilen Rovers clubman as he captained the Cork U20 footballers to Munster and All-Ireland success, beating Kerry, Tyrone and Dublin along the way. O’Driscoll was captain fantastic for the young Rebels, starring in the half-back line and driving his team on to glory. No-one will ever forget the All-Ireland final comeback against Dublin when Cork came from nine points down to win by eight. Afterwards, O’Driscoll told the Cork fans, ‘We’re back, baby!’, and he then won an August monthly award to recognise his role.

Fintan McCarthy: 2020 has the potential to be an incredible year for this Skibbereen rower given what we saw from him in 2019. Fintan rowed his way to an August monthly award after he partnered Paul O’Donovan to gold in the Irish men’s lightweight double at the 2019 World Rowing Championships in Linz, Austria. Their performance in the A final is already the stuff of legend, and the Skibb duo also qualified the boat for this summer’s Olympic Games in Tokyo. Now the challenge for McCarthy, who only won his seat in the boat weeks before the Worlds, is to keep his place in the double.

Eimear Minihane: Even given the rise of rugby in West Cork, it was incredible that eight players from Skibbereen RFC made it onto the Munster Women’s U18 panel. Not only that, Schull teenager Minihane, now a first-year student at UCC, starred as Munster won the IRFU U18 Women’s Interprovincial Championship in September, and she was then presented with a Sports Star monthly award for September. The powerful number eight was named the Interprovincial series’ Player of the Tournament, as well as picking up the Spirit of Munster Award. She’s one to watch.

Joe O’Sullivan: When O’Sullivan was 16 years old and training with St James’ juniors, he never told his parents, but there’s no hiding what the 21-year-old achieved in 2019 as he captained his club to their first-ever Carbery Junior A football championship title. It was an incredible success for the club, who went on to contest the county junior A football final. O’Sullivan, who accepted the September award, is one of the younger players on this experienced St James’ team that defied all the odds in the Carbery GAA story of 2019.

Tony Stephenson: The talented Bantry man won his second senior WAKO World Kickboxing Championship title last October, the first coming in 2009 when he was a teenager but this latest success means more. The West Cork Kickboxing Club coach and fighter is now the best in the world in his -69kg category after his success in Sarajevo, and he was a deserving winner of the October monthly award. One by one, he beat all his challengers at the Worlds as he proved he is number one.

Enya Breen: She’s busy preparing for the upcoming Women’s Six Nations and intent on making sure she has a huge 2020 to follow on her breakthrough in 2019 when she made her Ireland senior debut in the Six Nations against France, then played against Wales, and in November the Skibbereen woman scored her first try for Ireland in an international against Wales. On the club scene the 20-year-old was presented with the 2018/19 AIL Rising Star Award by Joe Schmidt and also helped UL Bohs win the Women’s All-Ireland Cup. Breen received the November monthly award.