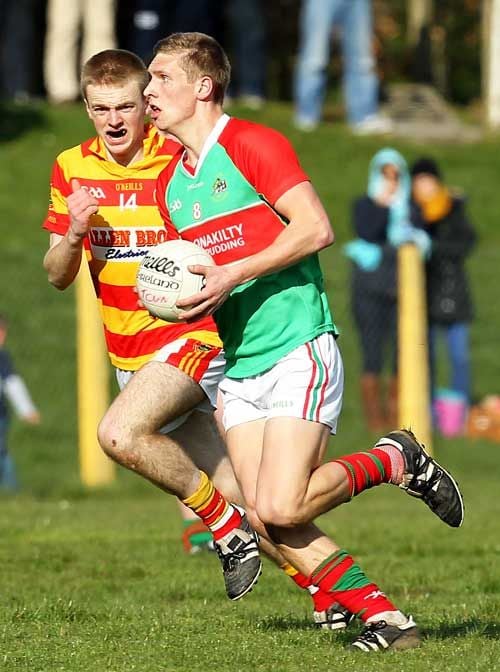 The Cork U21 has been part of Clon’s back-to-back winning U21 teams of the past two seasons and he realises how tough Sunday’s encounter will be against a familiar rival.

‘This will be my third final against Castlehaven. They were very young the last couple of years but will be much stronger and better now and will be all out to beat us,’ White said.

‘I know some of them well and it won’t be easy against players like Michael Hurley. The good thing is that we know exactly what to expect from them. Like Newcestown they give everything on the pitch and if we don’t match their work rate we’ll be in serious trouble.

‘They won’t want to lose three finals in a row to us and that will make them doubly hard to beat. But it’s a big incentive to us to try to win three-in-a-row and it should be a mighty battle. I’m looking forward to that final already.’

Reflecting on the semi-final win against Newcestown, White admitted that while Clon struggled at times, they came good when they need was greatest.

‘We knew this game against Newcestown would be a tough battle. Two years ago we played them with a very experienced team, including Thomas Clancy and Barry O’Mahony, and they gave us a right good cut that day,’ White said.

‘We were struggling when they took the lead in the second half but it was a great finish by the lads. We have a lot of young lads on the team, still minors, and they won the game for us in the end.’