EVEN though Mairead O’Driscoll scored 4-4 in an All-Ireland schools’ football final, it wasn’t enough to earn her the player of the match award. Instead, that honour went to full back Niamh O’Sullivan.

‘Niamh was only in second year, she was only a baby really, and she played so, so well that day,’ explains Mairead, who was a fourth-year student in Mercy Heights, Skibbereen when the school captured the All-Ireland post-primary schools’ senior C football title in April 2010.

That was the first time the school won an All-Ireland in football. It turned out to be the only time, too, as the all-girls’ school has since amalgamated with St Fachtna’s De La Salle and Rossa College to create the current Skibbereen Community School.

‘We are the only Mercy Heights team that has ever, and will ever, win an All-Ireland title in football,’ Mairead smiles.

‘The school was known for its success in basketball so it was great to win an All-Ireland in football too.’

A few weeks ago, to coincide with the tenth anniversary of Mercy Heights’ 6-11 to 4-14 victory against Scoil Mhuire, Strokestown from Roscommon, Mairead posted photos of the Skibbereen outfit on Twitter and wrote, ‘What a team that was.’ Grainne O’Sullivan agrees.

‘The sixth years were the leaders on the team – you had Rachel Looney in goal, Kate Coombes was the captain, Emma Stout, Kayleigh McCarthy, Aisling Kearney,’ explains Grainne, who was a fourth year, like Mairead O’Driscoll, and older sister to player of the match Niamh.

‘The team had sixth years down to second years, like my sister Niamh and Fionnuala O’Driscoll, who both started, and Cliodhna Connolly and Sharon Stout were two more second years.

‘But it didn’t matter what year you were in, we were a team, and even with the age gap we were still great friends. I remember when we were in fourth year we were at Kate’s 18th birthday! There was a great bond there.’

This band of sisters played eight championship matches that year as they brought Munster and All-Ireland silverware back to West Cork. They were also the first Cork school to win this All-Ireland crown – but they didn’t have it all their own way in the final against Strokestown in Croagh, Co Limerick.

Between full-forward Mairead from Tragumna and centre-forward Grainne from Currabeg, best friends since national school, they combined for 5-8, with Mairead scoring four goals in the first half and completing her hat-trick within 23 minutes. Her favourite goal that day, though, was scored by Mihaela Davis in an epic second half.

‘I had a free, I gave it to her quickly, she was left legged so she could always scoot in along the end line and catch people out, and she did – that was a really good goal,’ Mairead recalls.

(This was a time too when Castlehaven and O’Donovan Rossa didn’t have their own ladies’ GAA clubs, so Mairead, Grainne and Niamh O’Sullivan, and Mihaela Davis all lined out for Rosscarbery Ladies.)

At the death, goalkeeper Rachel Looney pulled off a great save to deny the Roscommon side.

‘I couldn’t celebrate after the game because I had run myself into the ground and I was cramping afterwards,’ Grainne says.

‘It was really hot that day and there wasn’t a puff of wind, but we gave it everything. We got on so well as a team and when friendship is involved you play as hard for the person next to you as much as you do for yourself. What says it all is that a second year, my sister Niamh, won player of the match.’

‘The three of us were loving life that weekend, we won an All-Ireland with the school, then travelled to Dublin and stayed in the Citywest. We missed the basketball game on the Saturday, which we lost, but we got to play in the third and fourth-placed game on the Sunday,’ Mairead recalls.

‘It was such a shame we didn’t have our full team going because our club team was our school team and we could have been real contenders – and we could have won two All-Irelands in the one weekend. But it wasn’t to be.

‘I do think that playing basketball helped us a lot with football because we had the sharpness and the fitness, and that showed against Strokestown.’ 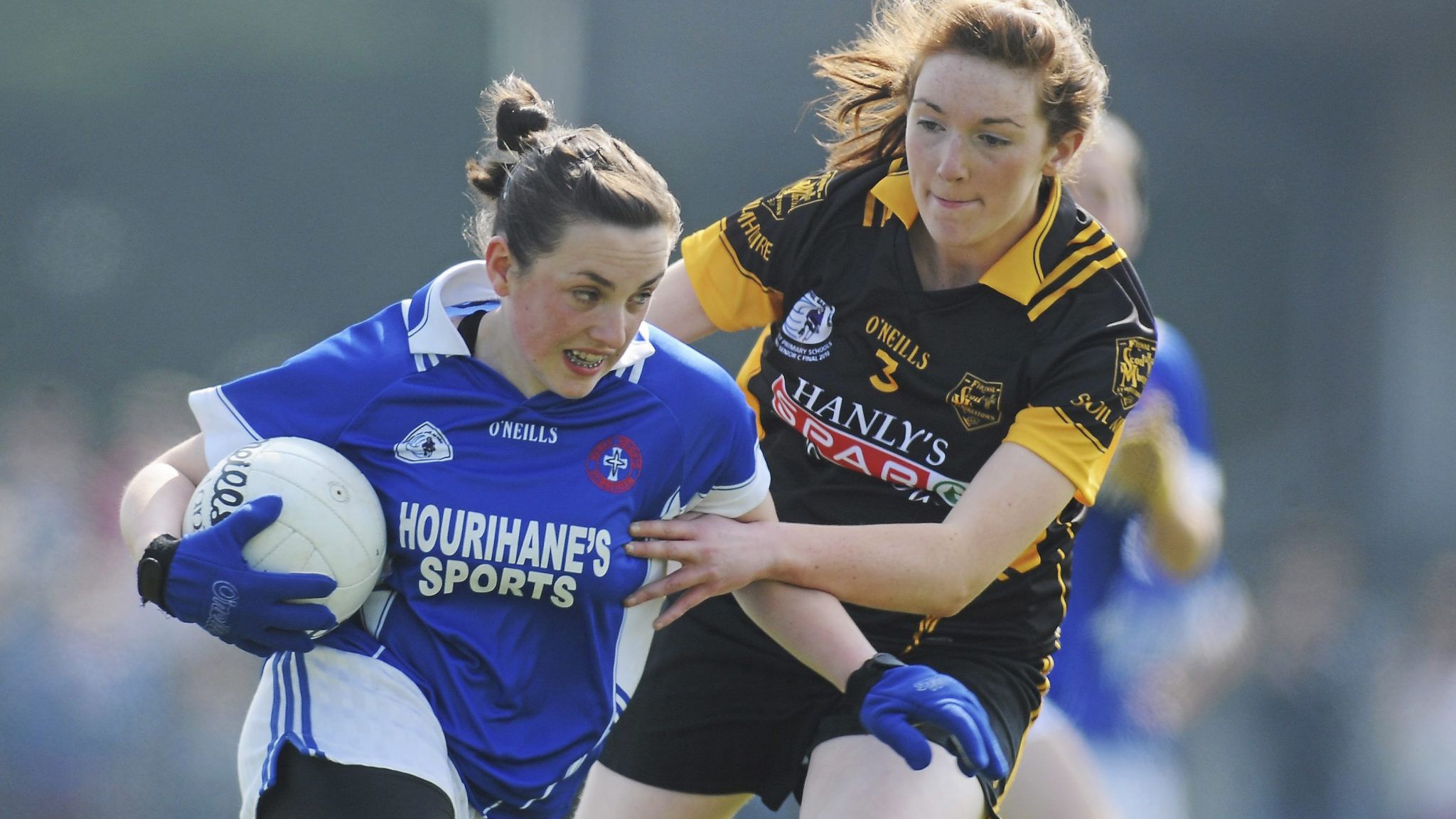 While they missed out on basketball glory, they had the All-Ireland Senior C football crown, a first for Mercy Heights and a reward too for their trainers, Maurice Moore and Diarmuid Ó Donnabháin, who are both teachers at Skibbereen Community School now.

‘Maurice and Diarmuid believed in us so much and we gave as much back to them because they gave us so much of their time and effort,’ explains Grainne O’Sullivan, who is now a teacher at Schull Community College.

Mairead adds: ‘I think Maurice and Mr Ó Donnabháin knew that there was potential in the group, that there were a lot of good players, and we all decided to give it a proper go. When we were in second year, we were on the school senior team that made the Munster final for the first-time ever. We got to the semi-final the year after and then we won it all the year after that, in 2010. We were building, getting closer.’

There were some hard training sessions in the Warren in Rosscarbery, plenty of running, with aching bodies treated to hot soup in the Celtic Ross Hotel afterwards, organised by Maurice Moore. All the hard work paid off. It’s a day those players will never forget – and sometimes they get reminded of it in the most unusual of places.

‘I think it was around October 2017 when I was in Abu Dhabi and, through mutual friends, I bumped into the Strokestown full back from that All-Ireland final, she was the girl marking me,’ Mairead recalls. That’s the day the Castlehaven woman scored 4-4 and it’s the day Mercy Heights hit a new high.